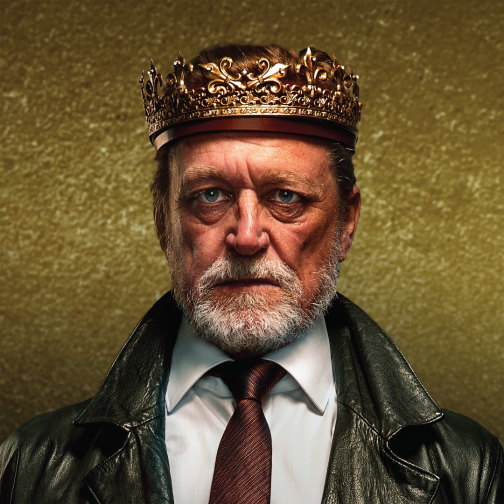 An audio-described performance of King Lear will take place on Sunday 25 June at 4pm at ASB Waterfront Theatre. Access ticket holders can also attend a touch tour 90 minutes before the show. To book $20 access and companion tickets, email boxoffice@atc.co.nz or call 0800 282 849.

Having built an empire, the ageing Lear is poised to abdicate his crown. When he challenges his children to compete for his land, his favourite refuses to play the game. Civilisation is thrust to the edge of chaos and Lear, broken by his own vanity, will be forced to confront who he is for the very first time.

Tender, violent, moving, humbling, King Lear navigates the complexities and contradictions of human nature like no other piece of storytelling. At a time when we are all reconsidering the role of monarchy, Shakespeare’s great meditation on succession, family and country couldn’t be more potent.

Michael Hurst, one of Aotearoa’s greatest exponents of Shakespeare, takes the crown. Renowned for his boldly theatrical contemporary productions, this iconic artist will be joined by a large ensemble cast and a celebrated design team. Using the full majesty of the ASB Waterfront Theatre, they’ll bring to life this poetic and powerful masterpiece. Expect everything.