Arts Access Aotearoa is governed by a board of trustees. Richard Benge is the Executive Director and Lynley Hutton is the Chair.

Richard is responsible for delivering the strategic plan. 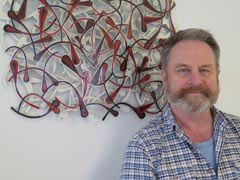 He manages the staff and volunteer team, and reports to the board of trustees. His previous roles include Cultural Affairs Specialist at the United States Embassy in Wellington; Manager of heritage icon Old St Paul’s; and an independent events and communications specialist. After completing a B.Ed degree from Victoria College Rusden (now Deakin University Melbourne), majoring in drama and English literature, Richard worked as a high school teacher followed by Arts Access Victoria as an artist-in-residence in psychiatric hospitals and for Access Arts Queensland. 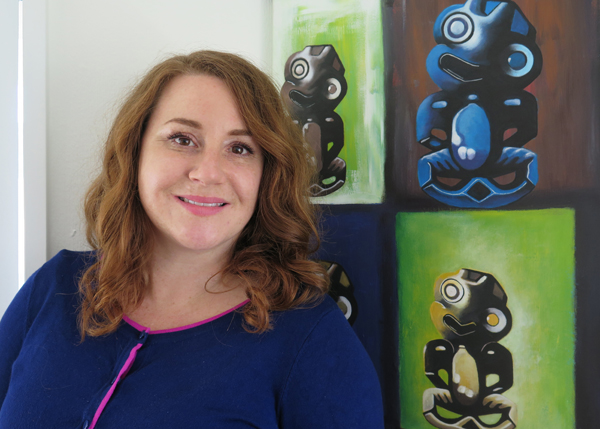 Dawa is responsible for the day-to-day running of Arts Access Aotearoa’s office, supporting the Executive Director and Board of Trustees and delivering the fundraising programme. Before joining the Arts Access Aotearoa team, her work has included office administrator and programme co-ordinator roles. Dawa has a BA degree majoring in theatre from Victoria University of Wellington. She has designed and built costumes and operated the sound desk for a number of Wellington shows.

Dev is responsible for managing the finances of Arts Access Aotearoa. His role includes producing annual budgets, monthly financial results, monitoring of expenditure, payment of creditors and payroll, as well as other projects. Dev has a Bachelor of Commerce degree from the University of Otago and a Bachelor of Law degree from the Victoria University of Wellington. He is a full member of the New Zealand Australia Institute of Chartered Accountants. Dev has more than 20 years’ post graduate experience in finance. 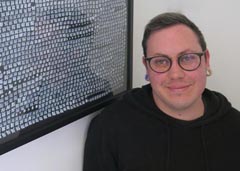 Stace is the first port of call for arts venues, organisations, festivals and practitioners wanting to become more accessible and inclusive in the arts. He also co-ordinates Te Putanga Toi Arts Access Awards. Stace is a practising artist, working in various mediums and is currently exploring ceramics. Stace has a BMA (hons) majoring in painting and sculpture from Wintec. In 2016, he was awarded a Vodafone New Zealand Fellowship for a resource project that became All of Us, Minority Identities and Inclusion in Aotearoa New Zealand. As a disabled person, Stace has strong connections in disability communities and is passionate about access. He has a background in advocacy and community development. Stace works Monday to Thursday. 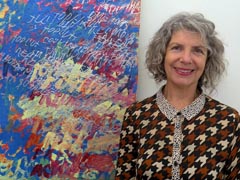 Kate’s role is to support and connect creative spaces around New Zealand, strengthening their resilience and capability, and championing the value they bring to the people and communities they support. Kate has extensive experience in the performing arts sector – as a performer, a creator and in a range of administration roles. She has also worked in the health, community development and philanthropic sectors. She was the Community Engagement and Grants Manager for Wellington Community Trust for seven years. She has an MA in Arts Management. Kate works Monday to Thursday. 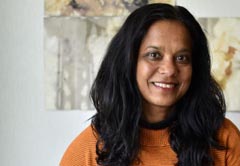 Padma’s role is to support the mahi of Auckland creative spaces.  Originally from Fiji, Padma is a practising visual artist exhibiting in Australia and Aotearoa New Zealand. She has a Masters in Architecture and brings a wealth of experience in the arts and architecture. This includes public programming for festivals and galleries, education, intentional living (minimalist design) and universal design principles. Recent places of work include the Hundertwasser Arts Centre and Wairau Māori Art Gallery (Content and Programme Development), Nelson Arts Festival (Director), Auckland Arts Festival (White Night Manager), Corban Estate Arts Centre (Education Manager) and the University of Auckland (professional fellowship). 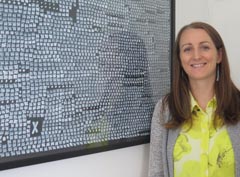 Hannah’s role is to support the Creative Spaces Initiative, which provides critical funding for the creative spaces sector. Hannah has a MA in Creative and Performing Arts majoring in Dance Studies from the University of Auckland. She has worked extensively in arts administration in both Aotearoa and the United States over the past 15 years, including as a Grants Specialist for the Washington State Arts Commission. Hannah joined the team in 2021 and works Monday to Thursday. 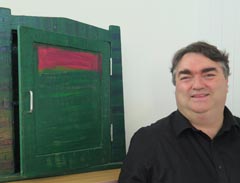 Benedict’s role is to support the Creative Spaces Initiative, which provides critical funding for the creative spaces sector. Benedict has worked in the arts sector for 25 years, starting in the publishing industry and later in the screen industry holding a variety of management roles with Sky TV, Māori Television and NZ On Air. He has produced and written short film, documentaries, theatre, stand-up comedy and a young adult novel Out of Sight. He was a board member of the Frozen Funds Charitable Trust from 2009 to 2017. He has an MA in script writing from Victoria University’s IIML and a BSc in Biological Science from Auckland University. Benedict works Monday, Tuesday, Thursday and Friday. 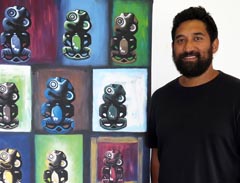 Chris delivers the Arts in Corrections Advisory Service and advocates for the arts as a tool supporting prisoner rehabilitation and reintegration. He is a practising artist of Samoan, Niuean and German descent. He holds an MFA from Massey University and a Bachelor of Performance Design (Hons) from Massey University and Toi Whakaari: New Zealand Drama School. He has also worked for Community Corrections in Wellington and has extensive links in the arts and Pasifika communities. He has developed solo projects with SCAPE Public Art and The Physics Room, Ōtautahi (2018), Play station, Pōneke (2017), and CIRCUIT Artist Film and Video Aotearoa. Chris works Monday to Wednesday. 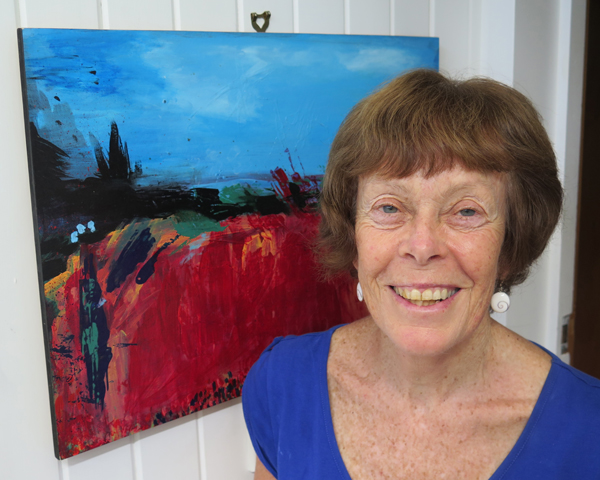 Iona’s role includes writing, editing, promotions and advocacy. She manages Arts Access Aotearoa’s website and its social media platforms. She joined Arts Access Aotearoa in 2008 following a 15-year career as a journalist and then working at Creative New Zealand from 1997 to 2005. She has a BA (Honours) in English Literature from Otago University, and is also a published children’s writer and former editor. In early 2009, Creative New Zealand commissioned Arts Access Aotearoa to write Arts For All, a practical guide about providing access to the arts to disabled and Deaf people. Iona co-wrote, project managed and edited this publication, and its revised editions in 2014 and 2020. Iona works Tuesday to Friday. 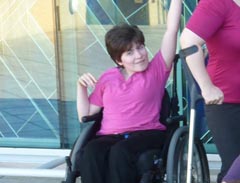 Kezia’s role is to support creative spaces with Flightdec websites to support them to make the best use of those websites. She has been a member of the creative space Wellington Integrated Dance (WIDance) since it began in 2010. Her previous roles have been mostly in administration and data entry, and she has both a certificate and a diploma in multimedia journalism from Whitireia Polytechnic in Wellington. She volunteered with Arts Access Aotearoa for two years before joining the team in 2020. Kezia works Tuesday and Thursday. 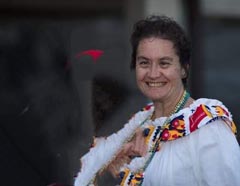 Airini’s role is to update the database and assist with other projects. She volunteered with Arts Access Aotearoa for four years before joining the team in 2020, working one day a week. She continues to volunteer at the Arthritis Foundation and has held a number of other volunteer roles. Airini has studied business administration and Maori at university level. She is a member of Wellington Batucada, a samba drumming group of more than 100 members. Airini works Wednesdays and Fridays.

We have a team of volunteers, who provide valuable support in a range of ways, including communications, database updates and office support.