16 October 2015
Juliet Jackson, an artist who works from Auckland creative space Toi Ora Live Art Trust, is a finalist in the Artistic Achievement category of the Attitude Awards 2015. 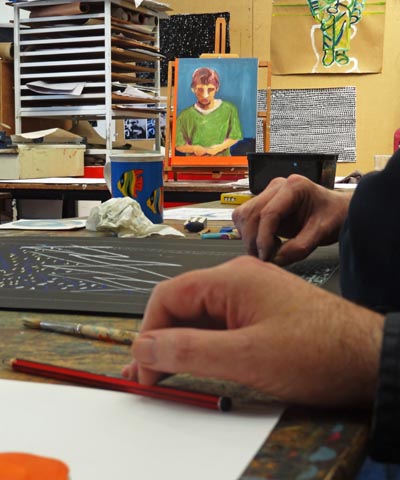 Juliet is a painter, sculptor and writer. She is also blind. Since the age of 14, Juliet has been interested in expressionist painting and completed a fine arts degree at Elam, majoring in painting, followed by a degree in visual communications at Unitec.

The two other finalists in the Artistic Achievement Attitude category of the Attitude Awards 2015 are dancer Salem Foxx of the Kapiti Coast and artist Yaniv Janson of Hamilton.

Yaniv Janson, 23, has had his art exhibited in more than 50 exhibitions, including Israel, France and Canada. His artwork concentrates heavily on social and environmental issues. Like Salem, he lives with Asperger’s syndrome.

When Juliet became blind in 2009 she explored other ways to express herself artistically. She began taking classes in sculpture and creative writing through Toi Ora Live Art Trust.

She started sculpting small figures and animals and then moved on to busts, moulding the head and shoulders by touch. She found a freedom and courage in not being able to see the sculpture she had created. 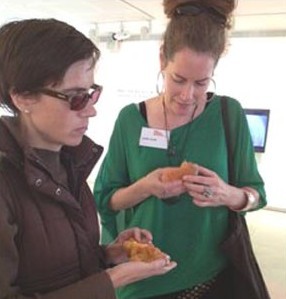 Juliet also completed a masters degree in creative writing from AUT. She has written a self-published novel called Lifting the Mask, and has also produced short stories.

“I turn to sculpture and fiction as a way to invoke questions about the fragility and resilience of the human spirit,” Juliet says.

Juliet participated in Arts Access Aotearoa’s Auckland Arts Advocacy programme in 2013. She is also involved with Be. Accessible, encouraging galleries, museums and theatres in Auckland to become more accessible.

The Artistic Achievement Award is sponsored by the IHC Foundation. Sir Roderick Deane, Foundation Chair, says: “We continue to be inspired by what the finalists have created in their very different fields of artistic endeavour. We applaud their exceptional talent and the unique and extraordinary view of the world they share through art.”

There are eight categories in the Attitude Awards 2015: Courage in Sport, Spirit of Attitude, Making a Difference, Artistic Achievement, Youth, Junior, the Attitude ACC Employer Award and Sport Performer of the Year. The overall winner of the Attitude ACC Supreme Award is selected from the category winners and a People’s Choice winner and Hall of Fame inductee are also announced on the night.

+ Text Size -
Do NOT follow this link or you will be banned from the site! Original generation time 2.0795 seconds.