Fiona Shaw "heaved a big sigh of relief" when a solution was found to the financial woes threatening the future of Nelson's Magenta Creative Space earlier this year. 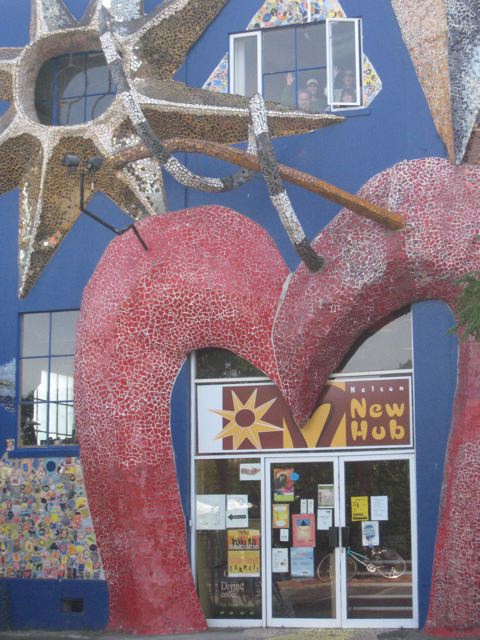 As chair of the charitable trust running the centre for artists living with mental ill-health, Fiona knew how distressing it would be for people using the space if it was forced to close.

Thanks to a grant from the Canterbury Community Trust and a series of cost-cutting measures, Magenta’s immediate future has been secured in brighter, warmer premises above a community youth facility known as The New Hub.

“The previous Magenta was in a bit of a cul de sac,” she says. “Now we’re in a very groovy building with lovely natural light and a fantastic mosaic on the outside. It feels really nice being part of a centre used by other people.”

Magenta has about 25 artists on its books, with as many as nine attending some sessions.

“Some of our artists are living with long-term illness. Some are recovering from depression. Others are keeping well by doing something they love.” 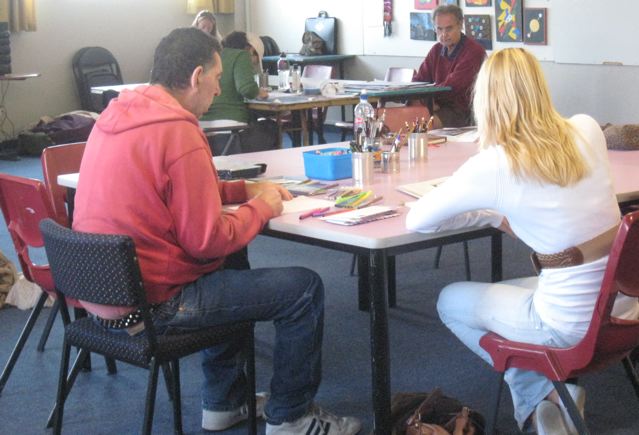 They include textile artist Marina McPherson, whose intricate hand-sewn works were exhibited and sold at the Building Bridges exhibition in Wellington in April. The art exhibition at the Michael Fowler Centre featured works by mental health service consumers and staff, family members and friends from throughout New Zealand.

Marina has been attending art classes at Magenta for several years. She told the Richmond Leader that art became a lifeline as she battled to overcome the devastating impact of schizophrenia. “Art is my passion and I enjoy being creative but art has also been a big part of my journey to recovery.”

Fiona started painting at Magenta in 2007. A year later, she joined the trust’s volunteer board and last year, she took over as chair.

“I found Magenta stimulating from an artistic point of view and a very relaxing place to be,” she recalls. “Everybody understands you are going through something but you don’t have to talk about it. It is such a supportive environment.”