Theatre as a tool to transform 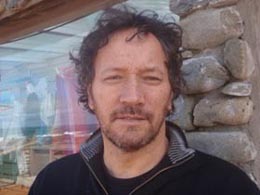 I enter a large, open space where a dozen rangatahi (youth) and staff are ready to meet and greet in mihi whakatau. They are participants and tutors in the comprehensive theatre-for-change programme run at Te Rakau Hua o Te Wao Tapu Trust, based in Wellington.

Jim and his wife, writer Helen Pearse-Otene, join us.

This full-time, 24/7 residential programme, contracted through the Government’s National Bednight Provider Contract, Child Youth and Family, sees rangatahi live as whānau, marae style, alongside their mentor and tutors for somewhere between 18 months and three years.

They eat, sleep, study and perform through an intensive series of education and rehabilitation programmes, where Māori theatre is key.

Today, Māori and Pacific rangatahi stand one by one to mihi, to recite pepeha, their length of time with Te Rakau whānau, and their personal kaupapa and goal. The kōrero is stirring.

The mihi whakatau eventually comes to Jim. His focus is his “24/5” staff. They are constantly affirmed as the weight bearers, the carriers who live shoulder to shoulder alongside their dozen programme charges 24 hours of each day, five days of the week.

“But there have to be changes,” Jim says. “From among our own people, from actors and writers, from artists and leaders, who can walk and live alongside and demonstrate life among those at risk.

“As Māori, we have to take responsibility for solutions and action. There is an emerging middle-class Māori who would do well to connect with a prisoner for the duration of their sentence and bring them home.”

Jim’s roots in theatre date back to the 1960s and the final glory days of the Maori Theatre Trust. In the 1970s, he was involved in television and grassroots theatre that was Treaty-driven. “Didactic stuff,” he says. “But it had to be done.”

It was in those early days that Jim identified his ability to enhance Tino Rangatiratanga by using “creative stuff” – theatre performance. In 1989, he set up Te  Rakau Hua o Te Wao Tapu Trust.

“Te Rakau is in the business of rerouting the hardwiring of these young men and women. What we do while we’ve got them is critical.”

Production of The Ragged in November

A key aspect of the theatre-for-change programme is the presentation of public theatre about the lives of these rangatahi participants to paying audiences. The new work being premiered in November is The Ragged, set in Wellington the 1840s. It will be staged at the Todd Theatre, Kilbirnie.

Daily practice and application of performing art skills builds, layer by layer like new skin. It builds confidence and the potential both to see and to have a future, where there was once little understanding that they had a future.

“For me, it’s about using theatre as a tool for political change, a tool to transform and help people make more sense of the world they live in,” Jim says. “It’s about the choices they can make about what’s happened to them and what can happen in the future.”