The Koestler Trust, a prison arts charity, is celebrating the 50th anniversary of its awards with Free, one of the biggest exhibitions of art by UK prisoner artists, on at the Southbank Centre in London until 25 November. 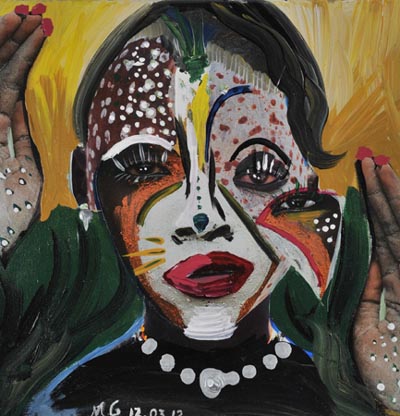 A total of 180 artworks were selected for the exhibition, drawn from more than 4000 visual art entries in the trust’s annual Koestler Awards. Overall, this year’s awards attracted more than 8000 entries across a wide range of creative activities.

The Koestler Trust focuses on prison art and sees the arts as an effective way to engage with offenders who feel alienated from mainstream education and employment.

“To make our society safer, it pays to channel offenders' energies to positive ends, to build their self-worth and help them learn new skills,” its website states. “There is growing evidence that the arts are effective in changing offenders' lives … The artwork we exhibit demonstrates powerfully what offenders can achieve with the right support and educational input.”

This UK trust is named after Arthur Koestler, whose experiences as a political prisoner gave him insight into the relationship between imprisonment and creativity. In the 1950s, Koestler campaigned for the abolition of capital punishment. Once it became clear that the campaign was successful (hanging was finally abolished in 1965), he turned his attention to “an imaginative and exciting way to stimulate, as far as possible, the mind and spirit of the prisoner”.

In 1962, Arthur Koestler decided to set up an annual scheme to reward creative work in the fields of "literature, the arts or sciences by those physically confined”. In the first year, the award attracted 200 entries and over the next few years, it expanded rapidly. In 1969, the awards were formalised and a charitable trust was formed. 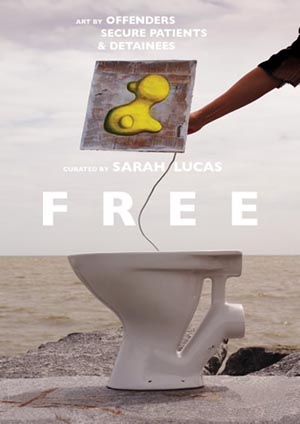 Stephen Shaw, Prisons and Probation Ombudsman, says that creating art inspires thousands of UK prisoners. “The greatest driver of art in prisons in recent years has been the Koestler Trust. I visit a prison on average every ten days, and I know the enthusiasm the Koestler Awards engender.

“Prisoners, whose only acquaintance with art and creativity has often been unhappy memories from school, discover skills they never knew existed. The impact on their own sense of self-worth (and, I believe, on their behaviour) is incalculable.”

The exhibition showcasing selected work from the awards also plays an important role in educating the wider public about the talent within prisons, Stephen says.

The Koestler Awards encourages entries from a wide range of forms – from painting to poetry, from calligraphy to carpentry. Two-dimensional works are the most popular but other well-represented forms include writing, three-dimensional artwork, graphic design and music. Also featured are performance arts, film, photography and fashion.

Cash prizes of between £20 and £60, with £100 awards for outstanding achievement, are awarded to approximately one in four entrants in the Koestler Awards. The award-winning works are also for sale in the annual exhibition.

Most entrants (approximately 75%) opt to sell their work. Of the proceeds from sales:

The Koestler Trust has also developed a mentoring project, designed to address the transition from prison into the community. The website says that the success of the project is due to the commitment and calibre of both the mentors and the mentees with whom they have been matched. 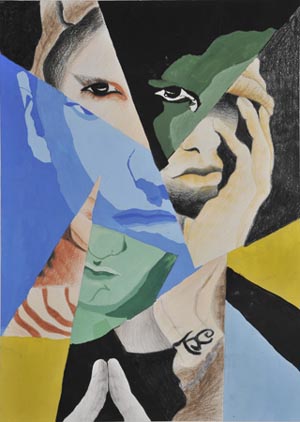 Like many other positive habits and plans made in prison, arts activity often gets lost in the difficult transition back into life on the outside, the website says.

“There is lots of research evidence that ex-prisoners are more vulnerable to re-offending if they are unemployed, socially isolated, homeless or using drugs. Participation in the arts can lead to employable skills, high self-esteem, collaboration with others and a feeling of purpose in life.”

Therefore, it concludes, it makes sense to support artistically inclined prisoners to keep up their creative interests after their release. Not only will it sustain their involvement in the arts but it will also have wider benefits for them and for others, potentially breaking a cycle of re-offending.

Working alongside probation and other resettlement services, the mentors offer ten mentoring sessions over a twelve-month period. Support could be feedback on the mentee’s latest work, giving information about events, courses and other opportunities, introductions to other artists, accompanying the mentee to arts events, and encouraging the mentee to submit work to competitions or for publication.

+ Text Size -
Do NOT follow this link or you will be banned from the site! Original generation time 6.8831 seconds. Cache Loaded in: 0.0013 seconds.