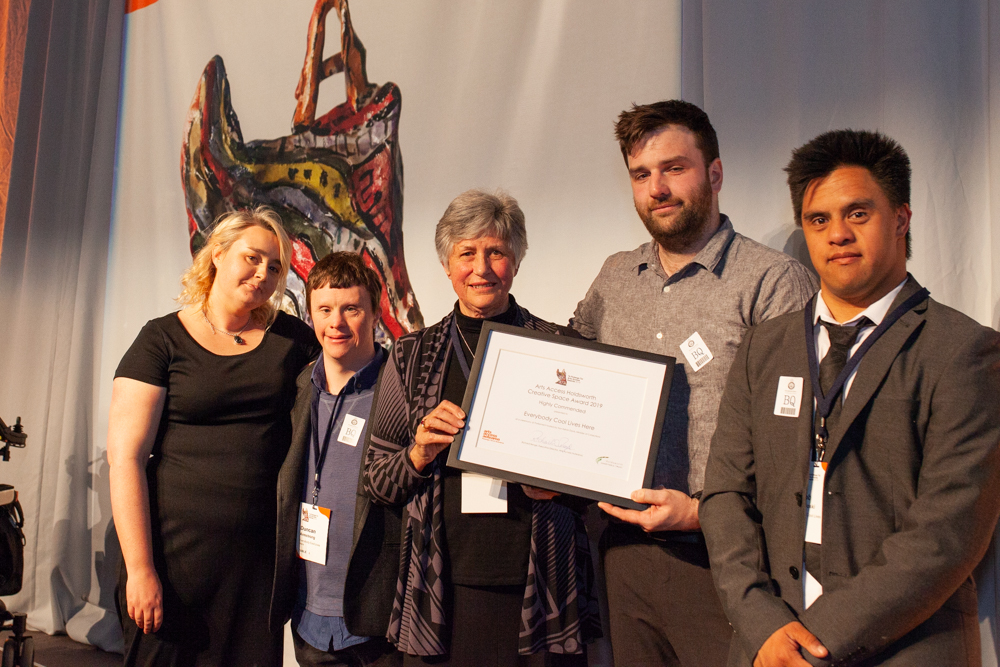 Everybody Cool Lives Here are passionate about New Zealand stories and believe in pushing the boundaries around who and how they are told. They engage with multiple creative spaces and aid the creation of high-quality performance, predominately in theatre and dance. Their artists have faced barriers created by physical and learning disabilities and Everybody Cool Lives Here surround them with a vison of inclusion and support to achieve their goals.

The impact has been immense. Duncan Armstrong secured funding through Creative New Zealand for the first time in his ten-year career.  His solo work Force Field was performed at the Auckland Fringe and won three of the highest awards.

Jacob Dombroski wrote and performed his solo Big J Stylez at the NZ Fringe in Wellington, then secured a role on TVNZ’s Shortland Street.

Everybody Cool Lives Here believe everyone brings knowledge, and sets out to change one person’s mind every time they engage. Each tiny drop can promote systemic change, they say.

Judges’ comment: “This committed, small team is having a big impact and offers huge value to the people it works with. They empower and develop artists, support their ongoing career development, and challenge the arts sector to think differently.” 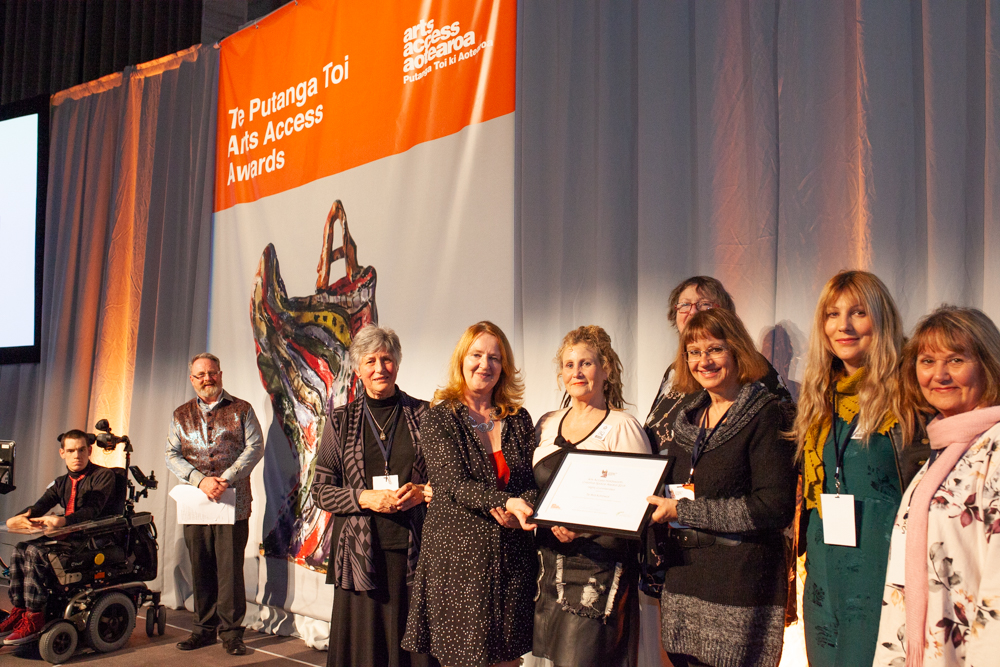 Te Ara Korowai is a gifted name meaning “Embrace the path with the cloak of support”.  It provides a safe, creative space for people facing tough times to find their path to recovery, whatever that means for them.  Members engage in a programme of creative workshops, seated yoga and training.

Among the Centre’s arts projects and many other achievements over the past two years are the 500 handmade poppies for ANZAC Day, a stunning Tree of Life wall mural that later hung in Parliament as part of Te Putanga Toi Arts Access Awards 2018, winning the 2018 Pimp My Jacket runway event through MIX, and WordsMatter, a six-week writing project held in a community café at Paraparaumu Beach welcoming a range of writer presenters, including slam champion RikTheMost, and singer/songwriter A J Crawshaw.

Judges’ comment: “Te Ara Korowai is having a big impact across its community, with exceptional outreach and participation. It has achieved a great deal within the resources it has. We were also impressed by its policy that 50% of its board must be people with lived experience of mental distress.” 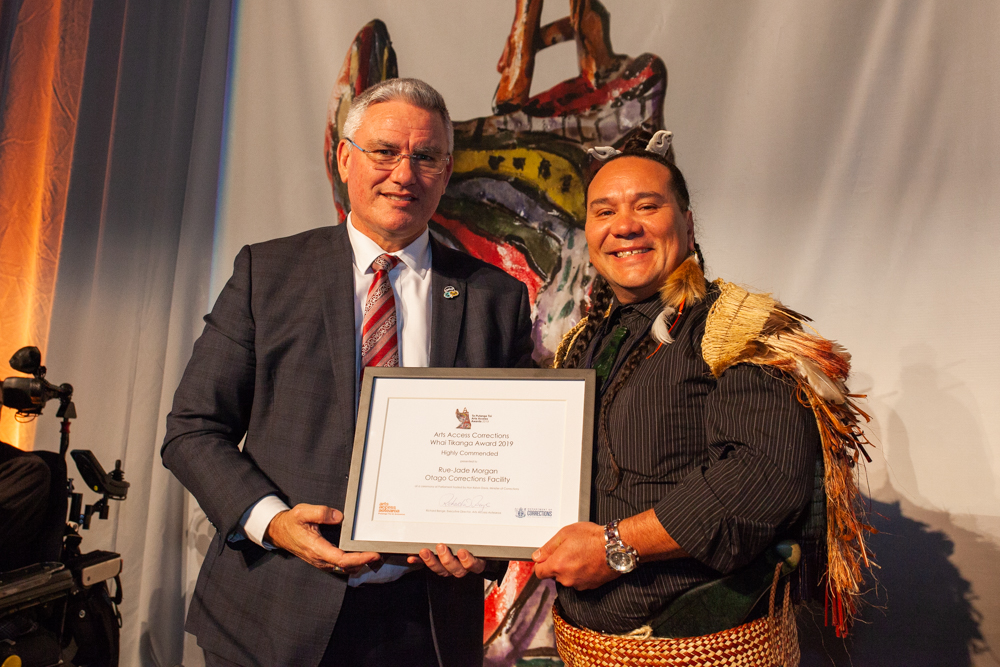 Rue-Jade’s programme targets Māori in high-security facilities, aiming to give them an understanding of who they are and where they come from. Following that, some prisoners have developed so much that they have been able to transfer to low-security areas and so become eligible for prison employment and training, which can equip them for life after prison. He also offers released prisoners a chance to pursue education opportunities at Otago Polytechnic as a means for them to continue engaging with education. 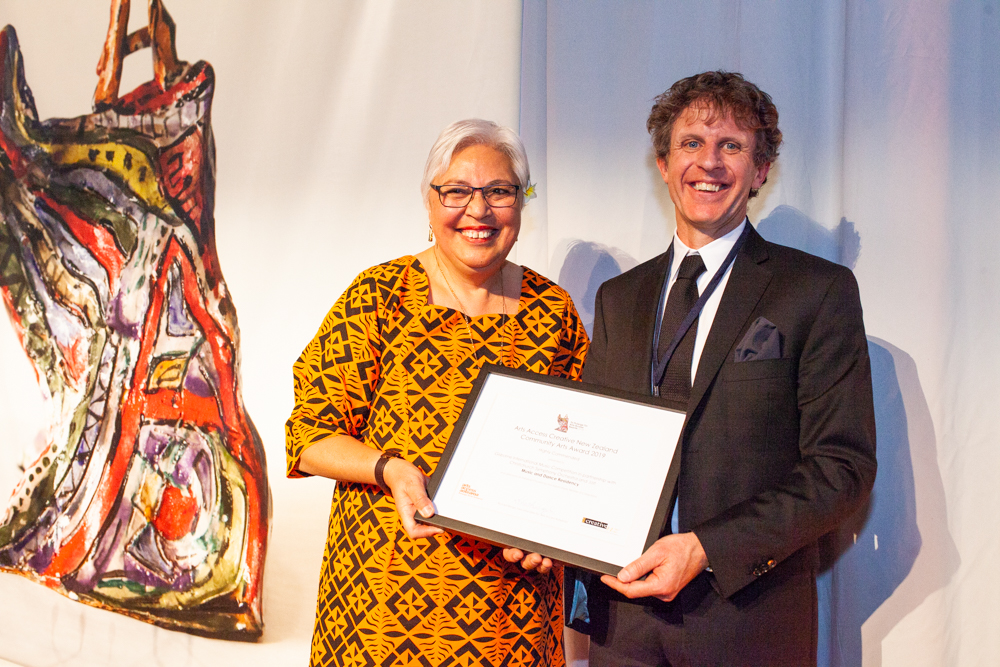 Learning Support Units typically operate as islands within school grounds, with little meaningful integration between students with and without disabilities. The Gisborne Dance and Music Residency brought together nine students from the Learning Support Unit and 32 students from the music, dance and drama departments at Gisborne Girls’ High School to create a programme of original choreography and musical composition under the leadership of specialist tutors from Jolt Dance and the Christchurch Symphony Orchestra.

The focus was to build the personal and artistic skills of the students in an all-encompassing environment that celebrated the beauty of diversity. The inclusive teaching team included tutor Rochelle Waters, who has Down syndrome. Over the three days, students both with and without disabilities, who had never previously interacted, learned to work inclusively, express themselves creatively, and communicate meaningfully through the process of artistic collaboration.

This residency culminated in an hour-long innovative and multi-layered performance for whanau, supporters, and staff, allowing all students to experience the self-esteem boost from having met and successfully overcome personal challenges.

Judges’ comment: “This opportunity for mainstream and learning support students to participate in a high-quality music and dance residency fostered inclusion, developed relationships and benefited all the participants in a range of ways. A wonderful project!” 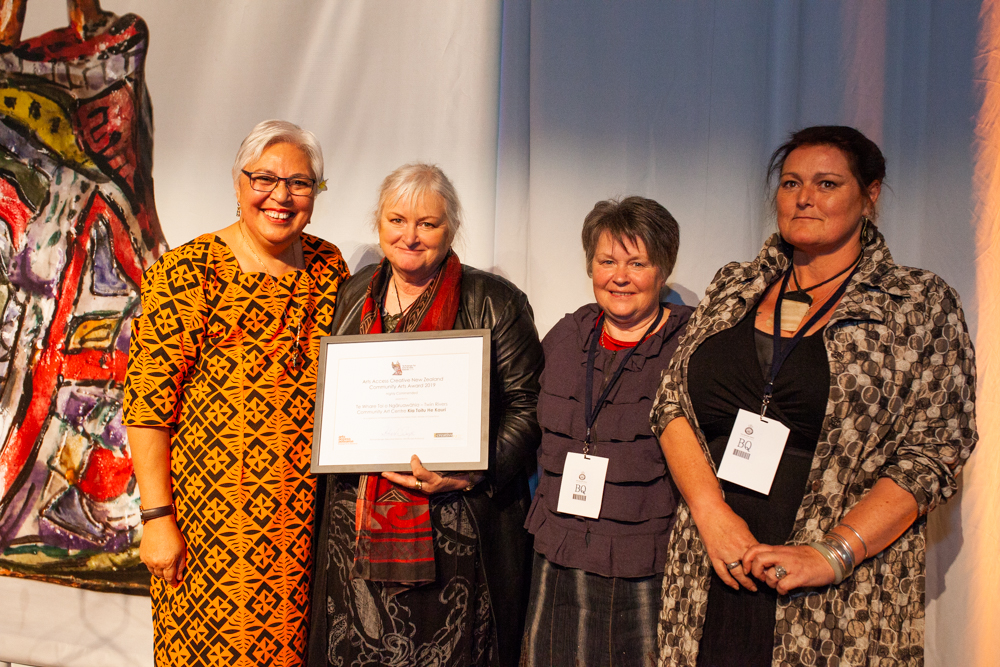 Centre for its Kia Toitu He Kauri project

With a background of poverty, unemployment, lack of housing and negative health statistics, schools in the Ngāruawāhia area collaborated to design, create, exhibit and install large murals at each school that tell the story of the kauri, the impact of kauri die-back disease and the importance of being kaitiaki of Te Ngahere. More than 250 tamariki were engaged in the design and creation of the artworks, and they prepared a korero for an exhibition booklet.

Each school planted a kauri tree and 1500 people in schools and in the community worked together for the public exhibition in the town hall. Tamariki gained significant benefit as individuals and a good understanding of their role as kaitiaki of Te Ngahere through the creative process. The smiles and sparkle in the eyes of those tamariki who often face significant challenges in their lives, said it all.

Judges’ comment: “This collaboration provided access to a high-quality art project where young people explored environmental issues and cultural themes through the design and creation of large murals. A wonderful example of community arts in action!” 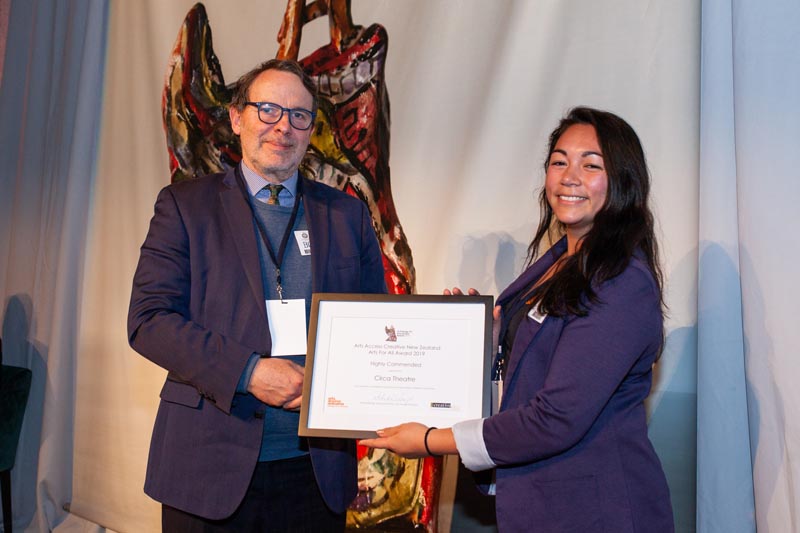 Circa Theatre is increasing its audiences for accessible performances. For example, forty children and parents from BLENNZ attended a touch tour and an audio described performance of Puss in Boots – the Pantomime. There was outstanding feedback after its NZSL interpreted performance of Rants in the Dark early this year, and Circa staff were upskilled so they could use some basic NZSL to assist communication with Deaf audiences. In May 2018, helped by Circa’s strong relationships with Te Papa and WREDA, an accessible performance of Still Life with Chickens, was played to a local Pasifika community group.

Judges’ comment: “Well done to Circa Theatre for its efforts over time to increase its accessibility by providing relaxed, sign interpreted and audio described performances. It has engaged with the Deaf and disabled community, listened to feedback and introduced reduced ticket prices. We also applaud its valuable partnership with its neighbour, Te Papa.” 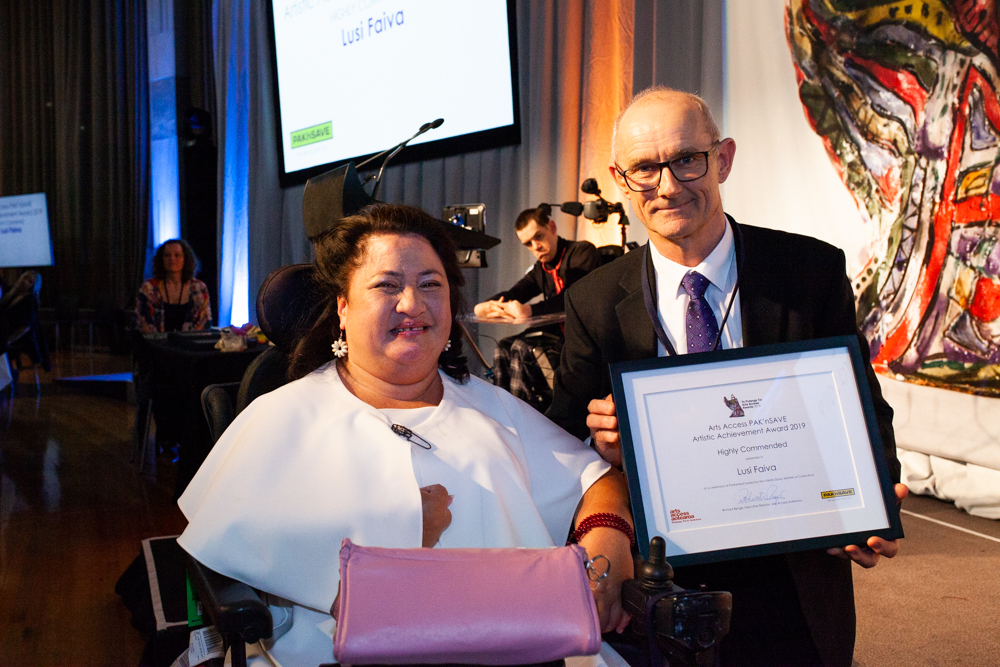 Lusi has been a dancer and performer since 1997 and is a founding member of Touch Compass. She has participated in many performances, tours and workshops, primarily in New Zealand and Australia, with Touch Compass and Everybody Cool Lives Here. She also participated in the mixed ability dance teacher training in Germany.

Lusi performed in the acclaimed theatrical dance performance Lusi’s Eden, based on her childhood story, and she wrote and starred in a short film about her relationship with the guardians who were important to her. She has taught dance, choreographed short dance pieces and been a support dancer for the community contemporary class cooperation with Touch Compass. She has also taught integrated dance to school students, teaching them to value diversity.

Lusi is a very active and highly-regarded member of the arts community, having worked with many national and international choreographers over the years. She attends every show she is invited to, and always congratulates and supports fellow dancers and choreographers in their efforts, both in person and on social media. She is working on a new theatrical production called Mesina Returning Home, developed and co-ordinated with Frozen Light from the UK. She has also started working on an autobiography of her life as a performer with a disability.

Judges’ comment: “Lusi Faiva has had a long dance career and is an outstanding advocate for inclusive dance. Her commitment to continue learning, teaching, collaborating and contributing is inspiring. Highly respected in the dance community, Lusi is now planning a book about her journey.” 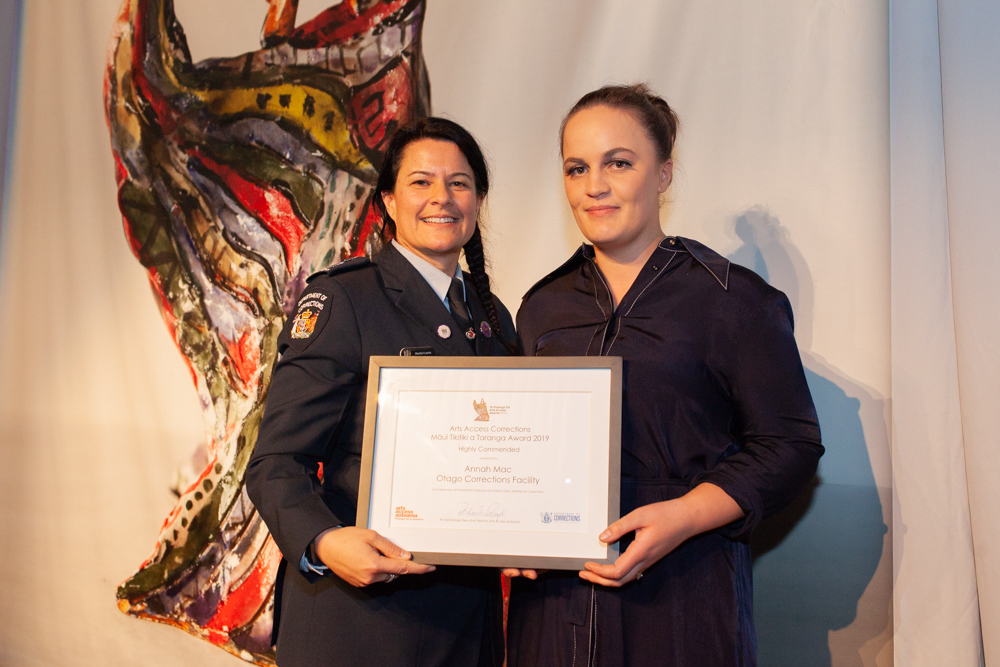 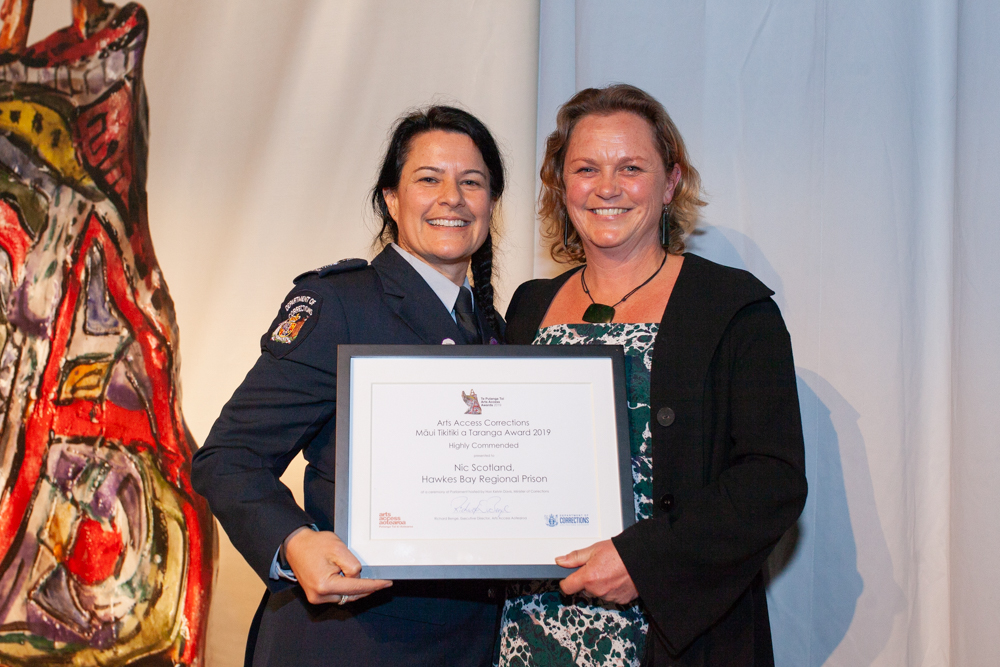 Men at Hawkes Bay Regional Prison sit around the table painting, talking and listening. Sitting with them is artist and education tutor Nic Scotland, who says she constantly witnesses the improvement in their personal development and communication. 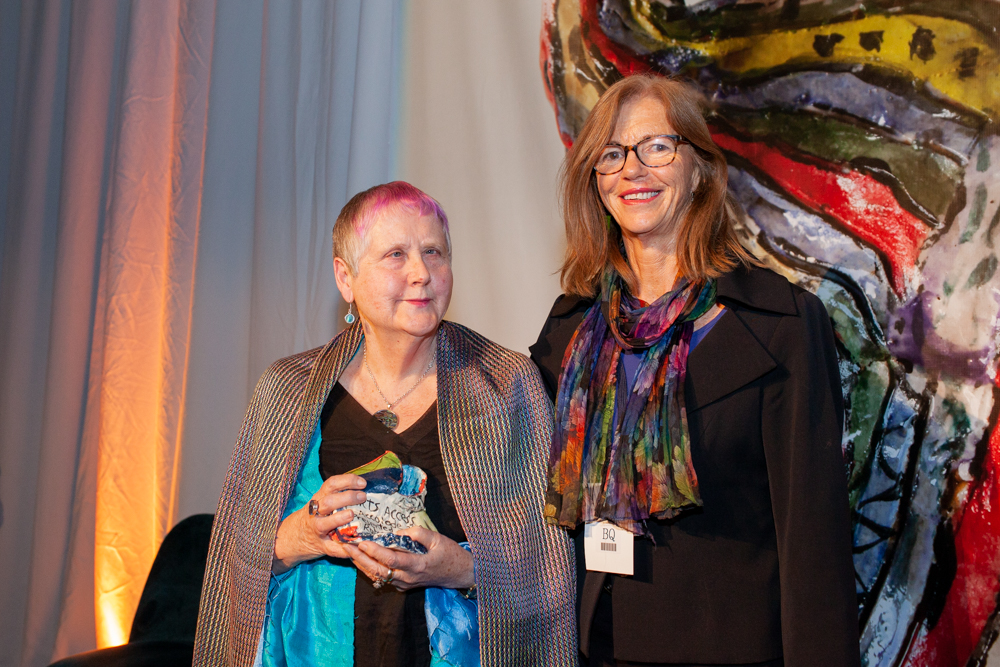 The Project, TV3
The NZ Herald 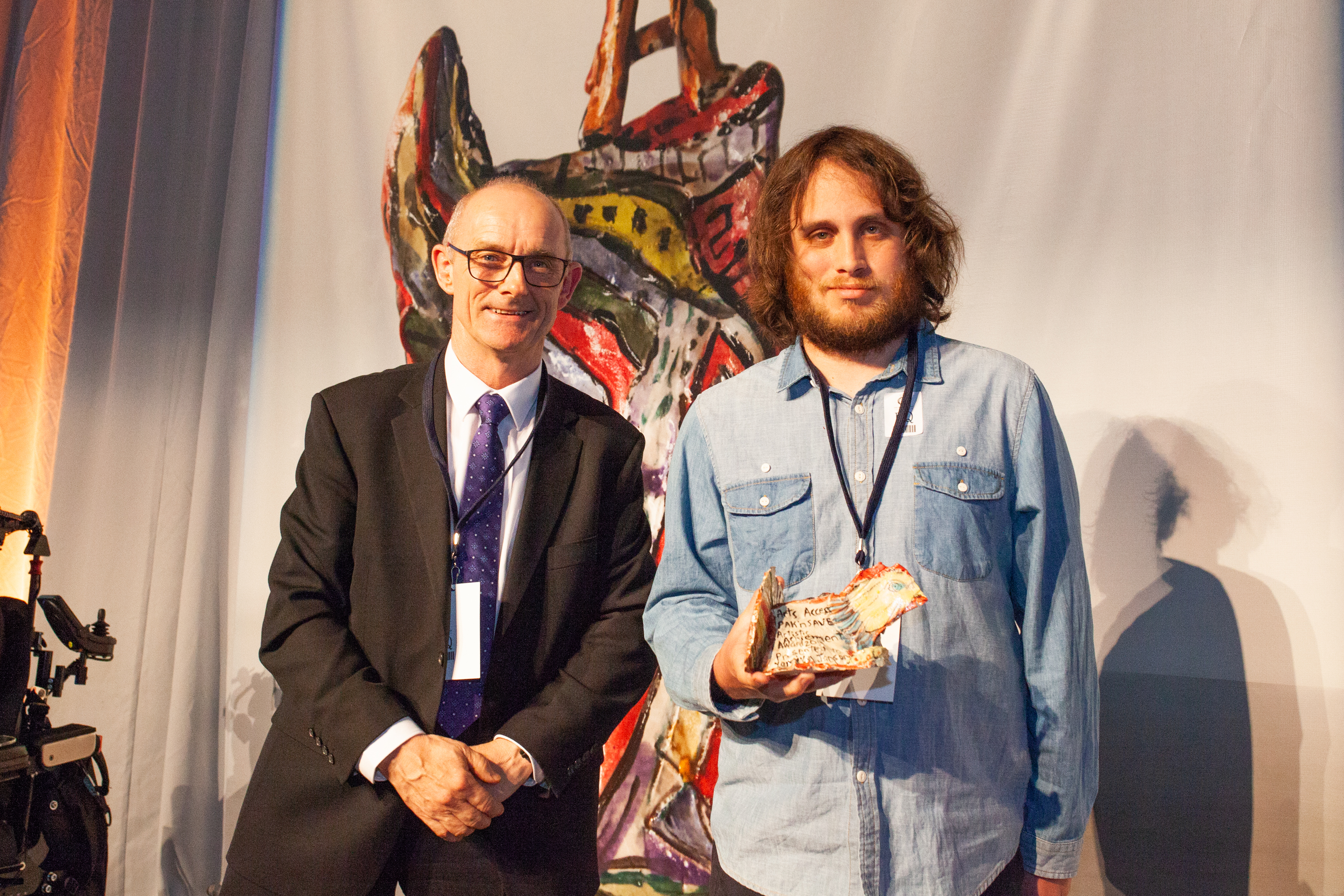 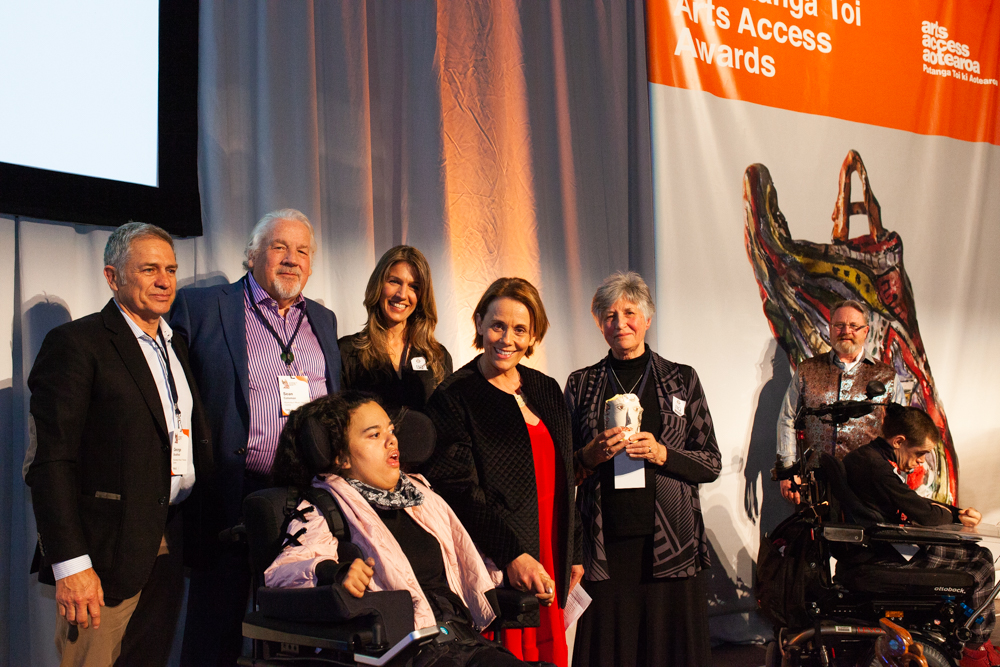 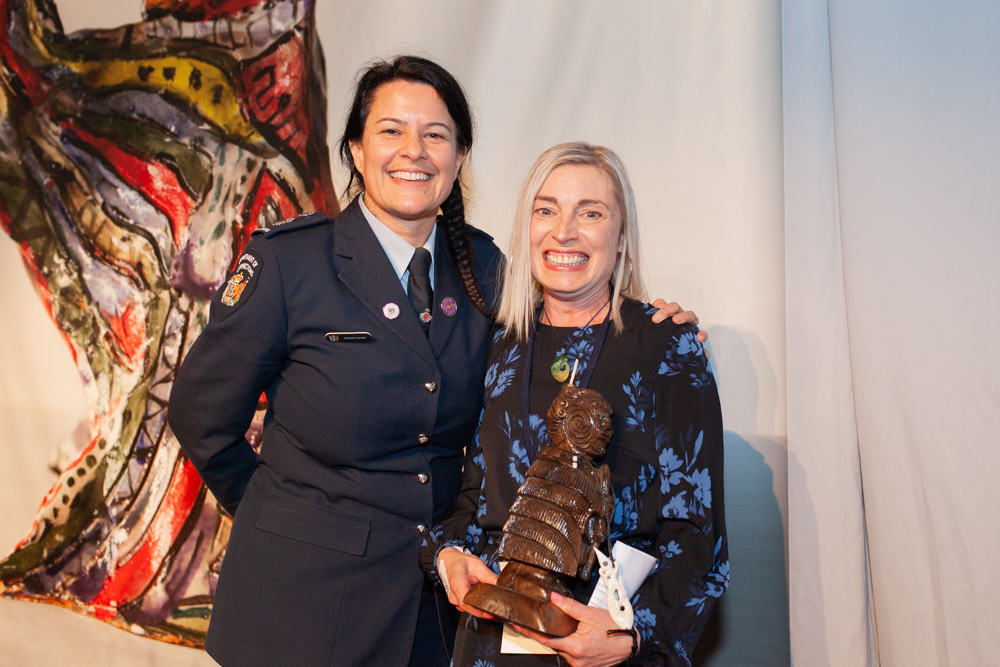 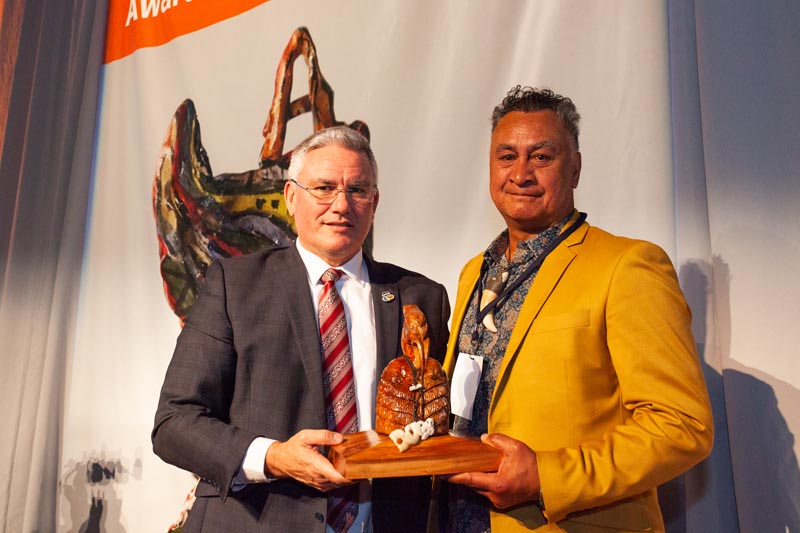 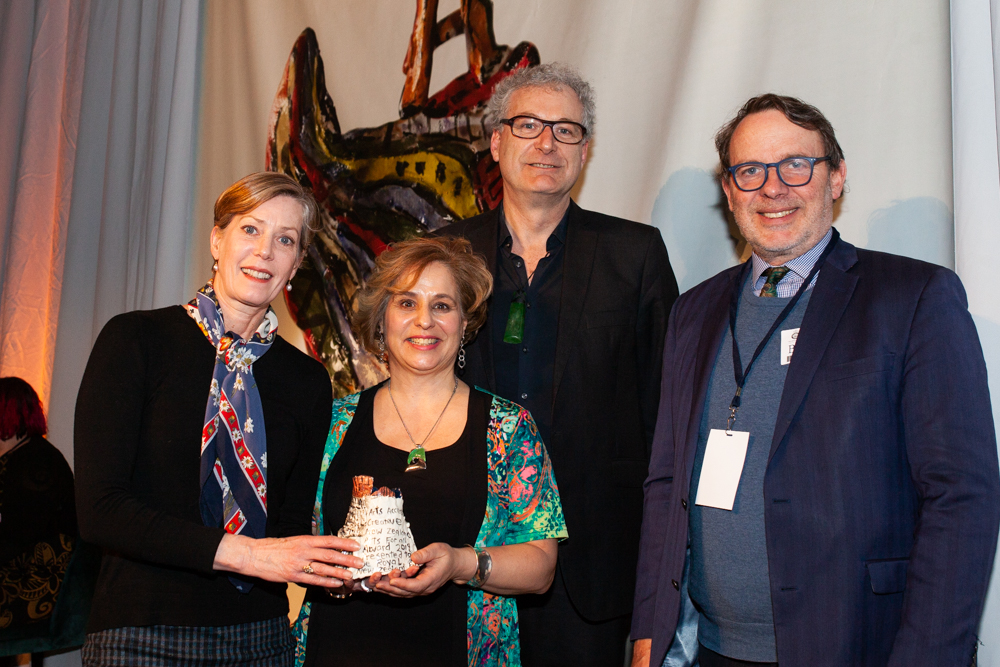