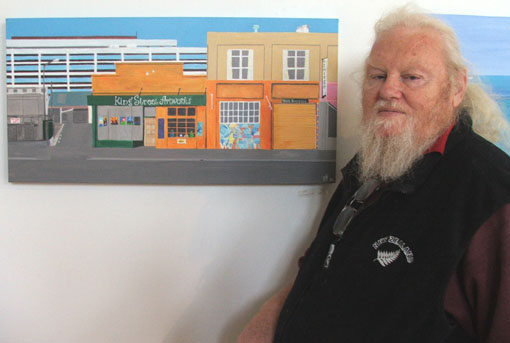 By Janelle Cheesman
Catnap, a small town in nineteenth-century America, is “a place in my imagination that I’m creating in my garden”, says Brent Bartram, an artist who attends King Street Artworks in Masterton.

At home, Brent is building a large-scale (G scale) model railway in his garden. At King Street Artworks, he’s building a dozen clay houses, a railway station, bridges, a church, corner stores and people. He’s even planning a lighthouse in Catnap Cove. 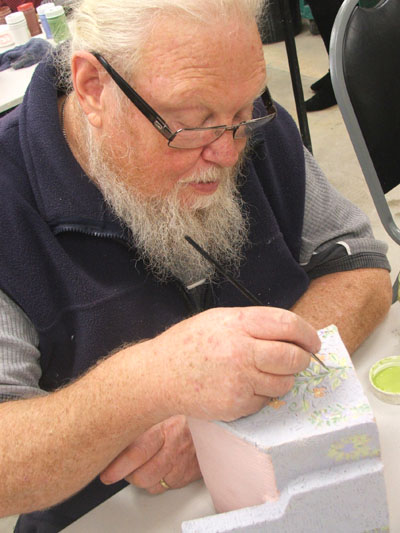 The trouble is, as fast as he builds the houses (about the size of an A4 page) they disappears as gifts to friends and family.

Brent says that he’s always been interested in art but he hadn’t thoroughly explored this interest until he began at King Street Artworks ten years ago after a friend introduced him to the space.

“I had done bits and pieces of art but since I started at King Street I’ve learned many techniques and have developed my artistic style," he says. "I didn’t have a niche but now I’ve found one.”

King Street Artworks is an inclusive creative space for everyone in the community, including people who use or have used mental health services.

Aside from the art, King Street Artworks offers Brent a place for collaboration and a sense of belonging. “I like the atmosphere at King Street. I enjoy talking to people and everyone gets along so well. It has made me so much more confident.”

Brent has attended classes for various kinds of art, including painting, pottery, stone carving and puppet making. “I attend King Street four days a week for two hours each day,” he says. 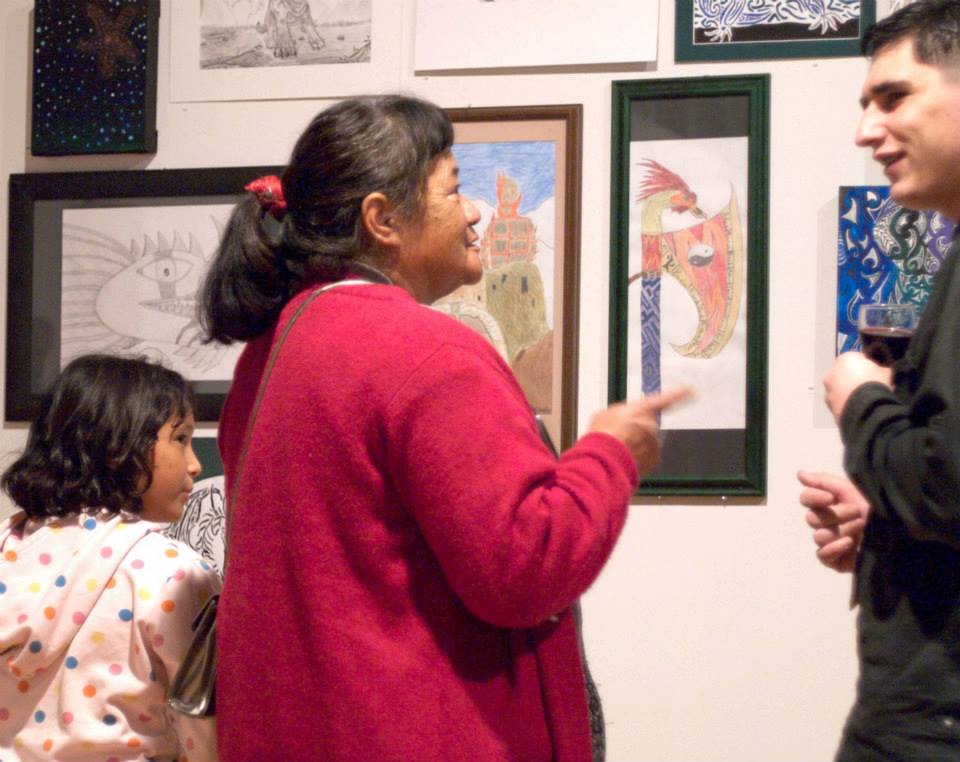 Brent has painted many scenes from mythology and tarot cards. “I paint a lot of scenes depicting Greek mythology and legends. I like the story they tell.”

While Brent sells some of his artwork, he says that he usually gives it away to friends and family. “I enjoy making art for people close to me. At the moment, I am making a church out of clay for a friend to put in her garden.”

For Brent, the story behind the scene in the painting is just as important as the painting itself. “I always sit down and do extensive research about the mythological scene I am going to paint. I learn its background so I have a thorough understanding of my artwork before I even begin to paint.”

Linda Tilyard, Studio Manager at King Street Artworks, says that Brent is extremely knowledgeable. “Brent is incredibly well-read. He’s our encyclopaedia whenever we want to know anything.”

Brent says that the tutors at King Street Artworks have taught him so much. “The tutors are just marvellous. I can’t thank them enough for the time they have spent and effort they have made over the years to help me with my art.”

Artworks by the artists from King Street Artworks in Masterton are on sale at its annual exhibition, on at Aratoi Museum of Art and History until 24 June.