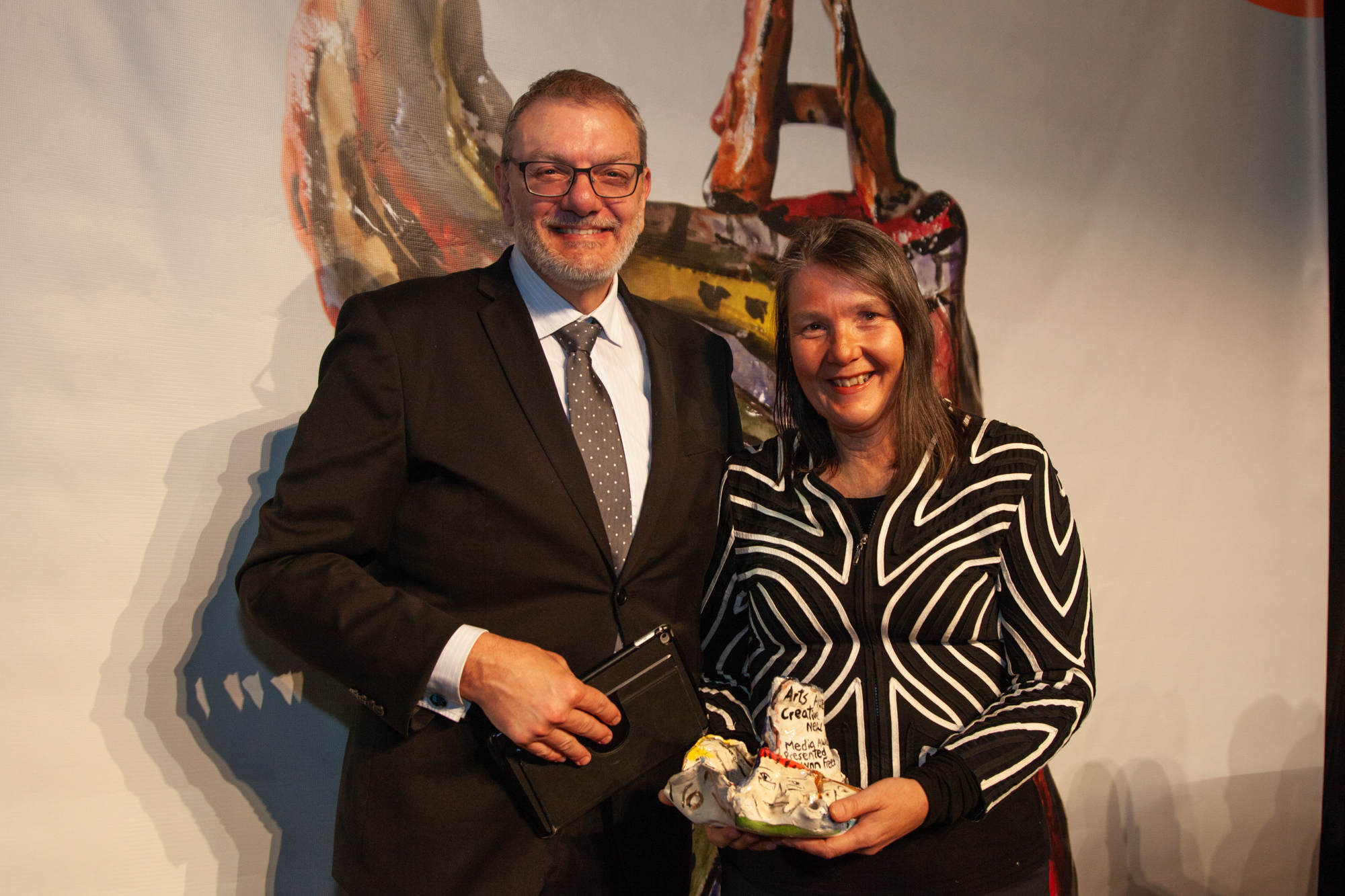 1 August 2018
Lynn Freeman has been following, encouraging and championing New Zealand arts and artists for nearly two decades now – as host of Radio New Zealand’s arts shows What’s Going On, The Arts on Sunday and now Standing Room Only.

And not only professional arts! Lynn champions the diversity of arts – whether it’s art by prisoners, community art spaces or art that heals. If it’s a good story, she wants to tell it. 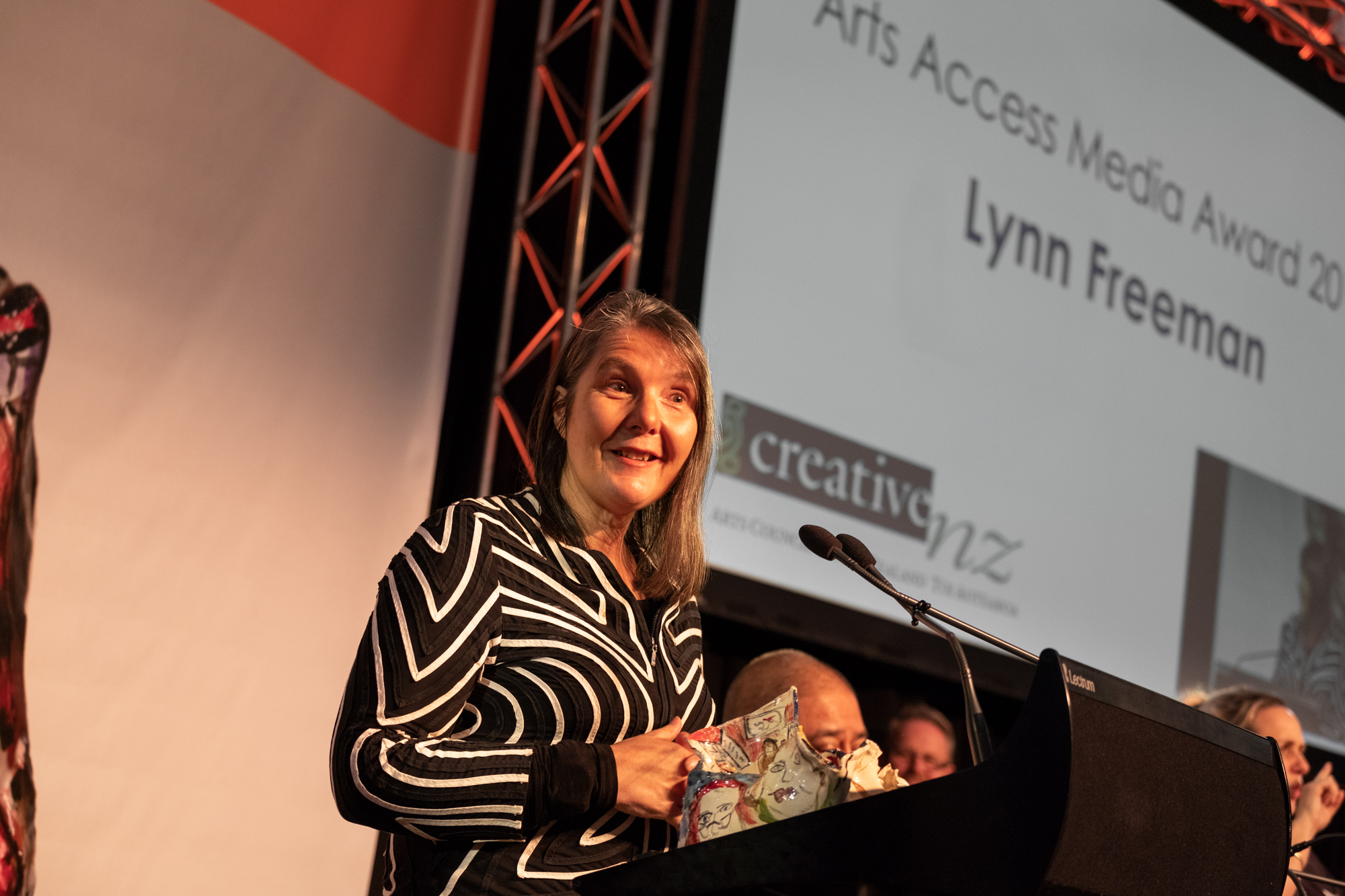 “Arts Access Aotearoa applauds Lynn’s commitment to reporting on the diverse arts and artists of New Zealand: community and professional arts, arts in prisons, arts and accessibility,” says Richard Benge, Executive Director, Arts Access Aotearoa. “Over nearly 20 years, she has provided an important voice for arts stories to be told and heard.”

In addition to her work for RNZ, Lynn is also one of the key figures in Wellington theatre, a long-time judge of the Chapman Tripp Theatre Awards and a keen nature lover. She’s also an enthusiastic volunteer at Wellington’s Zealandia wildlife sanctuary.

Asked if she still gets excited by the arts after 20 years of reporting on them, Lynn replies: “Absolutely, and the commitment, creativity and energy of the artists we talk to. Their courage, their passion in the truest sense of that over-used word. I think it’s as simple as that really: I’m very often moved to my core, surprised and challenged. Every working day is different, full of potential, and every show is different even after all these years. I’m deeply privileged.”

The "wow" factor of a good story

For Lynn and her producer, Simon Morris, a good story needs the “wow” factor. “After all these years, it may be a little harder to prompt a wow from us but when we see, hear or read something genuinely new and engaging, we’re in. It’s often the story behind the arts project or event itself – an artist’s body of work and their experiences along the way, something that takes us behind the scenes to help us understand what it takes to produce a creative endeavour. And for radio, of course, we just love a story that’s sound-rich.” 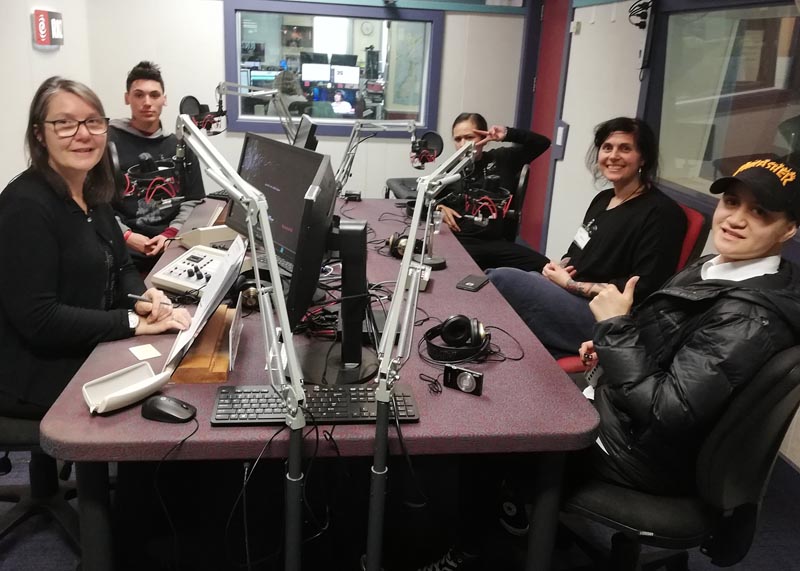 “But I would argue that there is also demand to ‘fill’ newspapers and radio station outputs in this 24/7 highly competitive brave new world.

“The arts, I think, are benefitting from this. Plus the whole online world has opened up so many more opportunities. Quantity doesn’t always equal quality reporting but at least conversations are happening and there are outlets for much of the massive amount of creative work being produced – across artforms and throughout the country.”

The final word goes to her colleague Simon Morris. “If Lynn’s contribution to the arts isn’t already ‘world-famous in New Zealand’, it’s because of her one failing – a firm, modest opinion that she shouldn’t be the story.  The arts are the story, she always says. Except, perhaps, this time … “