30 November 2015
For Australian actor, director and musician Penny Glass, resident in Chile since 1998, theatre is a perfect tool to develop critical reflection among prisoners in a collective environment. 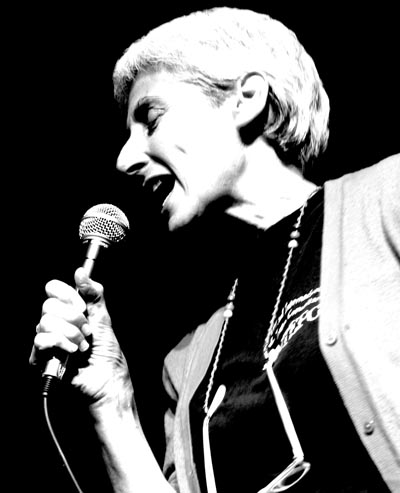 A member of social activist group Colectivo Sustento, Penny has almost 40 years’ experience working in community theatre and has made theatre with male prisoners in Santiago since 2002.

“For the past two years, I’ve been working with the men on a play about violence against women,” she says. “Using theatre games, improvisation and discussion, we examine what that really means, particularly for men.”

The play premiered in the prison a week after Penny's visit to New Zealand this month, where she was a keynote speaker at Performance of Hope in Auckland – an international applied theatre symposium, organised by the Faculty of Education and Social Work at the University of Auckland from 9 to 11 November.

After the symposium, she returned to Northland Region Corrections Facility with Jacqui Moyes, Arts in Corrections Advisor, Arts Access Aotearoa for a two-day performance workshop.

“Learned hopelessness” of life in Chile

In her address at Performance of Hope, Penny spoke about the “learned hopelessness” of life in Chile and the possibilities of social justice. She also spoke of the role of theatre and her work in a men’s prison and youth detention centre in Santiago, aimed at encouraging critical reflection and social activism.

“In the land of learned hopelessness, we hope to be a part of social change in Chile,” she told the symposium audience. “We are social activists, theatre workers and gardeners. Some of us are prisoners or ex-prisoners. We are resisting hopelessness by performing hope.”

Penny stresses the importance of continuity, both within prison and on the outside. 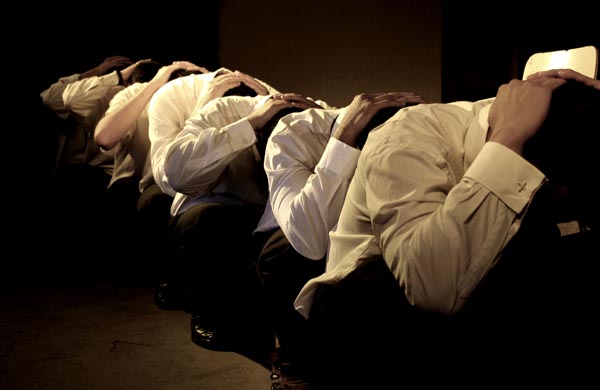 Through the Fénix & Ilusiones theatre workshop, she works with prisoners to create plays about contemporary social issues – plays that are then taken beyond the prison walls to other prisons, schools, universities, festivals and juvenile detention centres.

For example, the play Modecate, a satire about social control, was performed seven times in juvenile detention centres in Santiago in 2014, along with a programme of theatre games and forums.

“When you provide that continuity, extraordinary things happen. For example, I’m working with young offenders in a detention centre. My co-facilitator is Pepo, who worked with me for four years as an actor in prison. After his release, he became a part of Colectivo Sustento and when funding became available recently, we were able to employ him to co-facilitate.”

In Chile, there are 100 prisons. Almost all the prisoners have left school before the legal leaving age of 18. “Their world is very limited and a lot only learn to read in prison. They have had very little guidance and have not had the opportunity to develop critical reflection.”

Penny says 40 or 50 arts practitioners work in Chile’s correctional facilities across theatre, music, dance, writing and visual art through its Arts Educator Programme. They are paid to work with the prisoners for two hours a week.

“Our workshop is part of the Arts Educator Programme but we first entered the prison simply because we were interested. Later, the programme decided to support us financially for two hours a week but we decided to go in for at least four, and sometimes six hours, a week depending on the process.

“We do this because we’re interested in the long-term impact of the work. I also run an informal training programme within the workshop for students wanting to learn about theatre within a prison context.”

Asked about the key skills that theatre practitioners need if they want to work with prisoners, she lists: 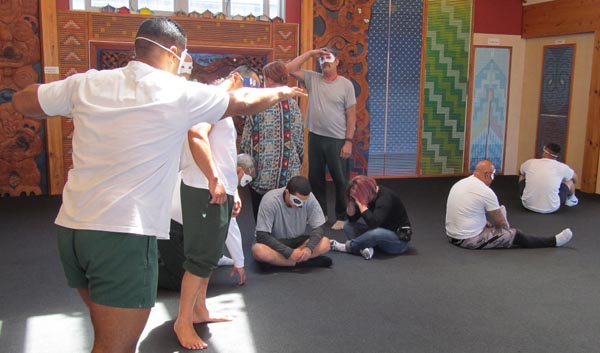 The first time Penny visited the Northland Region Corrections Facility was in May this year when she was with Curt Tofteland, founder of the Shakespeare Behind Bars programme in the United States. Curt spent two weeks visiting New Zealand as the fifth Creative Fellow of the University of Auckland’s Creative Thinking Project.

“It was fantastic to return to Northland with Jacqui,” Penny says. “The men are a strong group – very keen and gentle men, receptive to what we were able to offer.

“In the evaluation of the two-day workshop, one of the main things the men highlighted was the laughter, the joy and the ‘bringing together of head and heart’. Joy and playfulness are actually keys to breaking down the tough-guy shell the men have put on to survive.”