11 September 2017
Connor McMillan’s thumbs-up says it all. A big music fan, the Taieri College student is learning how to record his radio and podcast series, Connor's Hits, to air on Otago Access Radio OAR FM in late September. 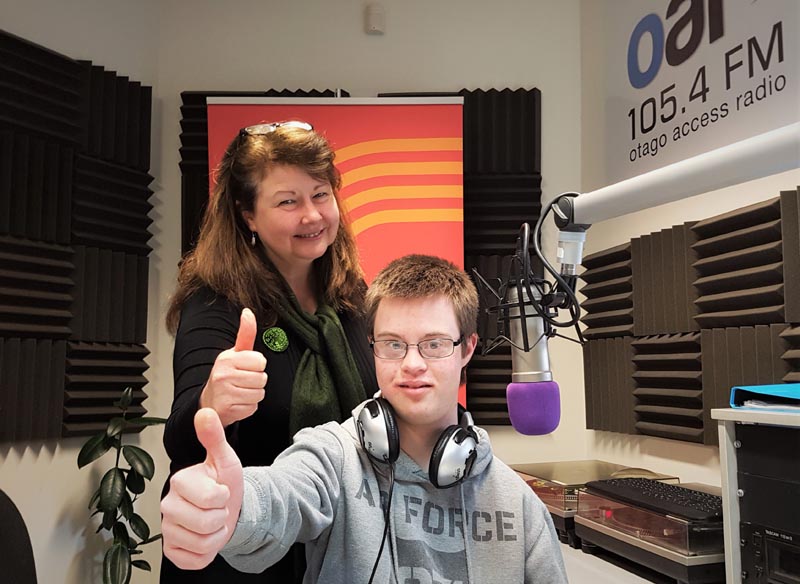 With Dunedin Community Care Trust’s transition support, Connor comes to OAR FM in central Dunedin once a fortnight to learn the skills he needs to broadcast his show. It’s one of more than 85 programmes made by individuals, groups and organisations in Dunedin and the Otago region.

General Manager Lesley Paris says that OAR FM’s mandate is to ensure that voices under-represented on mainstream radio stations are heard on air and online.

“A big part of what we do is empowering the community, and teaching communications and technical skills to volunteers,” Lesley says. “As long as people aren’t breaking broadcasting standards, the content is up to them. It’s authentic local radio.” 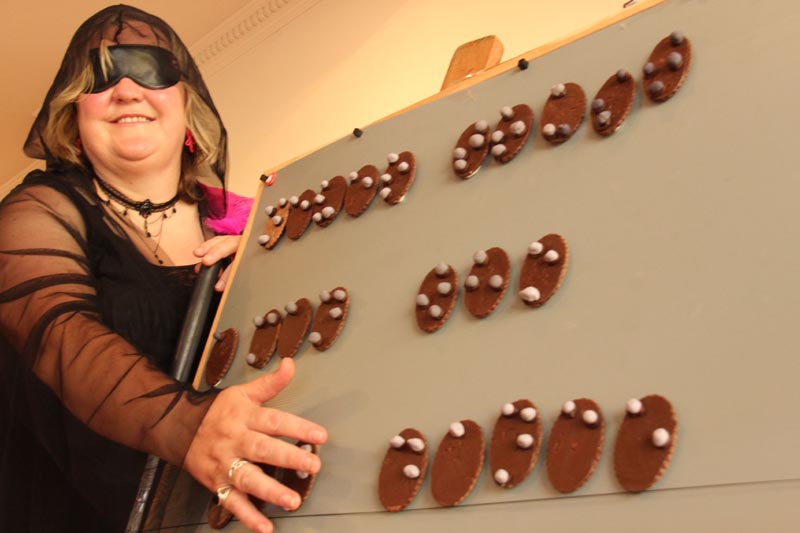 Well-known local personality Julie Woods aka That Blind Woman has hosted two of her own programmes on OAR. Her first, Cooking Without Looking, won the supreme award at the Air Awards in 2011. On her second multi-platform Braille Biscuit Show, she taught the braille alphabet to braille biscuit monster and listeners, using dots on chocolate biscuits.

“I love Otago Access Radio because it gave me back my voice after I went blind,” Julie says. “I would never have thought that when I went blind I would end up on the radio talking about the things I love: braille, cooking and chocolate.”

OAR FM is one of 18 community groups located in Dunedin Community House, just a block north of the Octagon in Moray Place. Like one of the other tenants, Disability Information Services, OAR FM is a member of the Arts For All Otago Network.

“I think it’s an amazing network and it gives us material to talk about. It’s fantastic to see what arts organisations like Fortune Theatre and Dunedin Public Art Gallery are doing to be more accessible. It’s something we’re always keen to promote.”

There are 12 independent access radio stations from Auckland to Invercargill, supported by the Association of Community Access Broadcasters and funded in part through NZ on Air. 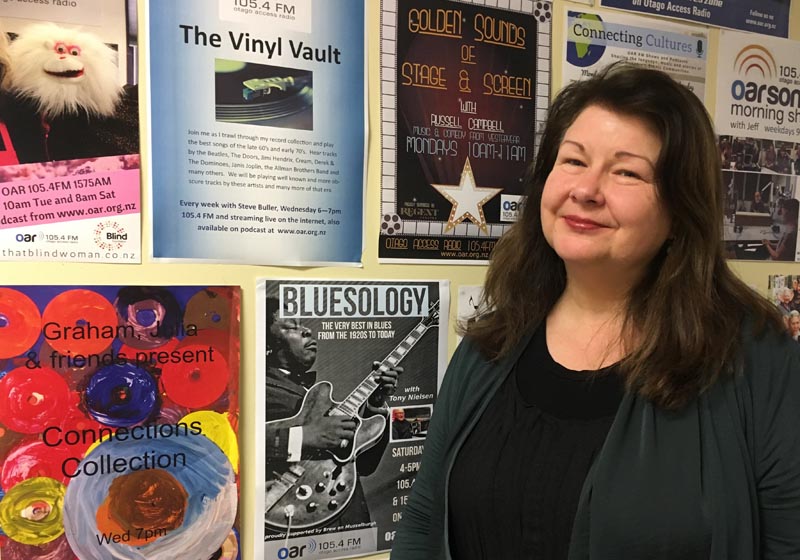 As OAR FM’s General Manager since 2010, Lesley’s role is to ensure the operation of the station, source funding and promote its services.

All of its shows are available as podcasts, something Lesley describes as a great resource. “Broadcasting has changed a lot in the seven years since I’ve been here. These days, people have different ways of tuning in, whether it’s through their phones, computers or tablets. And they can listen live or later via a podcast.

“All of this can be can be challenging for a station on a small budget but it also provides much greater access to real Dunedin-made shows.”

The Arts For All Otago Network is facilitated by Arts Access Aotearoa. For more information about the Arts For All Network and to become a member, contact Claire Noble, Community Development co-ordinator (E: claire.noble@artsaccess.org.nz T: 04 802 4349).