21 July 2010 A talented young drummer, dancer and actor with Down syndrome, a woman considered the "glue" behind the successful art programme at Auckland Prison, an arts centre for people with experience of mental ill health and a community partnership fostering intergenerational creativity were recognised tonight at the Big â€˜A' Awards 2010, presented at Parliament by Arts Access Aotearoa.

The Big ‘A’ Awards were hosted by the Hon. Christopher Finlayson, Minister for Arts, Culture and Heritage, in the Grand Hall of Parliament. The four recipients are:

The annual Big ‘A’ Awards are the only awards in New Zealand celebrating the outstanding achievements of individuals and organisations working to enhance the artistic lives of people who have been marginalised by the mainstream. They also recognise a talented young artist who faces barriers in pursuing his/her artistic career. 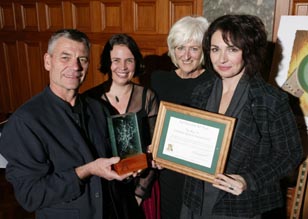 “They are also a chance for us to showcase the artistic achievements of the sectors we work with. Having the magnificent Grand Hall of Parliament as the backdrop makes it even more special.” 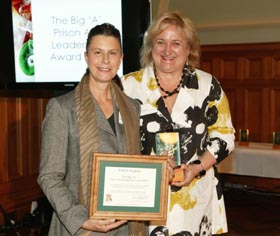 In his keynote address, Mr Finlayson spoke about the way in which the arts can cross cultures, faiths, generations and languagues.

“However,” he said, “the arts cannot cross boundaries while significant barriers remain for a significant sector in the community.

“Arts Access Aotearoa is doing invaluable work to dismantle those barriers. Tonight’s Big ‘A’ Awards are an excellent way to recognise the fruits of that work, and to celebrate the individuals and institutions who are making it happen.”

The evening also featured performances by Te Rakau Hua O Te Wao Tapu Trust, and Duncan Armstrong and his band. Artwork by prisoners studying visual arts through The Learning Connexion in Lower Hutt was on display. 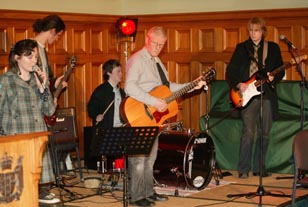 Arts Access Aotearoa is the national voice for artists and communities that have been marginalised by the mainstream (e.g. refugees, mental health consumers, disconnected youth, senior citizens, the justice sector, disabled people). Working in partnership with individuals and organisations, it helps ensure New Zealanders have access to the arts and can create, perform and develop art projects.