28 January 2016
“All my life, my hands have been doing destructive things. Now I can see that my hands have helped to create something beautiful,” a prisoner said when the sundial garden in the Special Treatment Unit at Spring Hill Corrections Facility was completed. 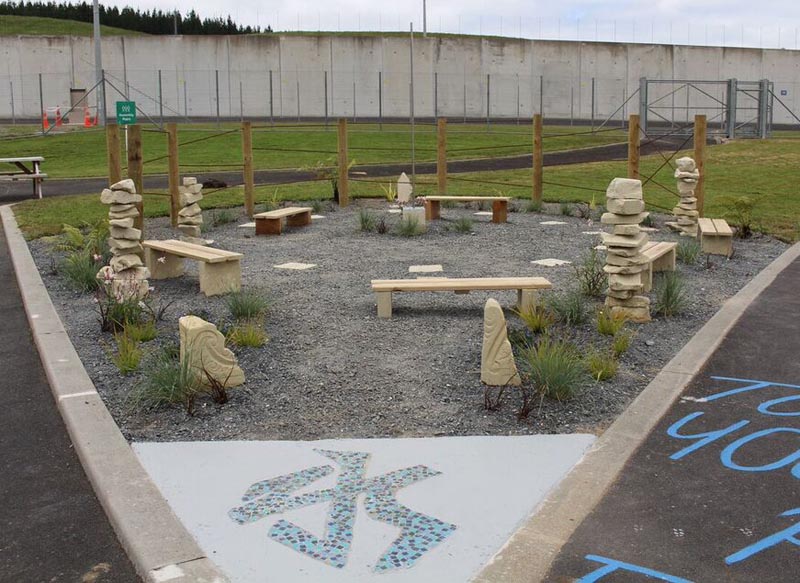 He was one of eight men who had been working on the project once a week over four months in 2015. He was, says art tutor Ann Byford, very proud of what he and the other men had achieved.

“He recognised the difference between being destructive and being constructive,” she says. “It made me feel that I’d had a positive impact on his attitude.”

The men also learned practical skills, including mixing cement, using tools such as a hammer drill and a builder's spirit level, and being accurate with measurements. They learned how to use a compass, and design and lay mosaics.

“The pool of still waters"

Puna Tatari, “the pool of still waters”, is managed by Principal Psychologist Paul Whitehead and Principal Corrections Officer Jimbob Gregory. It’s one of Corrections’ six Special Treatment Units based in prisons around the country. 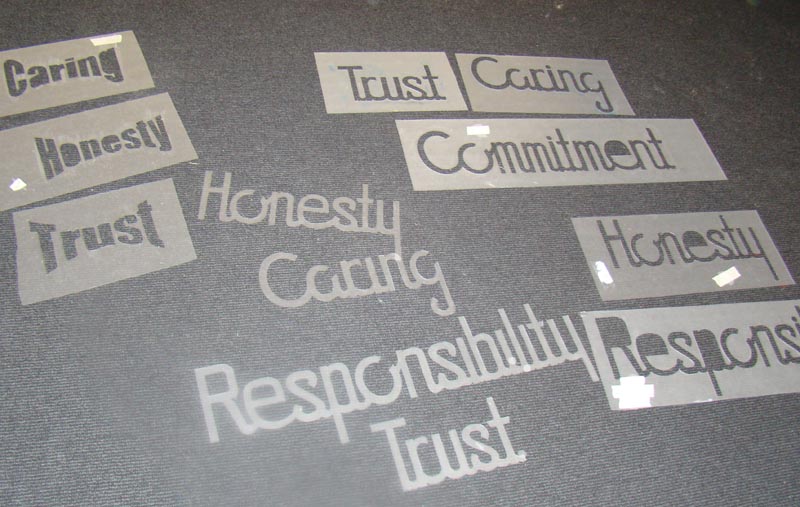 Puna Tatari is a high-intensity treatment programme facilitated by psychologists for men who have the highest risk of violence or adult sexual re-offending. The prison-based therapeutic community environment requires close collaboration between psychologists and custody staff to create an environment where the prison unit itself becomes the programme.

From this collaboration, five unit-based living principles were agreed on: honesty, responsibility, caring, trust and commitment with an overarching theme of reflection.

Art a medium for therapy and offender change

For Paul and Jimbob, art is a medium for therapy and offender change. Thus it was important to the unit to have visual representations of the principles the unit lives by.

“While there are some art projects that Corrections staff can lead, there are others, like the sundial garden, where we require the skills of an experienced professional artist like Ann,” Paul says. 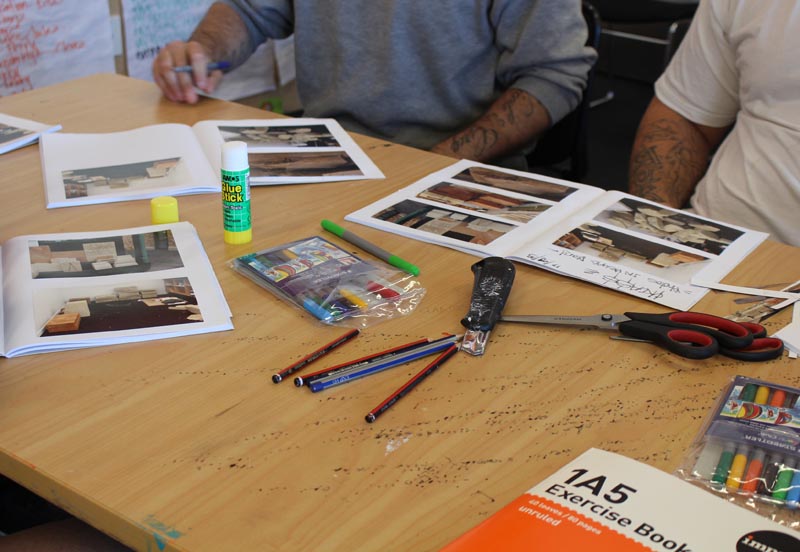 Thanks to an earlier project undertaken by Ann in 2015, the men are surrounded by artworks representing these principles – whether they’re in their cellblocks, doing outdoor fitness, walking around Puna Tatari or meeting with others in the sundial garden. In total, the men created 32 artworks, using the stencils they had designed.

“The men walked away with more than paint on their fingers,” Ann says. “They learned a lot of skills, including woodwork, stencil work, measuring, and using textures and layers in painting.”

Both Jimbob and Paul saw the need for a positive, social place in the unit for men to reflect and come together in a campus style living environment. 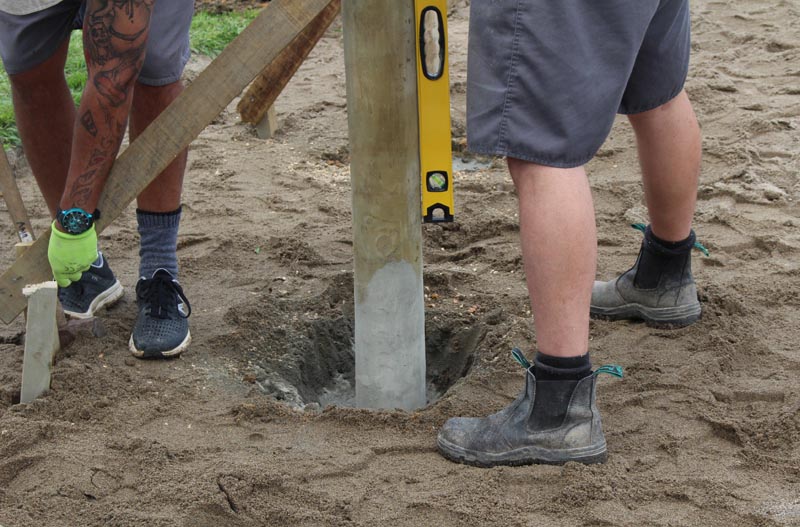 “The sundial garden is intricate work with a lot of symbolism and it’s already having a major impact on the community as a tranquil, neutral space that allows a place for reflection and mindfulness-based activities,” Paul says. “The sundial garden has exceeded our expectations.”

The garden has enough seating to accommodate groups and is used by Puna Tatari’s psychologists to deliver specific components of their programmes. It’s also used by custody staff as a meeting space.

A space to talk, read or reflect

At other times, men use the space to talk, read a book or reflect on treatment.

“I’ve been at Spring Hill for five years and the prisoners know me,” Ann says. “They know that if they want to attend my classes, they have to turn up, be consistent, and be committed to doing something constructive for the whole unit, not just for themselves.”

Along with the art projects taught by Ann, there’s been a range of other therapeutic community projects undertaken at Puna Tatari over the past year. A Reflections Celebration will be held at the unit on Friday 12 February to recognise the efforts of all the participants.

+ Text Size -
Do NOT follow this link or you will be banned from the site! Original generation time 2.8838 seconds.