From darkness into the light

"The education and therapy we do are the logs we put on the fire, and the fire is the community," says Sandie Finnigan, Clinical Manager of the Drug Treatment Unit at Rimutaka Prison. 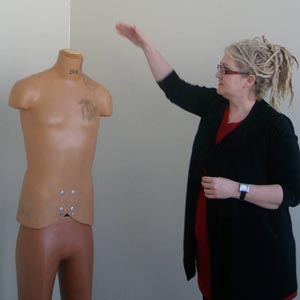 Artworks are displayed on the unit’s walls. Sandie points to a work in progress. “He’s an amazing, skilled artist and we’re trying to encourage him to paint from himself rather than copy. His work is in various galleries and art is a big part of his recovery.”

A large oblong carving hangs on the wall in the reception area of the Drug Treatment Unit, opened in 2007. Entitled Ngā Hau E Wha (people of the four winds), the work was created by several men and represents different cultures. It also includes the three baskets of knowledge: te kete tuatea (basket of light), te kete tuauri (basket of darkness) and te kete aronui (basket of pursuit).

There are also “coats of arms” on the walls, created by men and expressing the qualities they need to repair and rebuild themselves. Words such as honour, trust, respect, courage and family are frequently used in the art.

There are nine Drug Treatment Units in prisons around New Zealand – all aiming to reduce re-offending by treating drug and alcohol addictions. The first unit was set up at Arohata Prison in 1997. CareNZ now provides Drug Treatment Services for eight out of the nine units in New Zealand.

The units are based on the therapeutic community model, a social learning environment where people can build a healthy lifestyle through their interactions with each other. 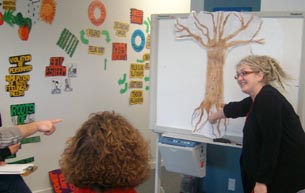 “We have routines, respect, role-modelling … the things people take for granted in society,” Sandie explains. “These men have to learn about these concepts. This isn’t just a drug treatment unit. It’s a whole-of-life unit.”

Assessing the impact of rehabilitative programmes

The Department of Corrections uses a methodology known as the Rehabilitation Quotient to assess the impact of its major rehabilitative programmes. Recent results for the Drug Treatment Units show an 11% reduction in re-imprisonment and a 10% reduction in re-conviction after a 24- month follow-up period. These results are equivalent to best practice achievements internationally in correctional rehabilitation, and are particularly good in relation to MÄori offenders.

“For prisoners, for their victims and for society, I believe we have to do work that draws prisoners from the darkness (Te Po) into the light (Te Ao Marama) and back into society,” Sandie says. “We have to rehabilitate in a therapeutic community. That’s what works.”

Sandie is employed by CareNZ. She joined the Rimutaka Drug Treatment Unit as a counsellor in 2007 and has been clinical manger since 2009, with a staff of ten – including eight counsellors. 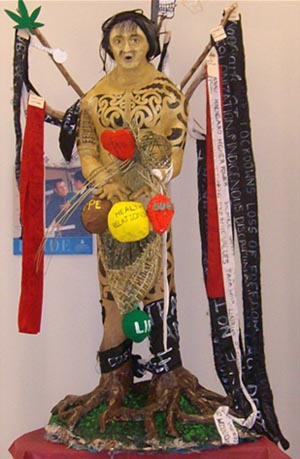 In 2009, Sandie initiated the Ko Tahi Tanga Project in which the prisoners worked on creating a sculpture of a tree-like man they called “Bob”, with his roots into the soil and fruit on the branches. There were brainstorming sessions, painting, papier mache, raranga harekeke, storytelling and tattooing.

Creating Bob, Sandie says, helped the men understand how to build a community and was the impetus to reinforce the therapeutic community model in the unit.

Sandie believes the arts are an integral part of the therapeutic community at Rimutaka.

“Art is a valuable teaching tool and difficult concepts can often be explained through art,” she says. “Art unlocks deep things and gives a voice to things that haven’t been spoken about before. And for men who are illiterate or unable to express themselves through words, drawing or painting what they want to say is a powerful tool.”

In addition, Sandie says, the experience of creating with your hands stimulates other parts of the brain and helps move the men from a destructive to a constructive way of thinking.

The unit offers electives in the arts, including visual art, knitting, papier mache and music.