By Stuart Shepherd In recent years, there's been some debate about the term "outsider art" in New Zealand. The term "outsider" is a problem. No one likes to be labelled. Well, most people don't although punks, skaters and Goths might be comfortable with their tags. I don't know.

Teenagers are particularly good at labels, I think. And labelling is what we humans tend to do. We use labels to order the world, and to navigate and locate ourselves and our group.

The art world constantly uses labels: post-modern, neo-expressionist, neo-geo, and so on. The term “outsider artist” was coined 30 or 40 years ago. It’s a big and clumsy umbrella term but it’s probably been a good thing for the marketplace. However, this raises questions about the role of the marketplace in the domain of art and creativity, and its corrupting effect on the “pure” vision of outsiders – or self-taught artists or visionaries.

Since its inception in 1995, Arts Access Aotearoa has held the position that we all have the right to creative expression, and that creative expression is of value in multiple ways to an individual and a community. Arts Access Aotearoa believes that any artists – especially artists marginalised by a disability or by other isolating factors – benefit from the sale of artwork because of the associated social recognition, along with their temporarily increased purchase power.

In 2001, I conducted a survey of more than 400 self-taught artists in New Zealand. Most (90%) of these artists existed below the official poverty line. But it wasn’t just the financial reward from selling their art that was significant. What really mattered to them was the sense of inclusion in their local community.

Very often a sale seems to give artists irrefutable evidence of their social value. It is an acknowledgement and affirmation. The boost to self-esteem that comes with such a sale is hard to measure. A sale also has the power to shift the attitudes of a community toward the artist. He or she can go from nobody to somebody. 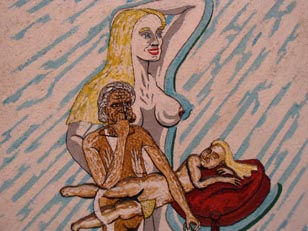 The label “outsider” might  ghettoize someone but to be labelled an “artist” is a good label. Sales legitimise artists in the eyes of the public. Note how in New Zealand most arts reporting in mainstream media dwells on the money that changes hands rather than any ideas contained within the work.

To make an international sale is the best thing. International acknowledgement has always had a huge impact on public perceptions in New Zealand. In fact, you could argue that New Zealand is an outsider country, the ultimate isolated community down here in the South Pacific and starving for acknowledgement from an offshore authority figure.

The first International Outsider Art Fair was hosted in New York by Sanford L. Smith and Associates in 1991. Sanford Smith is an art collector/dealer and businessman. His company runs a bunch of fairs, including the antiquarian book fair, the works on paper fair and the black art fair.

The International Outsider Art Fair runs in collaboration with the American Folk Art Museum, which was established in 1969. This is international business in a big city. To take a booth at the three-day Outsider Art Fair costs approximately $20,000 (the big contemporary art fairs are more than double that cost). For that money, you get a space; some coffee and sandwich tickets; and access to the international media and the world’s best collectors, curators, writers and dealers. 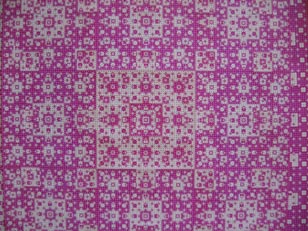 In January 2009, I took the work of nine New Zealand and five Australian artists to this art fair for the first time. The outing was a great success. All artists sold well. Some sold out. Some were picked up by museums and other dealers for future exhibitions. A couple of months later, I also showcased the work of New Zealand artists at Galerie Impaire in Paris.

Hopefully, my experiences in New York and Paris will help people realise that New Zealand self-taught artwork has cultural value of international significance; that it deserves to be treated with respect by our communities and collected and studied by our institutions.

At present, New Zealand is one of the few countries in the world not to have a folk art museum. And as yet, there is no centre for research into self-taught art like the centre recently established in Australia at Sydney College of the Arts.

I see the work of self-taught artists as the art of New Zealand. It is work that does not follow the rules and manners of art from elsewhere. It is original. And it is responsive to the particular abilities of the artist; the availability of local materials; and addresses local situations and tells local stories. It is particular to this place and this person. It is art and it is anthropology.