Reaching out into the Dunedin community

Artspace, an IDEA Services creative space in Dunedin, specialises in teaching a range of art forms to adults with intellectual disabilities.

“We have a wide range of people who attend – from transitioning high school students to people on the verge of retirement and every age in between,” says community support worker and tutor Holly Aitchison. 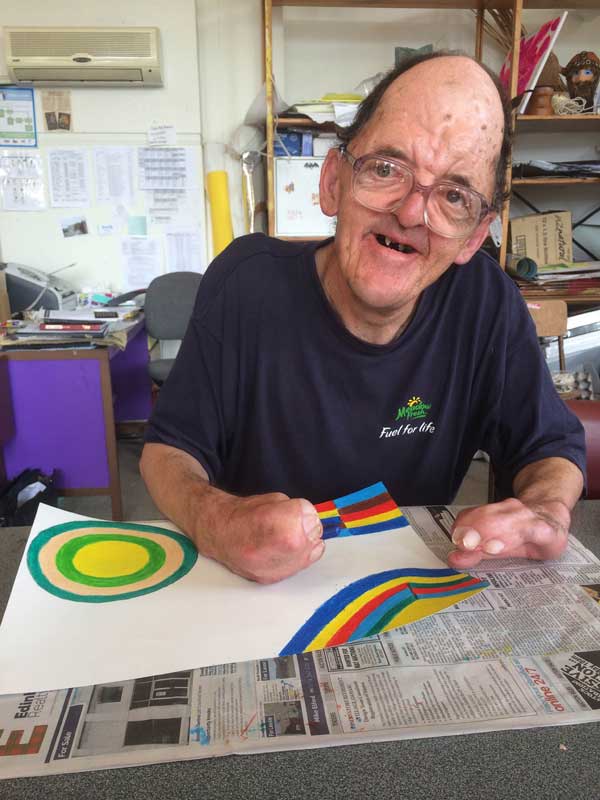 Participants at Artspace are encouraged to engage in all kinds of arts activities. For example, the 2013 Caroline Plummer Fellow Hahna Briggs ran integrated dance classes with Artspace as part of her community dance fellowship.

“It was amazing to watch people who were initially very shy and reluctant to participate grow into confident dancers,” Holly recalls. “We performed at the end of August to a huge audience and got rave reviews.”

After working with Hahna on a community integrated dance workshop, Artspace worked with Hahna again on a performance for the closing ceremony at the 2013 Special Olympics Summer Games in Dunedin, where there was an audience of more than 3000 people.

“The benefits of dancing were recognised by management, which now funds a creative movement class for everyone in our service,” Holly says.

“We also had some success at the 2013 IHC Art Awards. The guys were pretty casual about it all but I get emotional seeing them all go up on stage at the awards ceremony in Wellington.”

Three artists from Artspace were selected as finalists and attended the awards ceremony in Wellington: Robert Jones was a finalist, Eoin Ireland was highly commended and Melania Smith came third.

Showcasing art in the community

Artspace has two permanent staff members, Wendy Baxter and Holly Aitchison, who develop themes and ideas for different arts activities. To keep Artspace fresh and to reduce workload pressure, they take turns being either the leader or supporter of the group. 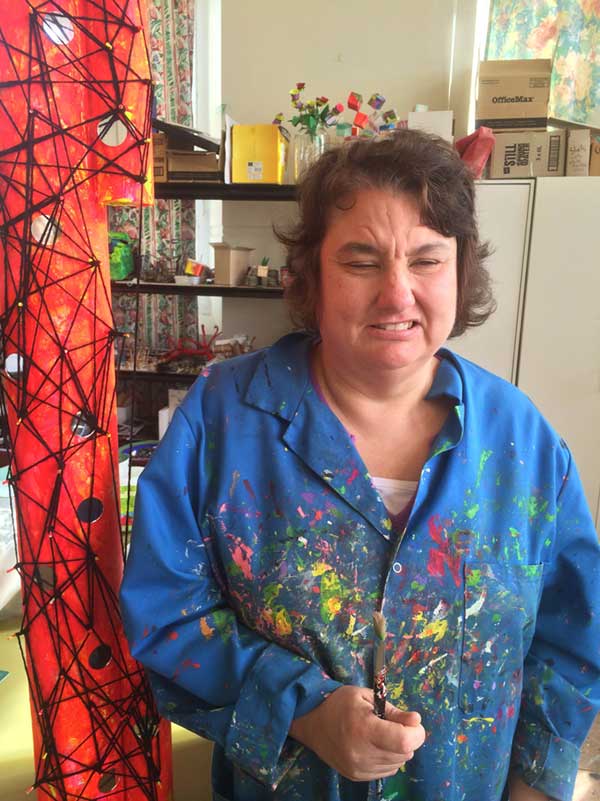 This strategy was developed by the Dunedin artist Janet de Wagt, who has mentored Wendy and Holly for the past two years.

In an effort to reach out into the community, Artspace holds occasional exhibitions – usually in association with Studio2, a smaller arts facility for disabled people. Artspace and its participants often visit other galleries in Dunedin too, particularly the Dunedin Public Art Gallery.

“We also try and get as involved as we can in the annual Dunedin Fringe Festival,” Holly says. “It’s not always easy to see the shows as most of them are during the evening but usually we get to see free snippets of the performances during lunchtime showcases.”

Dunedin has hosted the southern regional finals of the IHC Art Awards since the Christchurch earthquake in 2012.

“For the past two years, the artwork of regional finalists has been hung in the Community Gallery,” Holly says. “It’s right in the middle of the city and so the art is very high profile for a week.”