12 March 2020
Auckland children who are blind or have low vision were to have attended a bilingual audio described performance of Ngā Manu Rōreka, a play by Apirana Taylor in te reo Māori and presented by Taki Rua Productions as part of its 26th annual Te Reo Māori Season. 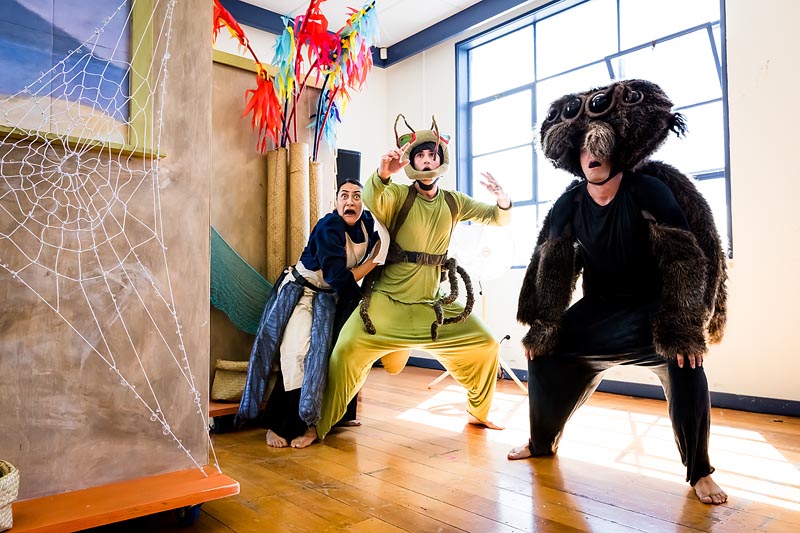 More than 50 BLENNZ Homai Campus students were to have attended the performance on Thursday 19 March but this has cancelled because of COVID-19. It follows Taki Rua’s audio described performance last year of Te Kuia me te Pūngāwerewere, a play based on Patricia Grace’s classic picture book The Kuia and the Spider.

Audio description is a commentary for blind and low vision audience members that describes the visual elements of a performance. In a play, it describes what is happening in between the dialogue or songs: for example, the setting, the costumes, facial expressions and movement across the stage.

At the BLENNZ performance, students can choose to listen to what’s happening in either te reo Māori or in English. Two audio describers will describe the action using a stenomask (a hand-held microphone). This will be transmitted to wireless receivers and headsets worn by the children.

Jamus Webster was to have described the action in te reo Māori and Nicola Owen of Audio Described Aotearoa the English description.

Blind and Low Vision Education Network NZ (BLENNZ) is a national network of educational services for children and young people who are kāpō (blind), deafblind or have low vision. 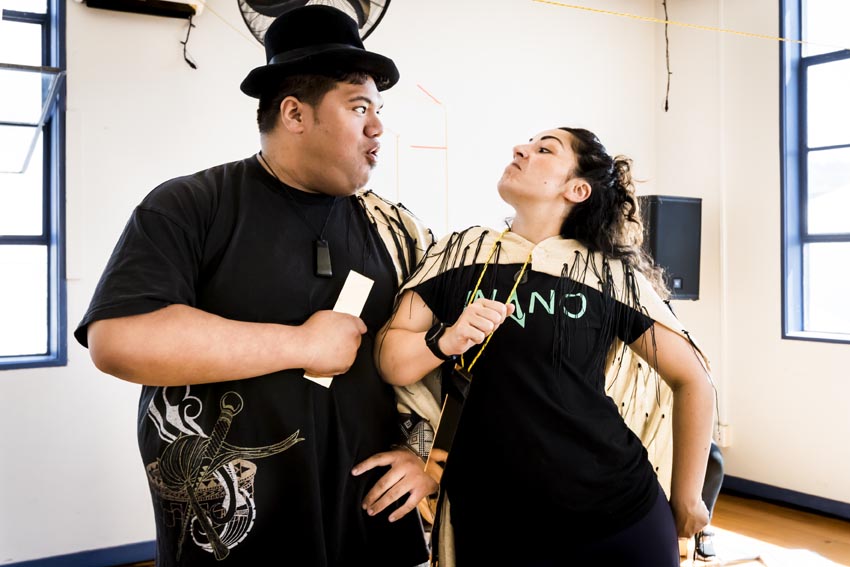 “We are really pleased to provide another opportunity for blind students to experience te reo, both in the play and in the audio description,” he says.

Ngā Manu Rōreka is the story of two troublesome but talented teenagers who have dreams but no belief; ambition but no motivation. Fortunately, they find support from their ancestors to guide them on their journey of self-discovery.

Aimed at students aged from eight to 14, Ngā Manu Rōreka opened in Wellington this week with ten performances in schools.

In partnership with the Auckland Arts Festival, Taki Rua will present the play to 16 schools in Auckland, including BLENNZ Homai Campus, from 17 to 27 March. It will also give two free public performances at 11am and 2pm on Sunday 22 March in Aotea Square as part of the Festival’s Toitū Te Reo programme.

Alex Lodge, Access Programme Manager, Auckland Arts Festival, says both Taki Rua and Kāpō Māori Aotearoa had gone above and beyond to make the audio description happen. “Our collective dream is to break down the silos of disability or language that isolate people. Not by simply creating access but by celebrating the things that make us all different. The te reo Māori audio description was one of the highlights in our access programme, and we hope it will become more widespread in festivals around the country.”

After that, the production tours to Northland and Waikato schools. In the third term, the Te Reo Māori Season will continue to tour the Lower North Island and South Island schools,