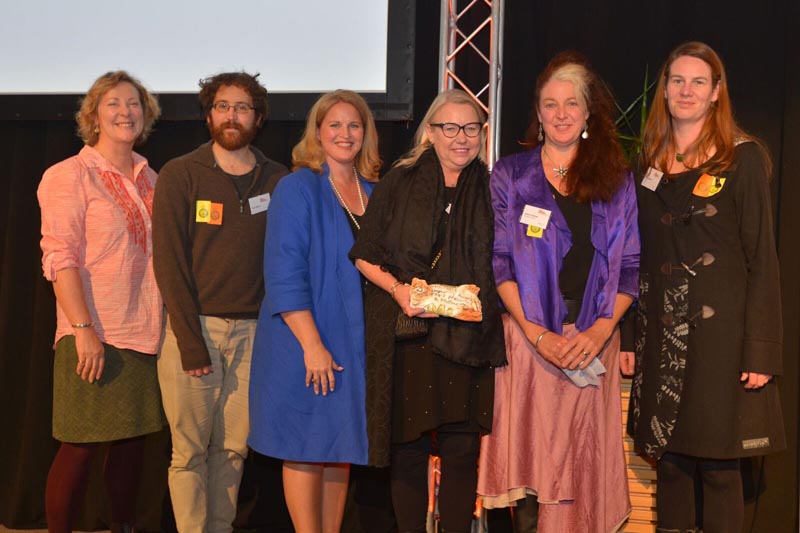 5 July 2017
Bedtime stories are a time for parents to bond with their children and share the magic of imagination but for some people, the nightly ritual isn’t possible. 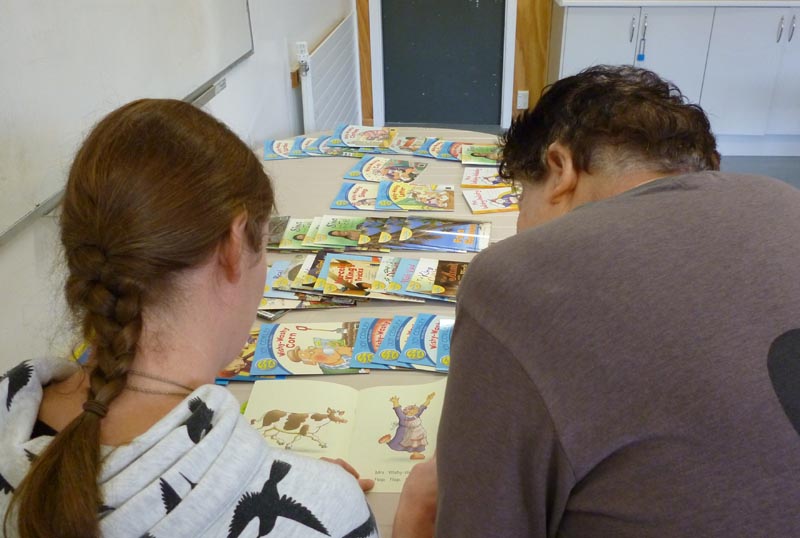 Women prisoners often find the disconnection from their families and children challenging and traumatic. However, the Bedtime Stories programme run by volunteers at Arohata Prison in Wellington is helping to bridge the gap between mother and child through the simple act of letting a child hear their mother’s voice reading them a story.

The women – grandmothers, mothers, aunts – choose a book and are coached to read it aloud. The reading is recorded on to a CD and posted, along with the book, to the child.

In selecting the Bedtime Stories programme as the recipient of the Arts Access Corrections Community Award 2017, the judges said it was an example of a practical community partnership that could change lives and be implemented in any prison environment.

“It’s about literacy, communication, creativity and performance. Above all, it’s about its positive impact on both the women and the children.” 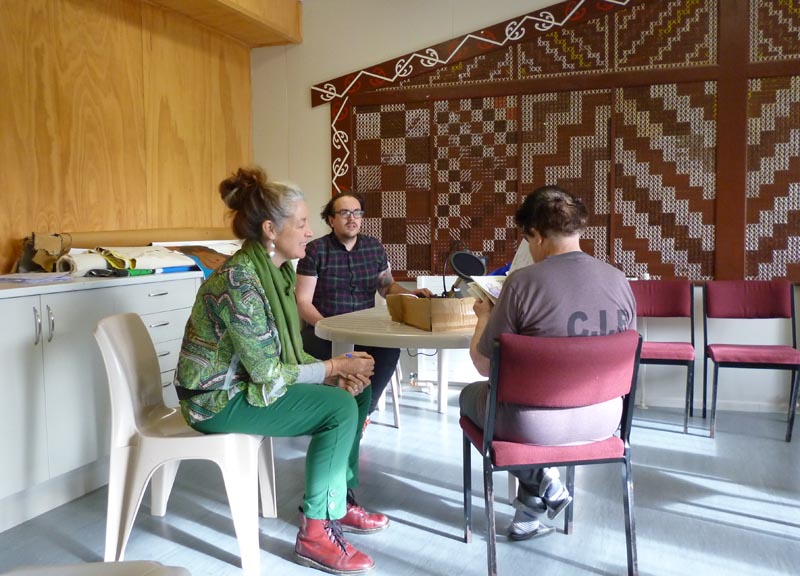 The programme was developed by theatre practitioner Miranda Harcourt in 2014 and trialled at Arohata Prison. Theatre director Kerryn Palmer heard Miranda talk about the programme at a lecture in 2015 and was immediately struck by the concept.

“As soon as Miranda finished speaking, I asked her if it was still happening, and she said no, mainly because of the time commitments. However, she suggested I should do it and more or less gifted it to me.”

Kerryn wasted no time in getting the programme up and running again. She organised a group consisting of actor and voice teacher Perry Piercy, social worker Liz Langham and sound technicians Ryan Knighton and Tony Black, who record and edit the soundtracks.

Clean Slate Press stepped up to sponsor the books and the programme started again in March 2016.

“We couldn’t do the programme without the support of the staff at Arohata, especially the Interventions Co-ordinator Tracey Wernicki, who has been marvellous,” Kerryn says.

Asked about the impact of Bedtime Stories, Tracey says the prison is very grateful to Kerryn and her team for making the programme possible.

“It strengthens the bonds between mothers, grandmothers and aunties with the little ones of their whānau, allowing them to feel closer to each other by making this connection through stories even though they can’t be there in person.”

The feedback from the women is overwhelmingly positive. For example:

At the first session, eight women came along to record their stories.

“The first session can be a bit daunting because many of the women have a history of trauma, miss their children, and have no experience of reading aloud like this,” Kerryn explains. “Often they become too emotional to read so we coach and support them through the process, gently encouraging them.”

More than a year later, the programme is running monthly with up to 18 women taking part in a session. Regular readers now select the type of books they know the children enjoy and have become much more confident in their speaking skills, Kerryn says.

“It’s really a small thing we are doing but it’s a constructive way for them remain connected with their children and help them build confidence at the same time.”