“Usually when we go to a play, my husband has all the power. He’s read the programme and he can see the set and the actors,” she says. “With audio described performances, I’m the one with the power. Ron wants his own headset because he feels excluded from the information I have. I get to meet the actors and do a touch tour before the show. I’ve read the braille programme and then the audio describers tell me what’s happening on stage.” 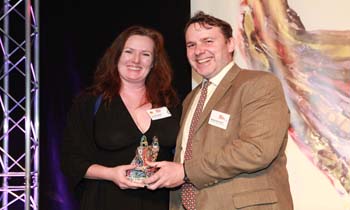 Julie was delighted to hear that Fortune Theatre was this year’s recipient of the Big ‘A’ Creative New Zealand Arts For All Award, recognising its commitment to developing audiences by being accessible to the disabled community.

“It’s fantastic. I have very warm feelings towards the Fortune Theatre. When something is made accessible to you, you appreciate the amount of care that’s been taken in doing that. I think the Fortune is a model for other organisations wanting to improve their accessibility.” 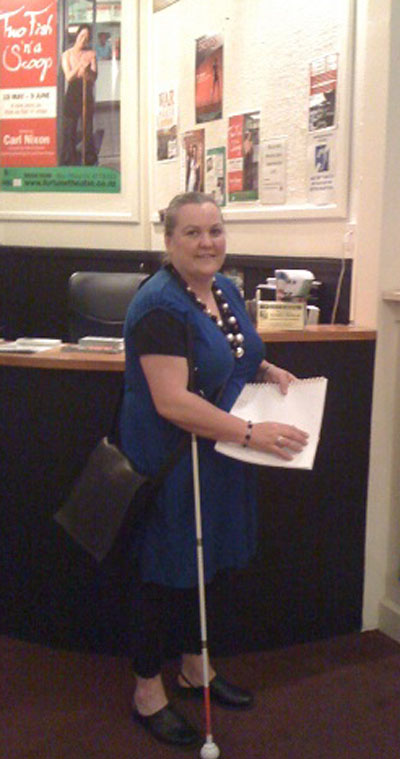 Theatre staff and volunteers undertook training with the Association of Blind Citizens of New Zealand so they were able to act as sighted guides around the theatre. Braille programmes were also provided.

“Meeting the actors during the touch tour and hearing them perform a few lines really helps me identify who’s speaking on stage,” Julie says. “The audio description during the performance gives us information about characters’ movements and body language that we just didn’t have access to before. Descriptions like ‘She rolled her eyes at him’ or ‘He glanced awkwardly at her as he left the room’ helps me build a much better picture of what’s happening.”

Julie says the response to last year’s performances was fantastic. “It was great being out in a public space with so many other members of the blind community. Knowing that Fortune had catered for our attendance made us feel very welcome.”

Lara Macgregor, Artistic Director at Fortune Theatre, says the theatre is constantly seeking ways to enrich an audience’s experience of theatre. “We jumped at the opportunity when Anna Henare from Experience Access approached us in 2011 to see if we were interested in hosting audio described shows at the theatre.”

After a successful trial in 2011, Fortune Theatre then received a grant through the Arts Access Aotearoa’s Arts For All partnership programme with Creative New Zealand to provide an audio described performance of each production in its 2012 season. 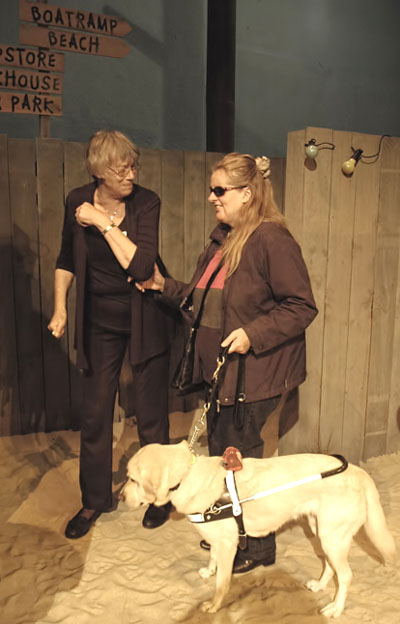 “Thanks to the expertise of Anna Henare of Experience Access, the initial Arts For All grant, donations, community support, and extra time and effort put in by Fortune staff, we were able to deliver a high-quality project.”

After each performance, extensive feedback was sought from everyone involved in the project and changes were implemented in response to their feedback.

Lara says that comments from the patrons were overwhelmingly positive and they commended the theatre for its commitment. One blind patron said: “My husband and I hadn’t been to the Fortune for years. Now we’ve been to the two last plays and have taken two other people along with us. So it’s all good for the theatre and great entertainment for us.”

Lara says the theatre is committed to continuing the audio described performances, along with sign language interpreted performances for Deaf patrons. “It’s widened our reach into the community and is part of making the Fortune as accessible as possible.”