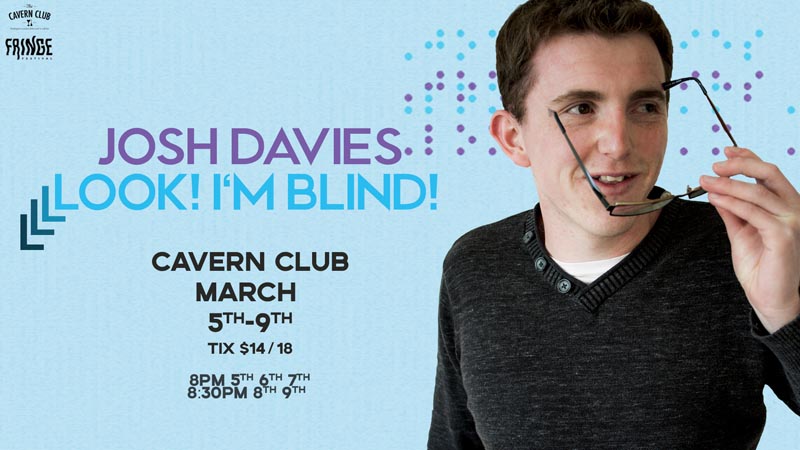 4 February 2019
By Kezia Bennett
Auckland comedian Josh Davies, who is blind, will debut his solo show, Look! I’m Blind!, from 5 to 9 March at the New Zealand Fringe. 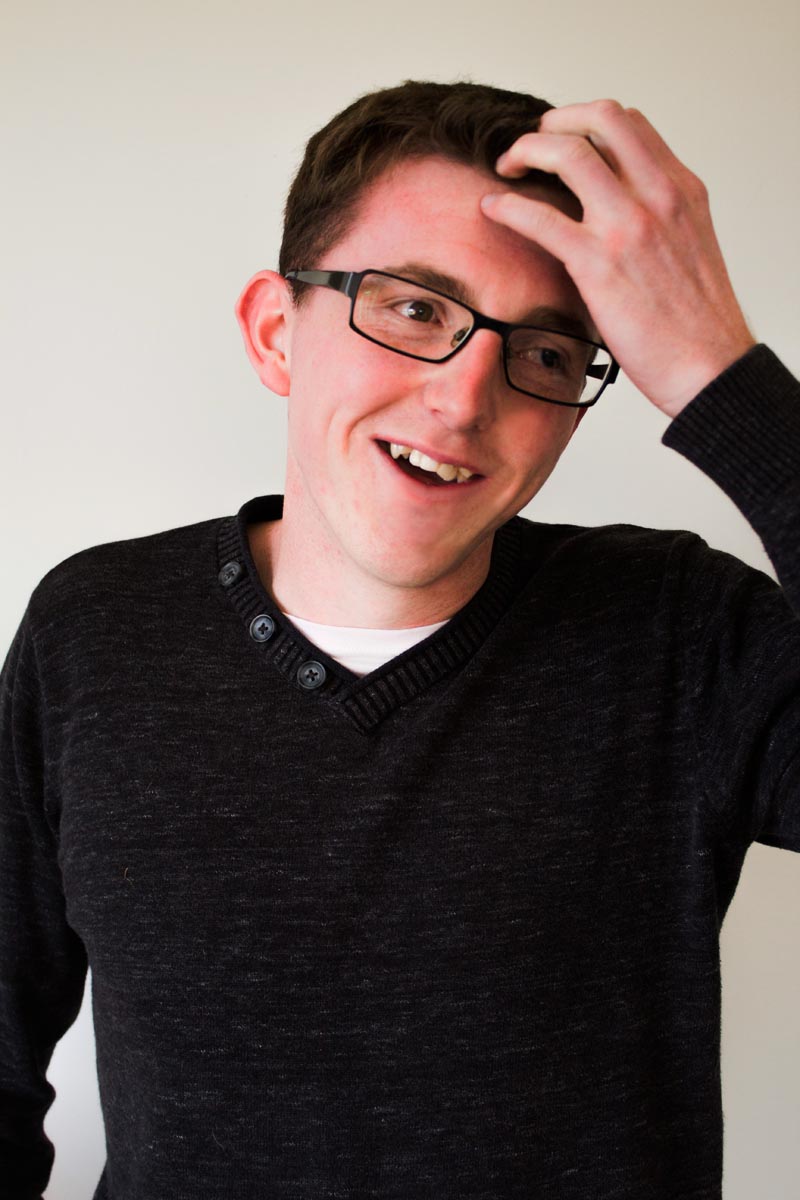 Josh will perform at Wellington’s Cavern Club, which is not wheelchair accessible, but Josh says anyone with mobility issues should get in touch with him and he will find a way to get them in.

His show explores how the world views disability and accessibility, and its impact on people.

“The show is about living life with low vision: the funny stuff and some not-super-funny stuff,” Josh says. “Specific to me, it’s about eyes but I think a lot of the issues and obstacles that face visually impaired people cross over to anyone with accessibility woes. Especially the view that there’s ‘something wrong’ with you. That means your value to society is seen as less and you can’t do as much as anyone else. So one aspect of the show is defiance to that very outdated mindset.

“I don’t expect it to be an earth-shattering call to action or anything like that. I’m slightly too self-aware for that. But if some people who are blind, or Deaf or paraplegic or whatever, come along and they enjoy themselves while somebody talks about a part of their life not usually made funny, that is far more than I can hope for and I will be overjoyed.”

"A bit surreal and also weird”

He describes his style of comedy as mostly observational, "a bit surreal and also weird”.

“I guess my inspiration comes a lot from being blind: how it has impacted my life and how I see the world through my personality.”

For the rest of the year, Josh will be working on other comedy projects, and hopes to continue doing some volunteer work for the Blind Foundation. He would also like to make some documentaries or short films about New Zealanders living with disabilities.

“I find a lot of the films out there focus on the great heights or great lows, whereas I find the day-to-day life and having to live with disability truly fascinating.”

Moving to Auckland from Levin

Josh grew up in Levin with no sight in his left eye and only 15 percent vision in his right eye. He moved to Auckland in 2017 to further his career in comedy.

Josh performed for the first time in public in 2015, making it to the semi-finals of the Raw Comedy Quest in Wellington.

He describes that performance, in front of about 100 people, as “an amazing adrenaline rush”.

“To have that many people, probably not all of them but enough of them, laughing gave me the confidence to keep going.”

Two comments in reviews of earlier shows: "Holy cow what a fun mind" (Theatreview) and "The journey to Davies’ punchlines are almost as hilarious as the punchlines themselves" (Art Murmurs).