Palmerston North businesses and community arts groups are making the most of the new Topp Twins exhibition developed by Te Manawa, by organising a Topp Twins-themed carnival in the streets of Palmerston North, alongside the exhibition. 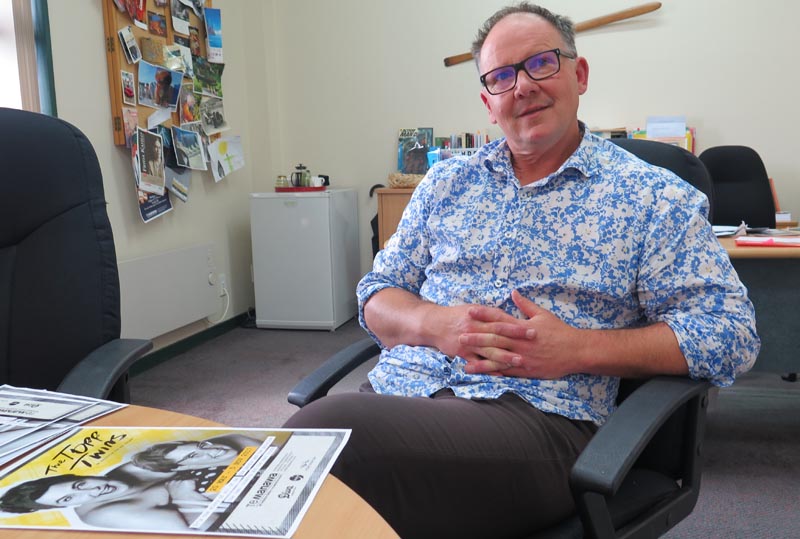 It’s just one example of “community take over” – the community taking ownership of its museum, says Andy Lowe, Chief Executive of Te Manawa, Museum of Art Science and History.

“We thrive on the idea that museums are inclusive places, where the community has the opportunity to co-create spaces,” he says. “Having diverse people rubbing shoulders creates a wild, surprising kind of energy, which means anything can happen – and often does.”

Palmerston North and Te Manawa hosted Museums Aotearoa’s national MA17 conference from 22 to 24 May for the first time since 1994. Around 300 delegates from all over Aotearoa attended.

At the conference, Te Manawa was presented the Arts Access Museum Award 2017. Richard Benge, Executive Director, Arts Access Aotearoa and judging panel member, said the judges applauded Te Manawa’s commitment to building a space where everyone is welcome and included. “Working in partnership with local organisations and inviting people with disabilities to participate in the museum’s programmes provides an excellent example of inclusion for others to follow.”

The conference theme was He Waka Eke Noa, Museums of Inclusion – a theme proposed by Te Manawa to tease out ideas around communities participating in their museums. 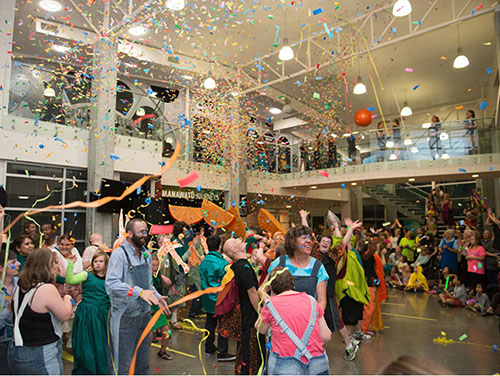 “This is a global movement that’s been going on for years – to be inclusive, collaborative and accessible,” Andy says. “Most New Zealand museums and many international museums are working in that space, and the conference is a great chance to focus on it.

“Inclusion is hugely important for Te Manawa. There’s still a lot for us to do and it’s a goal we’ve been working on since we welcomed Creative Journeys to the museum in 2013.

“One of our aims is that people who aren’t heard and seen consistently in places like museums are visible and part of the infrastructure … if they want to be.”

Creative Journeys is a community-based creative space, which offers arts and creativity to people with disabilities or lived experience of mental illness. Under the leadership of Deidre Dahlberg (now director of Pablos Art Studios in Wellington), its clients started making art in its main foyer of Te Manawa twice a week. 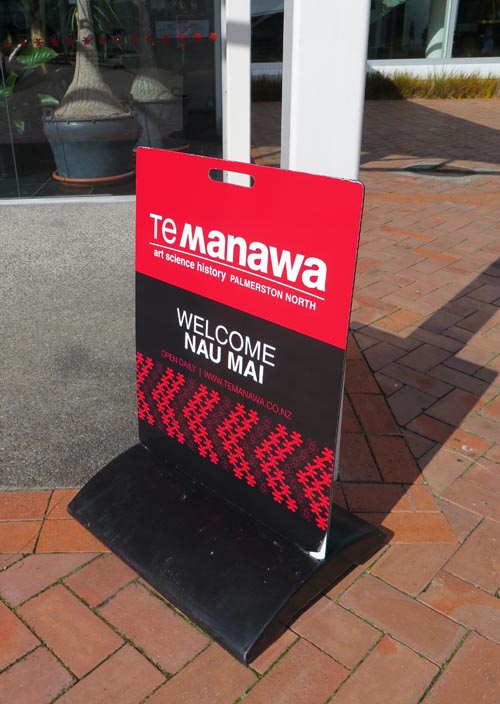 “Over the years, we worked together on a number of collaborative projects, using our collections and spaces in surprising ways,” Andy says. “The artists were part of the Te Manawa family. They shared our staffroom for lunch. We all sang waiata in the foyer, and they contributed to our events, openings and to special days such as International Women’s Day and Waitangi Day.”

This partnership culminated in an exhibition in 2016, called Inspired By. Here, the artists’ works were hung alongside significant works from the museum’s collection by artists such as Colin McCahon, Buck Nin, Ngahina Hohaia, Ann Verdcourt and John Bevan Ford.

Initially, some people had mixed feelings about Creative Journeys being a part of Te Manawa, Andy recalls. Some thought it might harm the museum’s reputation and that its facility and its collections could be damaged.

But then magic happened. People began to enjoy their interactions with Creative Journeys artists.

A place for everyone

“In the early days, there was also some criticism about who and what we should include within Te Manawa. There’s a place for everyone here and whether something is great art is a moot point. To me, it’s about the impact it has.” 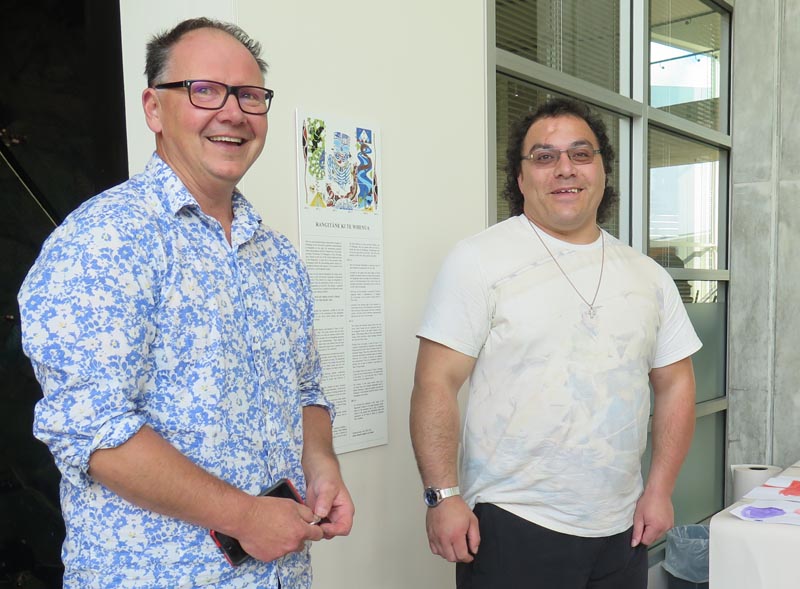 In November 2016, Te Manawa began NOA Open Studio in the main foyer. This is different to the Creative Journeys programme because it’s open to all people of all abilities.

NOA attracts between 15 and 20 people to each of its two weekly sessions with many more during the school holidays. The participants – children and adults – drive the space and respond to the museum’s collections, exhibitions and events through drawing, painting, sculpting, music and drama.

“Te Manawa is on a journey and many of our communities seem to be excited to be on this journey with us,” Andy says.