The men swagger in and shake my hand firmly with a cheerful “Morning Gwen. How’s your week been?” I’m about to start an art class in Auckland Prison. This is part of the Creative Art Programme I developed and now facilitate across the prison, using my background in teaching and psychology. 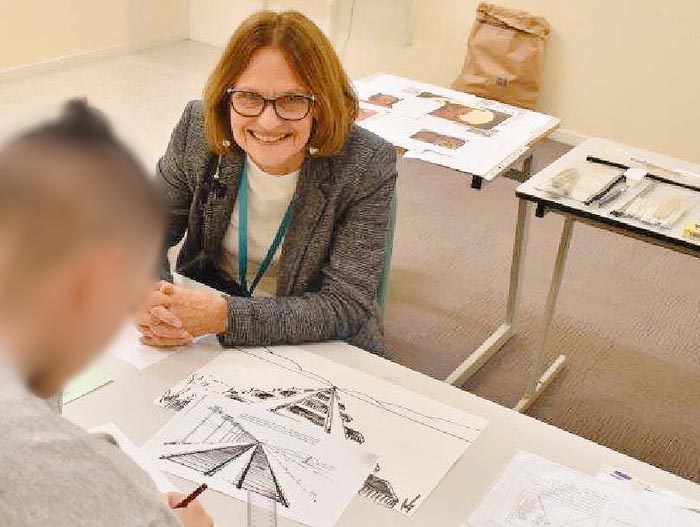 Sometimes the level of concentration in these weekly classes is such that you can hear a pin drop. I find this intriguing when I think about the chaotic lifestyles that have often led these men to prison.

In 2018, I became a volunteer at Auckland Prison, where I supported numeracy and all levels of literacy – from the very basic through to those undertaking university studies.

At the same time, a need was identified for an art programme in the prison. So I set about planning a programme that would accommodate the limitations posed by a prison environment.

The ensuing Creative Art Programme comprises six-week modules that run throughout the year. Normally, when they are no COVID-19 restrictions, I facilitate up to eight weekly sessions on a one-on-one basis or with groups that can vary from four to twelve students. It’s been well-received by the 25 or so men I typically work with each week.

A chance to affirm their individual identities

The art class provides the context for a lot more to happen beyond the art making. Art offers the men a chance to affirm their individual identities. Being “into art” can bring a positive element to this identity. They love realism and gain mana from being able to draw well. 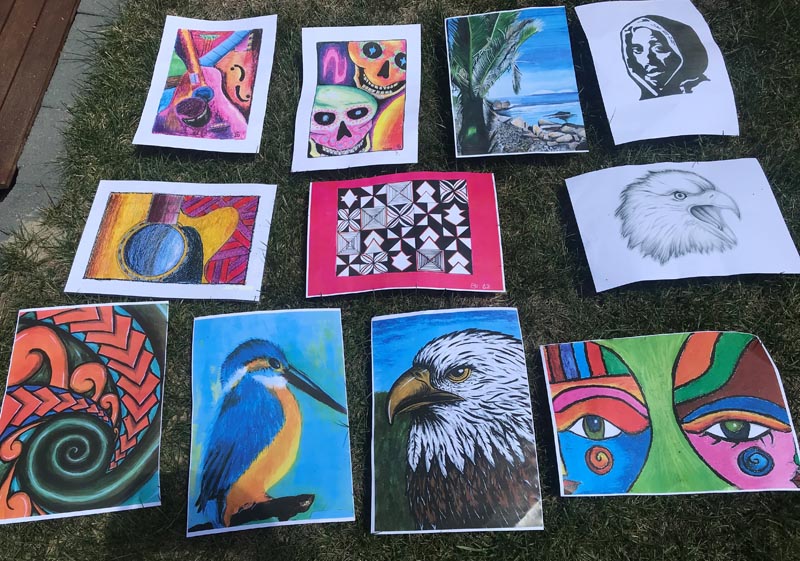 Social identities can be maintained too. At one point, I suggested they could all paint parrots until one of the men told me they wouldn’t want to paint parrots because in prison, parrots are the snitches. So the idea was tweaked to become native birds.

Cultural identities can also be reinforced. Indeed, the men frequently incorporate traditional patterns into their artwork.

I’ve often observed the sense of pride and achievement prisoners have when they finish a piece of work. I hold it up, they look at it intently, and then with a restrained smile they might say, “That’s bad” – meaning it’s good.

I have also noticed prison officers asking the men to show them their art. This has been an informal and happy interaction between staff and prisoners that can nurture positive relationships between them.

In most of my art classes, there’s a mixture of men from different gangs. The men seem to leave their gang affiliations at the door: group dynamics have always been friendly and supportive.

Practising social skills such as tolerance and self-control

The art classes are an opportunity for the men to practise social skills such as tolerance and self-control with people they might not normally hang out with. In fact, as an experienced  teacher, I find working with people in prison far easier than any class I have taught. I think that’s because they really appreciate the opportunity that a volunteer is providing them. 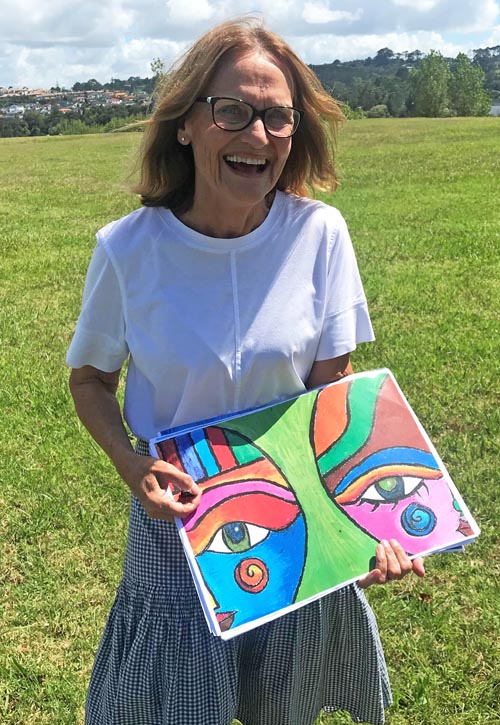 Art can provide scope for people in prison to construct a new sense of self and what’s possible. Some of the men unlock a talent they didn’t know they had while others arrive with highly developed skills.

The men seem to regard the art class as a safe space where they can relax and let their guard down. It’s a time in the week when they can feel accepted without judgement, and receive attention and appreciation. They have described the art class to me as “down time”.

Typically, these sessions are marked by good humour and mutual respect. I find it’s crucial to tune into the mood of the men. The stress of the prison environment can mean they arrive agitated, tired or even unwell. So if they feel out of sorts I know to just leave them alone, let them relax and calm down.

The men in my classes have a thirst for knowledge and can feel alienated from the world outside. I once told them I was honouring their intellect by telling them about Picasso and cubism. As a result, one student signed his next piece of work a.k.a. Picasso.

The men I’ve met speak warmly of their children and love to be able to keep in touch. For example, one man told me he wanted to paint a picture of a bird with a happy face because he wanted to send it to his daughter.

Working with these men in prison is hugely rewarding. A student once told me that “Art was the highlight of his week”. Well, it’s mine too! I look forward to returning to the classes when the COVID-19 restrictions are lifted.

The Department of Corrections has around 1700 volunteers working in prisons on a regular basis. If you have an artistic skill you would like to share, visit the Department’s website for more information.