Wellington artist and poet Maisie Chilton’s exhibition Where does it hurt? features at the Toi Pōneke Gallery in Wellington until 21 July, including  a poetry reading as a Rape Crisis fundraiser on Saturday 17 July. 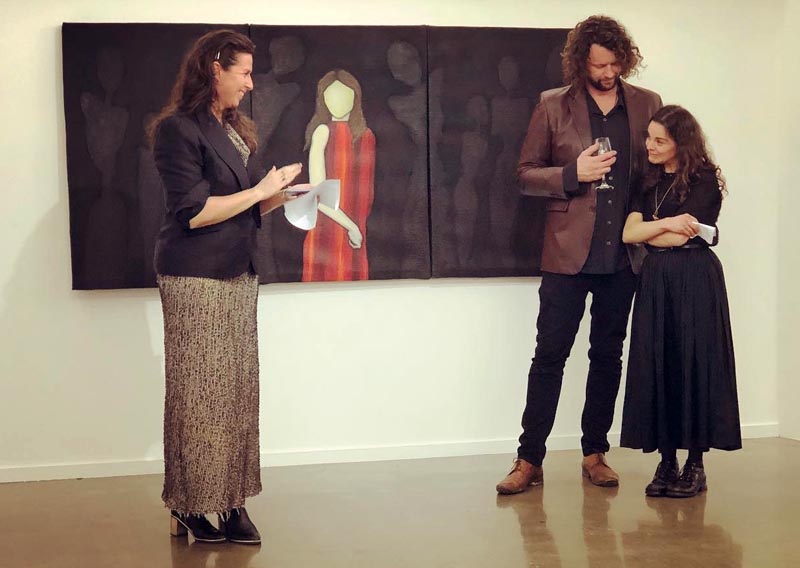 She recently did an interview with RNZ’s arts programme Standing Room Only, where she spoke about her show and the importance of her arts practice for her mental health. 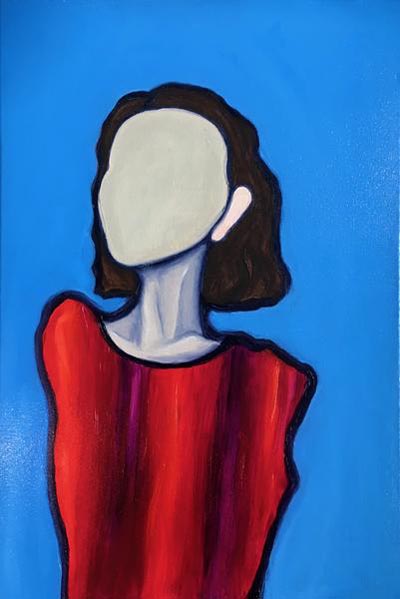 It’s made her realise how good she is at art. “I anticipated working very hard for another ten years before anyone noticed what I was doing. It’s easy to say, ‘I don’t think this matters’ but when a highly esteemed organisation with as much clout as the Arts Foundation says, ‘Yeah, what you’re doing matters, and it’s amazing’ … I’m still processing it.”

She hopes the fact she is largely a self-taught artist will encourage other people to give art-making a go if they want to try but don’t think they will be very good.

The name of Maisie’s exhibition came from when she wrote the phrase “Where does it hurt?’ on a drawing she was doing as art therapy.

She has post traumatic stress disorder (PTSD) from a traumatic experience when she was 15, and struggled to communicate what she was going through.

Maisie started painting in 2014 when she was 22 to process the grief she felt after her art teacher mother died, including painting her mother’s casket. 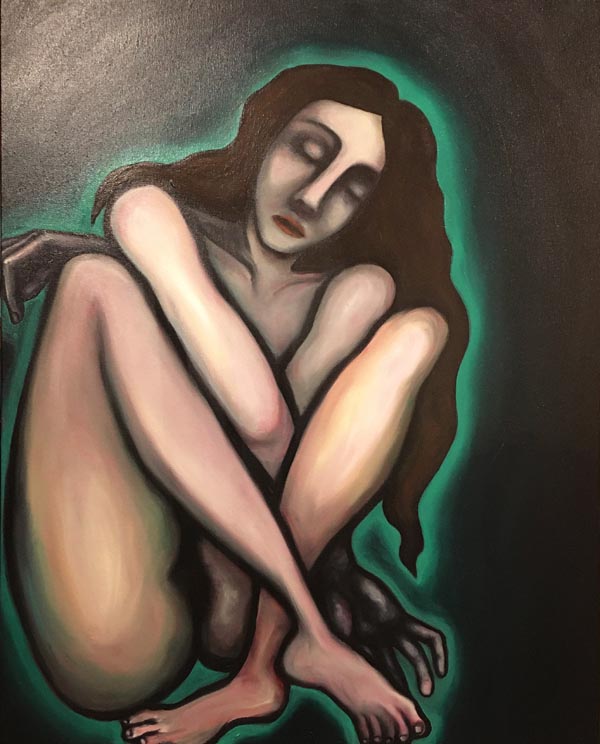 After Where does it hurt? finishes, Maisie plans to prepare for an exhibition centred around her lifelong struggle coming to terms with being in her disabled body. When she was in her young teens, she thought nobody would notice her cerebral palsy if she did not talk about it.

“Disability stuff comes into Where does it hurt?, but I want to look more at my overall experience of being in my body, and my lifelong struggle with that, in terms of the way I’ve separated myself from it.”

Her disability affects her art practice. She uses one hand to steady the other as she paints, and she pushes hard with her brush to steady her painting hand further.

One of Maisie’s goals after the exhibition is to learn how to navigate the art world.