2 November 2016
The classrooms were upstairs with no lift access. Trish Harris, 11, sat in her specially designed canvas “blue seat” and was carried up the stairs by two of her classmates, one on either side of her.

This is one of the many stories in Trish Harris’ memoir, The Walking Stick Tree, published in October by Escalator Press. She still has that blue seat with its straps, loops and belt, which helped her navigate her way around Viard College in Porirua in the 1970s. 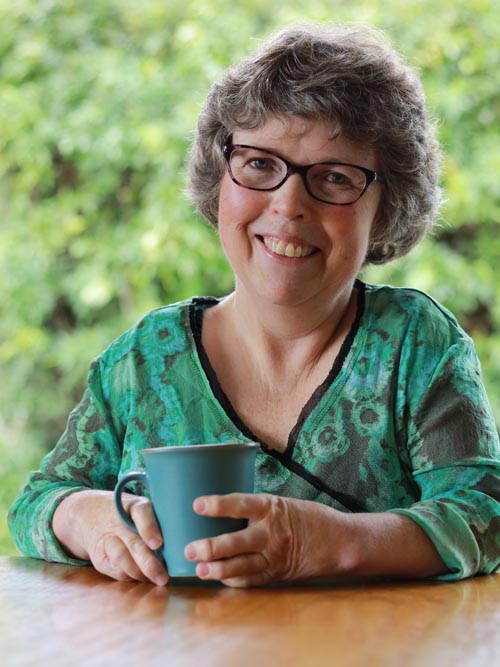 As a teenager, diagnosed with rheumatoid arthritis at the age of six, Trish just wanted to be like everyone else: to run, dance and stay up late.

“I had a lot of friends who helped me in practical ways,” Trish recalls. “They understood my needs but inside me, there was a complicated dance to minimise my impairment.

“When I was growing up, I pushed through the pain to overcome my body and be like my peers. I couldn’t see anything positive in identifying as having a disability and didn’t want to draw attention to my different body and the different ways I had to do things.”

After school and gaining her drivers licence in her adapted red Honda Civic, Trish attended a one-year journalism course in Wellington and then had a second hip replacement operation.

Leaving the security of her close-knit family in Plimmerton and moving to Palmerston North to take up her first job at the New Zealand Disability Information Bureau was a turning point, she says.

Also pivotal was connecting with peers who were also disabled. She says it was liberating to talk about the “harder things” with people who had experienced disability.

In 1997, Trish wrote her personal story, adding four essays to the manuscript in 2013 – essays that reflect on pain; loss, sadness and grief; identity; and the marriage of body and soul.

Illustrations by Sarah Laing include sketches of the blue seat; her adapted car with its wheelchair hoist; four walking stick tricks; and five ways to carry a child.

Her essay The Nature of Pain begins: “If I had to mark a time when the change caused by arthritis reached a point of no reversal, it was probably at the end of my primary school years. By this time, my joints were very damaged. I had formed a relationship with this thing called pain and we were jostling for room, not only inside my joints, but also inside my head.”

And in the essay The Dance of Identity, she examines her desire to avoid connections with disabled people in her younger years and how today those connections bring not only rewards but also another place to belong.

“What people see on the outside is only one part of me,” Trish says. “The grist of my memoir is about the inside experience.” 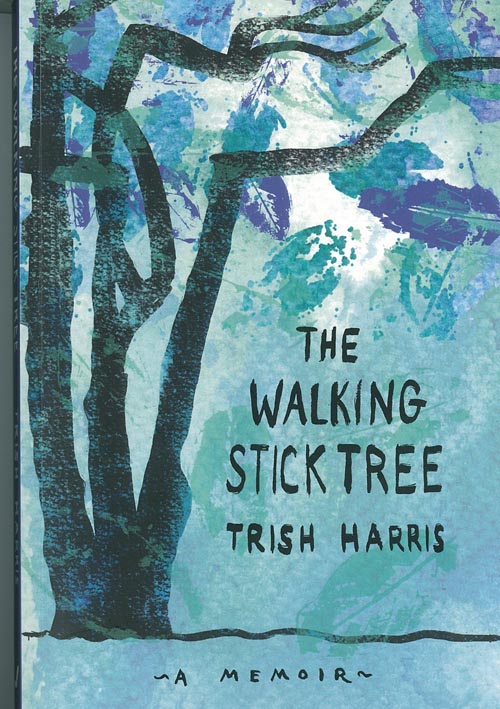 What she most wants the memoir to do is capture an experience that readers know but haven’t been able to express. “I think that’s what language can do for us. It can liberate something inside. All writing has the potential to connect with people and along the way, it can also be transformative.”

Trish also hopes non-disabled readers will gain new insight and the essays will stimulate discussion. She’s looking forward to reading her work at an event on Saturday 12 November called Crip the Lit, one of the events in the LitCrawl Wellington programme.

“It’s exciting to be on a panel with other disabled writers and great that LitCrawl saw how interesting an event like this could be. Who knows what we can create from that?”

Trish’s work has been published in various anthologies and magazines, and broadcast on Radio New Zealand. She also co-founded Tigers and Tulips, a group that ran writing workshops for disabled women writers in Wellington.

Trish no longer lives with the kind of pain she experienced growing up and in early adulthood – in part because the arthritis has “burnt out”. But also because she has made lifestyle changes. She has good support, works part-time, lives in a house built to meet her needs and a car that accommodates her wheelchair.

One of five children, Trish says her family read the manuscript before it was published and their feedback was “pure support”.

“My mother has just reread the published book and said it took her back. Now she wants all of her children to write about their lives.”