Christchurch Men’s Prison have run a prison-wide creativity competition for the men in their care. The competition ran for the two weeks around ANZAC Day and in the middle of the COVID-19 Alert Level 4 lockdown. 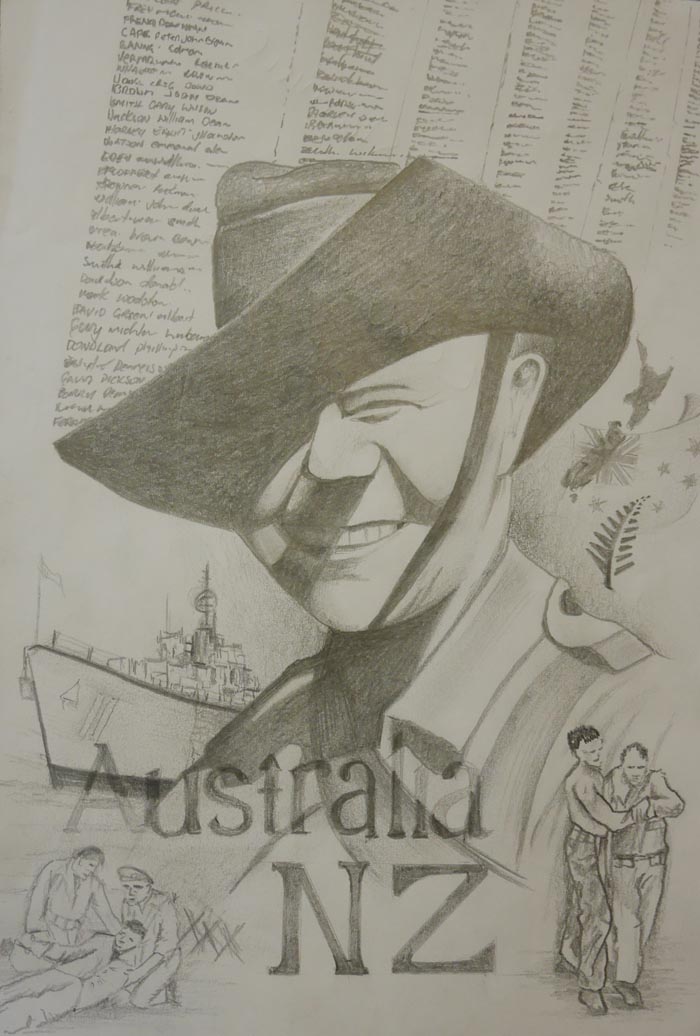 “The arts are a great release for people,” says Prison Director Jo Harrex, “and we have some very talented people in our prisons. The competition was devised to give the men a task to keep them busy over this period and to give them an outlet for their feelings, especially those feeling anxious and disconnected. It was also a way for the men to acknowledge ANZAC Day.”

The prison received 34 creative writing, art and poetry entries. Jo says many other men participated but didn’t enter the competition.

“We are very impressed by the calibre of the work and the depth of perception and understanding displayed in the entries,” Jo says. “The men seem to have a particular affinity with ANZAC soldiers with many having relatives who fought in one or more of the 20th century wars.

The winners were announced on Friday 8 May and received prizes of phone cards and chocolate.

Below is the winning COVID-19 poem below*.

Such unprecedented times Makes me want to write some rhymes

locked down with no devices while country stuck in crisis

whole country stuck in bubbles with anxiety and troubles,

family harm is on the rise battered women blackened eyes

all the kids are traumatised,

they took the homeless off the street so many cant afford to eat,

worldwide its causing mixed reactions, so much has changed so much is happening

Once in a hundred year event that’s gonna make a massive dent, on the older population last of the greatest generation

so many bodies forgotten stored in trucks and going rotten.

Mass graves are overflowing they say infection rates are slowing

USA the epicentre who has a leader with dementia has said inject yourself with solvents I think this could maybe solve this,

On the up pollutions clearing, But doesn’t balance what were bearing

The world will never be the same, coronavirus is to blame

Thank you all the frontline workers Hospitals doctors and nurses

*Editor has added some sentence breaks for ease of reading, but otherwise left this as written.