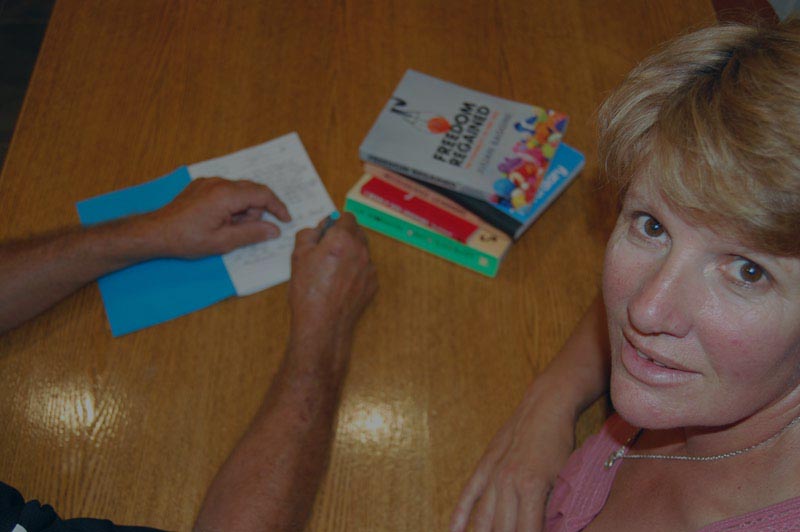 Creative writing tutor Bridgette Jochems ran the competition in late 2015 and around 30 men submitted work. From there, she set up a creative writing class and invited the men to join.

Reflections, printed in late 2016 by the Corrections Print Shop in Rimutaka Prison, contains 43 pieces of work. There are poems about freedom, friends and family; short stories often with a Northland setting; memories of life on a farm; and insights into growing up.

In the introduction, it says: “You’ll notice the lack of an obvious theme. Our only criteria for the writing was that it had to be something someone would like to read.”

Some of the writing in Reflections includes the original 100-word stories but they have been workshopped, reworked and edited.

“The men worked hard to polish their writing,” Bridgette says. “They’re very good at giving and receiving constructive criticism. It’s a process that teaches them valuable communication skills, and how to evaluate their own and other men’s writing.”

The publication also contains work by prisoners who aren’t participating in the classes and by some of the Corrections officers. The artwork, including the cover, was done by men in the visual arts programme. 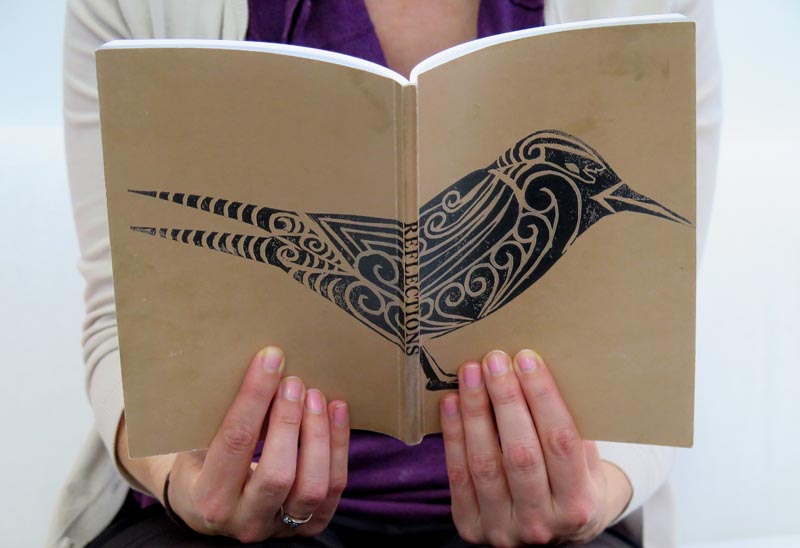 “The men were obviously very proud of what they had achieved and many said it was the first time they had seen their writing in print,” Bridgette says. “They also loved showing it to their families.”

Bridgette has been running two creative writing classes every week since late 2015. Each class has eight to ten men. She also runs a mentoring course for prisoners with leadership qualities and a positive attitude to mentor others. For example, some of the men in the Shakespeare Behind Bars programme took part in the mentoring course so they could mentor others in the theatre group.

The third part of her role at Northland Region Corrections Facility is running a debating group where the men learn to think about issues from different perspectives and take a position on something they might not agree with.

A primary school teacher and journalist, Bridgette was a literacy and numeracy facilitator at the Northland prison for eight years. She has also had some of her short stories published.

“Taking part in the creative writing classes builds on their literacy and fosters an interest in books and reading,” Bridgette says. “Another benefit is that the men learn to express different perspectives and write in an engaging way.”

As for the participants, comments about the classes include:

Jacqui Moyes, Arts in Corrections Advisor for Arts Access Aotearoa, says creative writing is a very direct way to tap into a person’s source of creativity. “It’s a great way to find your creative voice and you don’t need much to do it. Just a pencil and paper.

“We’re lucky to have such incredible writers and teachers sharing their skills with prisoners and encouraging them to express themselves.” 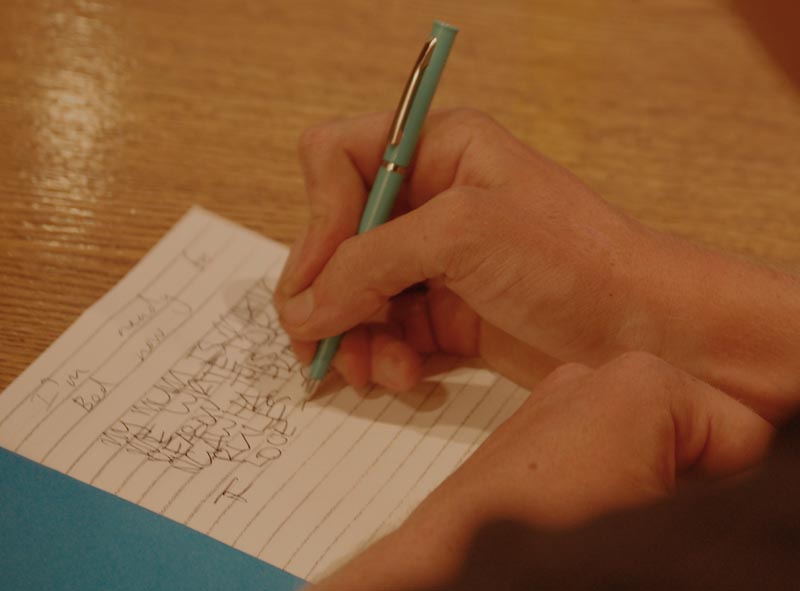 At the moment, Bridgette is working with the prisoners on a project similar to the Dunedin-based arts-in-health charity called Poems in the Waiting Room (NZ). Poems are selected and printed on poetry cards (A4 three-fold cards), featuring between eight and ten poems.

“I say to the men, ‘I’d like you to write something you would like to read if you were in a waiting room,” Bridgette says. “Instead of thinking about their own lives, they have to think about their audience. We also talk about humour and try to add some lightness and fun to the work.”

All profits from the sale of Reflections will be donated to the Salvation Army, Northland branch.  If you would like a copy, please send your request to: Creative Writing, Northland Region Corrections Facility, PO Box 727, Kaikohe 0472.