The cause – supporting young people in the Christchurch suburb of New Brighton – is the main reason two men in Matapuna Special Treatment Unit at Christchurch Men’s Prison have been creating paintings and carvings for a prison art auction, to be held on Friday 18 October.

“It’s about giving something back to the community and trying to help some of the kids,” Dave (not his real name) says.

For John (not his real name), it’s about the next generation. “I want kids to succeed and not come down the road I have. But I’m on the road out of here and I’m never returning.”

John also likes to get his work “out there” so it can be seen even though all the artists contributing work to the auction are anonymous. “If people buy my art, I think it’s a win-win situation. It’s money for the kids in New Brighton but it’s also good for me to be able to share my art with the outside world.”

Family support, setting goals, staying focused and making the right choices are all things that John believes will keep him from returning to prison. And his art, he adds. This month, John graduated from The Learning Connexion with a Diploma in Art and Creativity. He’s been studying part-time for the past three years and says there’s hardly been a day when he hasn’t done art.

John has created three big paintings, a triptych (three panels) and some carvings for the art auction. He’s been working on them for the past six months.

That first auction raised more than $21,000, which was donated to the Christchurch Earthquake Mayoral Relief Fund.

The theme for this year’s auction is “Care for our land. Care for our people. Go Forward: Manaaki mai, Manaaki atu”. Around 220 artworks by more than 90 prisoners will be on display and all proceeds will be donated to the Youth Alive Trust, based in New Brighton. 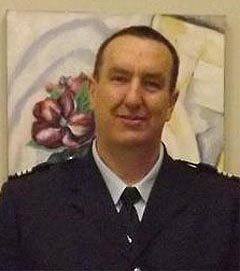 It’s been a lot of extra work, Jason says. But like the prisoners, he’s pleased to be contributing to such a worthwhile cause. He hopes the auction will raise at least $30,000 this year.

“What has made it such an enjoyable experience is the one-team approach,” Jason says. “Corrections’ management and staff across the country have come on board, and the prisoners and wider community are also doing their bit.

“Prisoners have embraced the auction, and it’s given them a real focus and sense of pride. They’ve been given this opportunity and they haven’t let us down.”

Jason’s role on the committee is to provide a central contact for queries and to co-ordinate tasks. He’s also been collecting donations of art materials and wood, and distributing them to the prisoners.

Both Dave and John talk about the skills they have learned preparing for the two prison art auctions. These include:

• working alongside others and helping where you can
• being patient
• seeing things right through to the end and not getting sidetracked
• meeting deadlines. 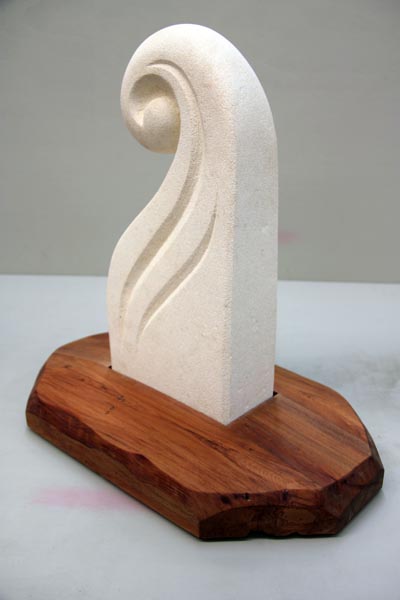 Dave has been carving for more than 30 years. “For me, keeping in touch with my Māori side has been really important and I’ve been able to reconnect through my carving.”

He’s created two large murals, several carved kōauau (small flutes) and pūtōrino (flute). He’s also completing a pou toko manawa (centre pole of meeting house), started by another prisoner before he was released, along with a metre-long waka, made from a kauri post and mounted on a stand.

The waka, he says, is his favourite. Although he designed it, he’s involved two other men in the project. “I got a brilliant young carver to work with me. The other guy had never carved but I got him sanding the wood.

“I can tell they feel really good about it and it’s helped their self-esteem. I saw the gleam in their eyes when they saw they had made something beautiful. All the complaints stopped and they’ve become really positive. They’ve blossomed and are still making work for the auction.”

Artworks can be viewed at Youth Alive Trust, 111 Seaview Rd, New Brighton from 12:30pm on Friday 18 October ahead of the official opening at 6pm. There will be silent auctions as well as the public auction.