11 August 2016
By Daniela Pavez
Nine offenders from the Youth Unit of Hawke’s Bay Regional Prison were introduced to the world of graphic design as part of a Road Safe Hawke’s Bay project aimed at raising awareness of the risks and consequences of poor driving decisions. 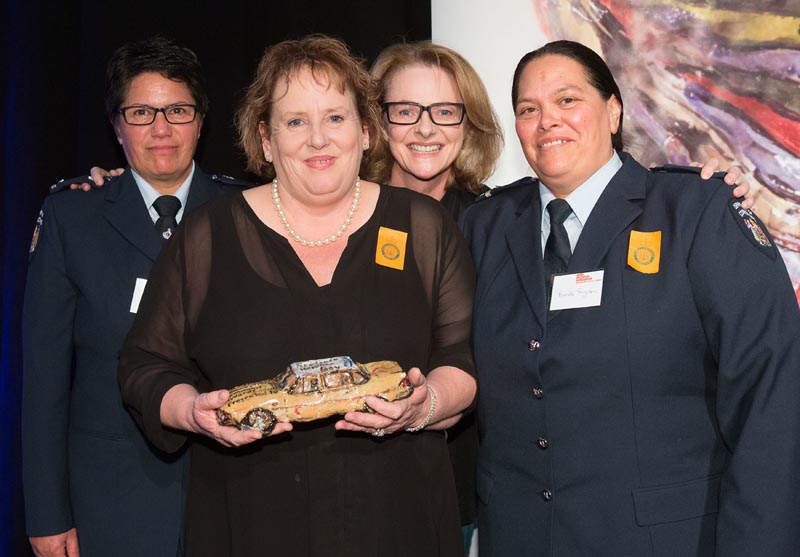 Road Safe Hawke’s Bay received the Arts Access Corrections Community Award 2016 in recognition of its efforts to create new pathways to support the young men’s rehabilitation and their re-integration back into the community.

The Youth Unit was invited to a one-day workshop, organised by Road Safe Hawke’s Bay with New Zealand Police. Here, they heard about the consequences of poor driving, and the rates of serious and fatal crashes in the region, in particular by young drivers. 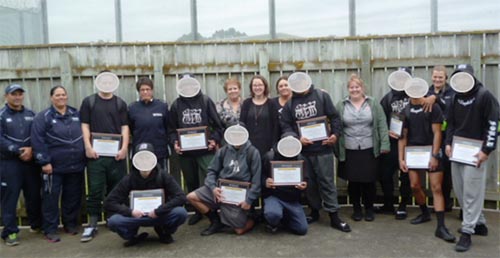 Leonie Aben, Residential Manager at Hawke’s Bay Regional Prison, says the nine young men who took part in the project decided to be part of the solution. Working with a graphic designer, they created safety resources focused on changing people’s behaviour and attitudes, and increasing knowledge around road safety.

The project started in May 2015 and ran for three months. It wasn’t easy at the beginning. Leonie says. Coming from different places, backgrounds and gangs, initially the young men weren’t very responsive.

“These boys have heard so many things in their lives.  It’s not easy for them to believe in others or themselves but finally, they decided to give it a go and see where this project would take them,” Leonie explains.

“When they saw their ideas becoming proper designs, it was very inspiring for them. Their job was taken to another level and their attitude changed.  They started to work as a team, to communicate and to feel proud of their work.”

The involvement of a graphic designer was fundamental for the success of the project.  Bex Bloomfield, designer with the company Little Red Robot, worked alongside the men to assist them in the creative process and help them to materialise their ideas.

For Bex, the experience was “remarkable”. It was her first time working with prisoners and she was surprised by the talent among the young men. 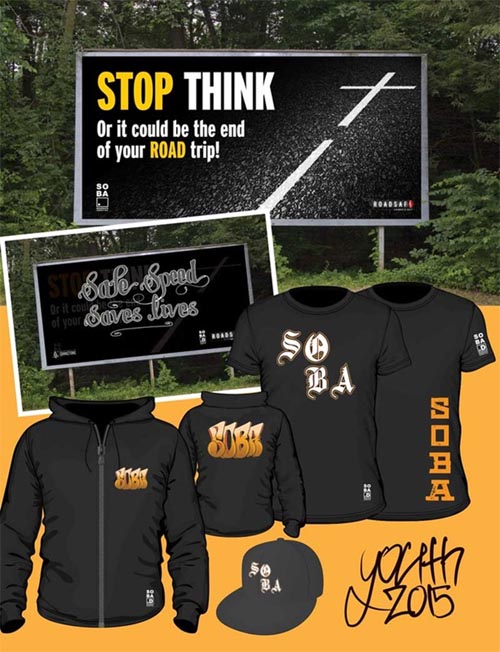 “Their understanding of typography, shape and space was really impressive. Some of the hand lettering was outstanding and they really seemed to enjoy the whole process. They were open and interested in new ideas and were genuinely supportive of each other’s work.”

At the end of the project, the men were presented certificates and items of clothing with their own designs printed on them. The prison director let them wear their garments in the Youth Unit, something not normally permitted.

In addition, artwork from two of the participants was printed on to billboards, erected on Hawke’s Bay Regional Prison property and will also be installed along State Highway 2 at Paki Paki.

Linda Anderson, Regional Manager from Road Safe Hawke’s Bay, says: “It was truly an amazing journey to see these young men working passionately and believing in what they were doing.”

Feedback from the participants showed they were very proud of what they had achieved. Some saw graphic design as something they would like to continue after they were released.

Hone*, who lives in Rotorua, had never thought much about road safety issues but says taking part in the project was something positive to do while he was serving his sentence.

Putting a message out there

Although Hone’s design wasn’t selected for the billboard, he enjoyed the creative process and “putting a message out there for teens around my age”.

Currently on probation, Hone is looking for a job. He’s not sure if he would consider graphic design as a career.  “I am not that good,” he says, despite the praise of the graphic designer and others involved in the project.

Leonie says the graphic design project was only “the icing on the cake”. There are a number of other projects involving the arts and creativity happening at Hawkes Bay Regional Prison.

She says the idea is to engage prisoners in activities they would normally not have access to so they learn new skills and “find the inspiration to follow their true calling in life”.

*(Not his real name)

+ Text Size -
Do NOT follow this link or you will be banned from the site! Original generation time 2.3272 seconds.