26 November 2015
Hutt Valley ceramic artist Robert Rapson’s love affair with ships was the inspiration for a short film by filmmaker Leonardo Guerchmann, which had its New Zealand premiere in Wellington on Wednesday 25 November. 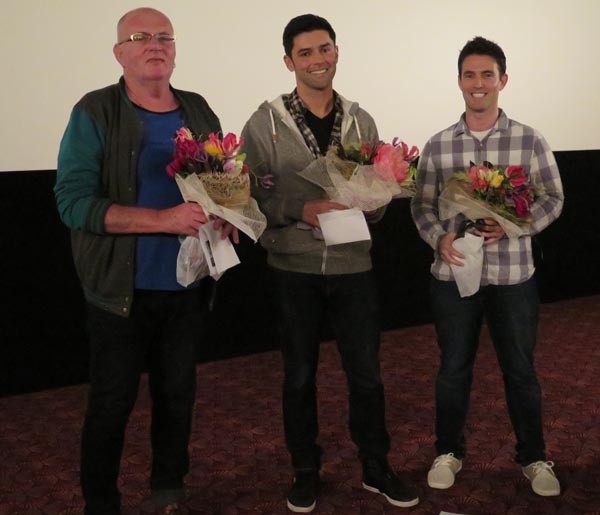 Called Robert Rapson: Outsider Artist, the 12-minute film had its premiere at the International Film Festival of Cinematic Arts in Los Angeles in October 2015. It was produced by Tim Hope.

Arts documentaries provide an intimate and sometimes unexpected look at an artist,” Leonardo says. “Having edited a documentary feature film about the artist Gordon Crook, I was keen to make my own.

“Most people, especially around Wellington, are aware of Robert’s art, which is unique and somewhat impressionistic in style. Initially, I was after the person behind the ships. I didn’t have any agenda or plan. I just wanted to let Robert tell his story and I structured the film around Robert creating one of his ships.”

The film is interspersed with scenes of Wellington Harbour and the ships that berthed there, including an Italian passenger liner called the Angelina Lauro – the ship, bound for Europe, that Robert sailed on at the age of 20.

As a child, he recalls, he used to watch the ships sail into and out of Wellington Harbour from his home in Melrose, and walk along the Wellington wharf.

“There would be bands and streamers and parties on board. It seemed exciting as a child. These ships were going to faraway places that at the time, you thought you might never go to. It seemed very Robert Louis Stevenson to sail off into the Pacific.”

Leonardo is a Wellington video editor. He is a graduate of the New Zealand Film and Television School, and has worked on several film and television projects. Robert Rapson: Outsider Artist was made with funding from Creative New Zealand and support from Arts Access Aotearoa.

Richard Benge, Executive Director, Arts Access Aotearoa, says: “Personally, I am very drawn to Robert’s works and greatly admire his many years of dedication. What I love about this film is its glimpse into Robert’s world and his creative processes.”