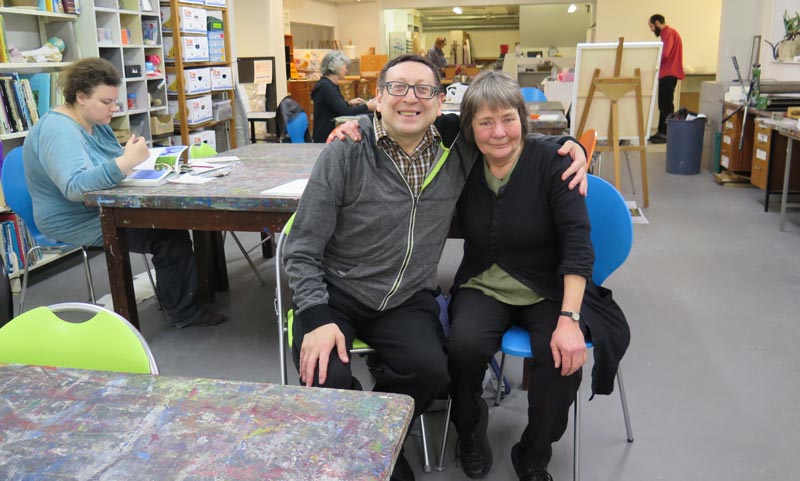 Glen McDonald, Coordinator of Vincents Art Workshop in downtown Wellington, is leaving her beloved creative space after nearly 30 years of service to its community. 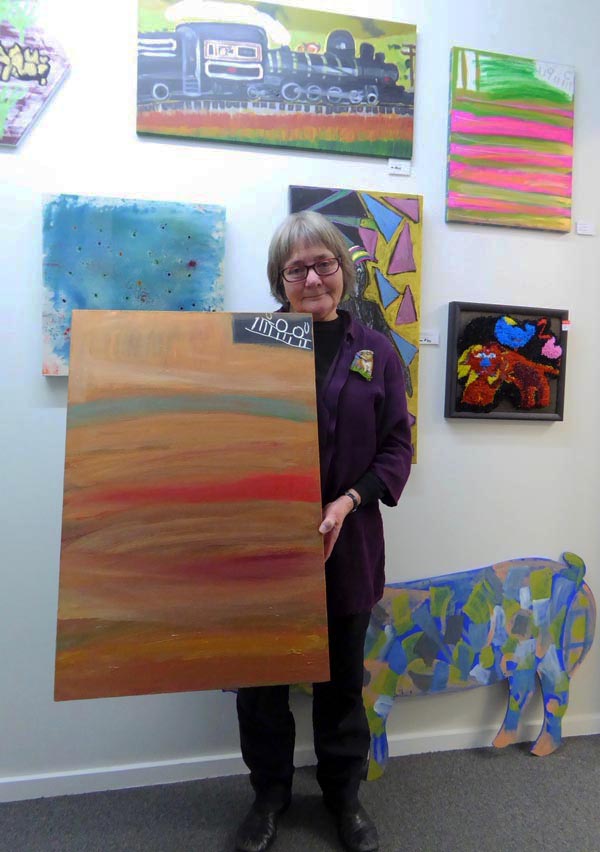 “Now is the right time for me to retire after managing Vincents through the pandemic over the past two years,” Glen says. “I’m no spring chicken and although I still look forward to coming into Vincents every day, it’s time for me to step aside.”

Glen discovered Vincents Art Workshop in 1993 and after working in various roles, she became its Co-ordinator in August 2000.

“The biggest part of my job has been about relationship-building and that’s probably been my greatest strength,” Glen says.

A mentor to others, Glen is constantly developing networks and partnerships in the community to support creative self-expression. This includes a weekly art programme with patients in Te Whare o Matairangi, the Mental Health Unit at Wellington Hospital; a mural project with prisoners in Arohata Women’s Prison; and a publishing project with The Landing Press.

“I am leaving Vincents in good hands, thanks to a brilliant team here who carry Vincents’ philosophy in their hearts and in everything they do,” Glen says. 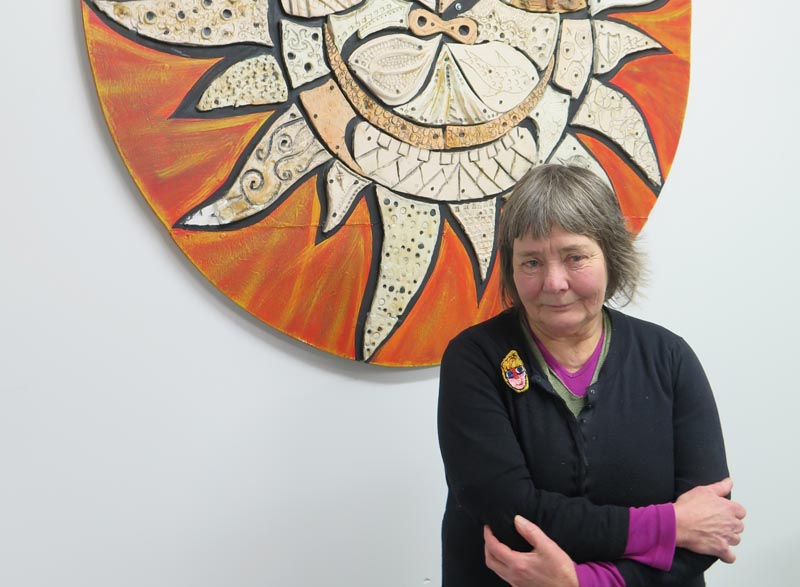 In a feature article published in Stuff (5 March 2022), Deputy Prime Minister and MP for Wellington Hon Grant Robertson said of Glen: “The number of lives she’s touched that ultimately she had probably saved as well – people who have found purpose and meaning and connection – is down to Glen. She is the rock around which this amazing service is built.”

Dame Suzanne Snively, co-patron of Vincents Art Workshop, acknowledges Glen McDonald for having made it the centre of her care and attention for 30 years.

“Under Glen’s leadership, and her strong and active principle of inclusiveness, Vincents has provided a welcoming environment for people from the community to spend time creating art,” Suzanne says.

“During the COVID-19 lockdowns, Glen and her team made sure the artists were supported online and, when possible, there have been exhibitions. She leaves Vincents having embedded a strong sense of purpose, based on respect for the diverse range of perspectives that people from the community bring to the creation of art.” 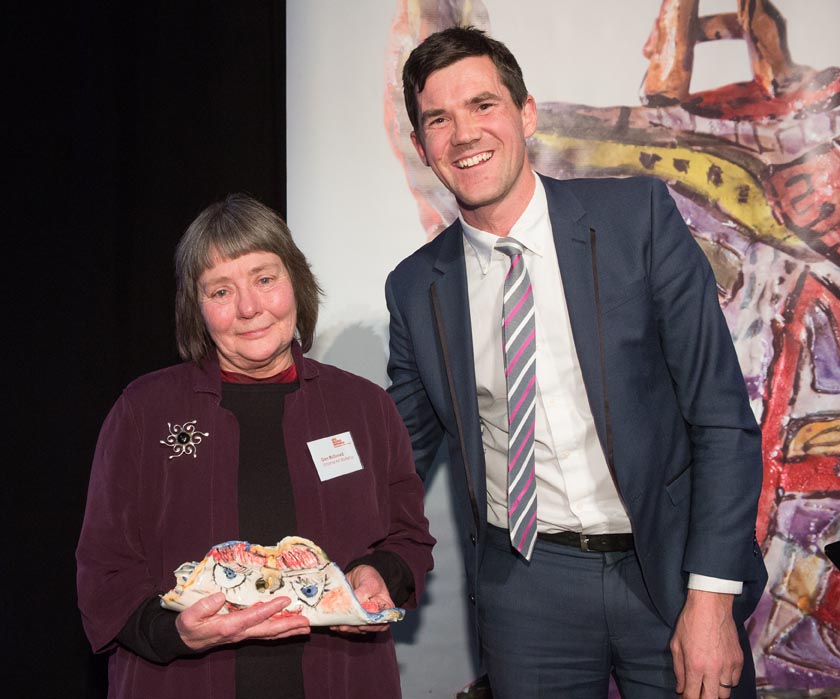 Glen has received numerous awards for her contributions to Vincents Arts Workshop and the Wellington community. In 2016, she received the Arts Access Accolade, presented by then Deputy Mayor Justin Lester.

Richard Benge, Executive Director, Arts Access Aotearoa, thanked Glen for everything she had done to make Wellington more inclusive and creative. “Glen’s passion for creativity, community and inclusion has been a positive influence on other community arts leaders. She has steered Vincents through some challenging times , particularly COVID, and now she can retire confident that Vincents is well-positioned to look to the future.”

Glen says that even as a child, she wanted to make things better. “I’ve always been aware there are people who are not included in our society. People who are devalued and locked out.

“Even though I don’t really focus on the past or the future, my vision is for a world where places like Vincents are not needed. A world where everyone is accepted, included, respected and valued.”

Glen will leave Vincents Art Workshop at the end of May. More information about her farewell will be made soon. In the meantime, you are invited to contribute to a gift for Glen on this GiveaLittle page.