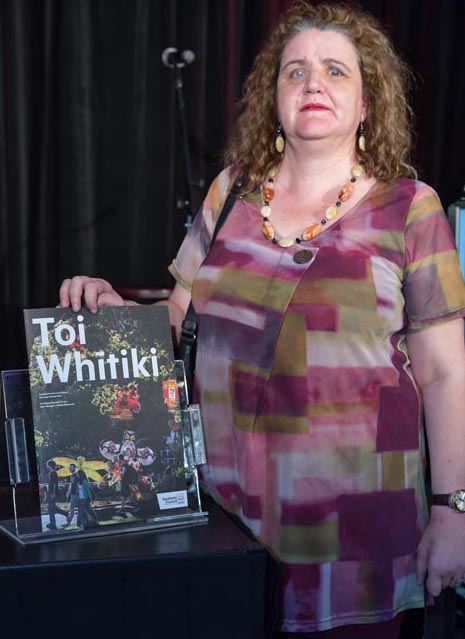 It’s this perspective of “access” that underpins Toi Whītiki, Auckland Council’s new Arts and Culture Strategic Action Plan, launched in December. Its vision of “integrating arts and culture into our everyday lives” has six goals, including “All Aucklanders can access and participate in arts and culture”.

Martine, who is blind, knows about the importance of access to books, live performance, movies, galleries and museums. She loves to read and go to the theatre, especially when it’s audio described. She’s also been to New Zealand Opera’s audio described performance of Madame Butterfly, and to Auckland Philharmonic’s special preview of a concert with audio description and a touch tour.

That’s what she does to relax in between her job, attending international disability conferences and forums, and serving on various boards and committees.

“I love reading, which I’ve always been able to access via braille or listening to an audio book,” she says. “In the past, going to the theatre or movies was often a frustrating experience for me. As a blind person, I missed so much.

“Now, with the advent of audio description in theatres and on television, I feel much more included.”

Martine began working for the Auckland Council as a disability strategic advisor in 2010 when the region’s six local councils merged. In October this year, the Council restructured and she took up a new role as Specialist Advisor, with a particular responsibility for disability.

“The aim of the changes is to empower communities to let us know what they want so we can support them to drive the changes,” she says. “The role involves a fair bit of co-ordination, relationship brokering, networking and technical advice to colleagues.” 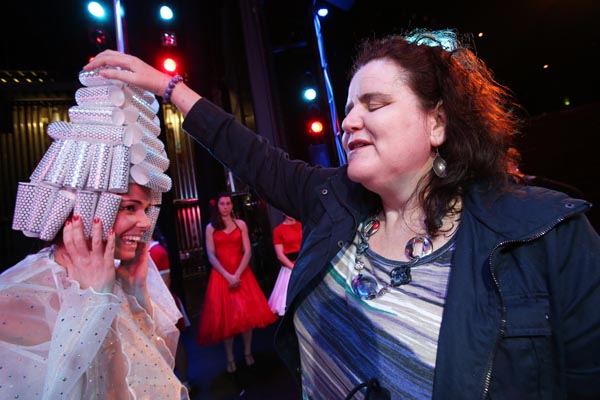 “The idea is that every policy and plan should be automatically inclusive,” Martine explains. “However, at this stage there needs to be a specific plan to ensure this happens.

“A lot of people have worked for a long time on these two plans and so it’s good to see them come to fruition.”

Soon after Martine’s new role was announced in October, she travelled to Uganda to attend the 6th Africa Forum, which aimed to build the capacity of the disability sector in Africa. Then after a week at work, she headed to Seoul in South Korea for a conference for disabled women.

She’s also a board member of Blind Citizens New Zealand and one of two New Zealand representatives on the World Blind Union.

Auckland Council recently took part in research by Auckland University of Technology, called Visual Impairment and Work. The research demonstrates, from an employee point of view, how a vision-impaired person navigates a workplace designed for fully sighted people.

“Resident expert on all matters relating to disability”

AUT produced a short video about the study, which includes an interview with Martine, described as the Council’s “resident expert on all matters relating to disability”.

In the video, Martine explains that adaptive technology is an enormous part of her daily routine. She uses a laptop with a speech output programme, a smart phone with speech output and a portable braille notetaker.

The research also looks at the need for employers to have the right attitude towards employees with disabilities, and the right policies in place.

+ Text Size -
Do NOT follow this link or you will be banned from the site! Original generation time 1.8401 seconds.