"Audiences were genuinely stunned by the talent of prisoner artists and the quality of work produced in the prison environment," says Christine Currey, Operations and Administration Manager of Mairangi Arts Centre, which presented the second InsideOut prisoner art exhibition in April this year. 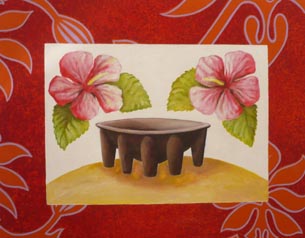 “Audiences appreciated that a large portion of the proceeds would go to the Christchurch Earthquake Appeal. It sent a clear message that people have the potential to be rehabilitated through art.”

Arts Access Aotearoa Executive Director Richard Benge and its Prison Art Advisor, Moana Tipa, attended the opening. Moana, who also attended the first InsideOut exhibition last year, says this exhibition is the most recent of many commissions, installations, and exhibitions presented by the Northland Region Corrections Facility and Auckland Prison. 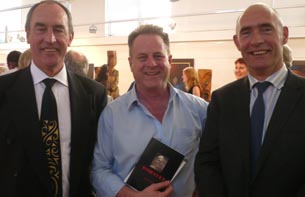 “The seeds for these initial projects were sown and developed in large part by Auckland artist and lecturer Robyn Hughes, a prison art tutor over a 17-year period until she left in 2010,” she says.

“In the past five years, however, the Northland Region Corrections Facility has also taken the lead in harnessing its culture of prison art to create initiatives and events that strengthen the rehabilitative thinking of prisoners and meet the Department’s strategic goals.

“NRCF has developed many effective community and stakeholder arts partnerships and networks. These have supported and given weight to prison art initiatives entering the public domain.”

A focus of the New Zealand Prison Arts Strategy

Moana says that NRCF’s partnerships, commissions and installations demonstrate a key focus of the New Zealand Prison Arts Strategy – developed through a partnership between the Department of Corrections and Arts Access Aotearoa.

Mark Lynds, Manager Contracts and Services, Northern Area 1, Department of Corrections,  says: ‘It’s important for people to understand the increasing quality of prisoner art and the positive thinking that is reinforced for prisoners through the initiatives. Partnerships help to reduce the gap between prisoners and the communities they’re returning to.” 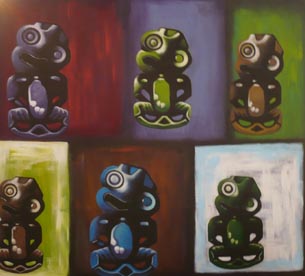 Mayor Len Brown was forthright in his speech. “Redemption is part of our communities and society. Look at how often we have to stand ourselves back up to meet great challenges. These works in front of us represent that.”

He said he was an “absolute believer” in personal wellbeing brought about through the arts. “They are the glue that holds us together.  They link us to our human spirit … My appeal and hope is for a much better future for these men.”

“Dig deep,” he told guests, which also included Department of Corrections’ management and staff, politicians, people from the arts sector, and families of prisoners. “Support and encourage this work – around the Shore, in the north, in the west and in the south.”