Beyond the dark journey

30 November, 2010
The eagerly anticipated follow-up to Earthless Trees, a book of short stories by young refugees in New Zealand, has been released. 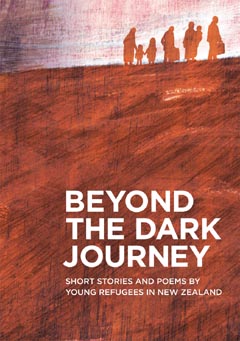 Beyond the Dark Journey is a new compilation of short stories and poems by young people from Sudan, Burma and Afghanistan.

The writers are all former refugees who have attended creative writing workshops run by Samson Sahele of Wellington Refugees as Survivors Trust.

Writing in the preface, Massey University’s Dr Ingrid Horrocks says that “even though war and violence sits in the background of many of these pieces of writing, what I found most moving in reading them was the continued effort made to depict the feeling of daily lived experience, even at times when, as one narrator puts it, ‘life means just surviving’.”

Earthless Trees, which was published in late 2008, sold more than 1500 copies – a record for a publication of its kind.