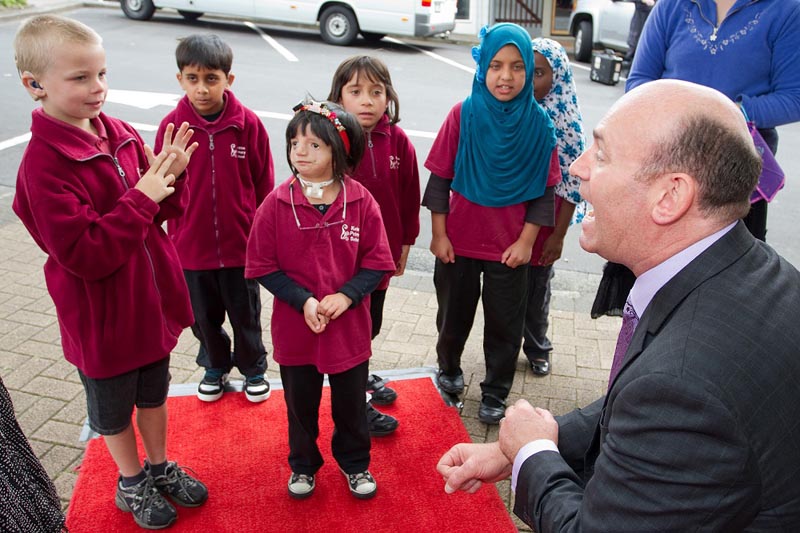 8 April 2016
By Andrea Moxham
Auckland’s Tim Bray Productions is celebrating its twenty-fifth anniversary of making children's theatre by bringing back some of its favourite shows in 2016 – all of which will include sign interpreted and audio described performances. 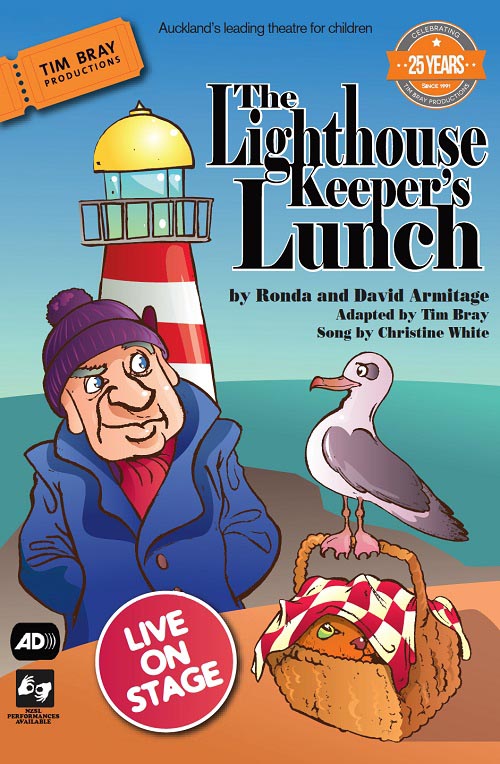 Tim Bray Productions  will present The Lighthouse Keeper's Lunch, Badjelly the Witch, A Lion in the Meadow and Other Stories and The Santa Claus Show in Takapuna's PumpHouse Theatre this year to expected audiences of more than 20,000. The Lighthouse Keeper’s Lunch opens on Monday 11 April.

“Theatre is such a visual medium and it makes sense that children who can't hear should have access to the dialogue as well,” Tim Bray says. “I’m delighted and heartened when I see Deaf children understand what's going on. In the last show, they really got into it and were on their feet cheering.

“We’ve been providing sign interpreted shows since 2004 and work regularly with Kelston Deaf Education Centre. We invite the school to our shows and try to make a priority to let them in for free. This is provided for by our Charity Seats programme that some of our funders, audience members and private individuals donate to, and even with no funding, we try to do it anyway.”

“We got in Audio Describers Aotearoa for advice and support, and they’ve got actor Kevin Keys to narrate the show. He provides all the description of things like the setting, costumes and movements in between the dialogue,” Tim says. 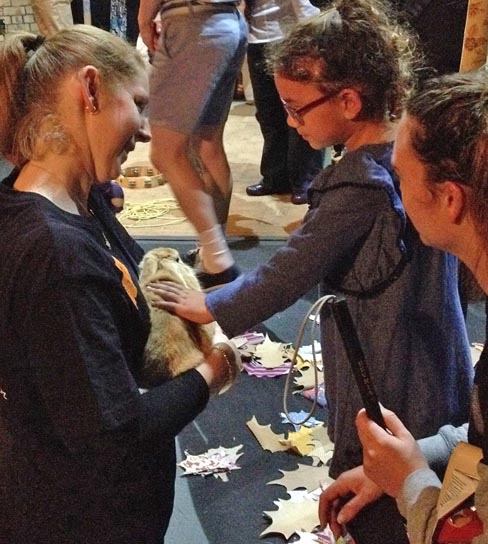 Before the audio described performance there is a touch tour for blind children. In 2015, the company performed The Velveteen Rabbit, a story about a toy rabbit that wants to become real. At the end of the show, there was a real rabbit and in the touch tour the children got to touch the rabbit.

The Lighthouse Keeper's Lunch is based on the picture books by Ronda and David Armitage and includes an original song by Christine White. Three Lighthouse Keeper’s stories have been combined into one show, adapted by Tim Bray and featuring Mr and Mrs Grinling, Hamish the Cat and the greedy seagulls.

A week before the show opened, some of the cast went to TV One studios to be filmed in a mock interview with presenter Simon Dallow. He interviewed the Grinlings, who save a whale, and this interview features in the show.

Four years ago the company auditioned an actor and gave her the role of Hairy Maclary. “It wasn't till after we cast Sarah Houbolt, we found out she was legally blind. It was a new challenge for our company to work around that.

“We had to learn from her what she needed and what she didn't want us to do. She was stunning, incredibly strong, powerful and did a brilliant characterisation.”

"Children are intelligent and perceptive"

Tim says that over his long career in children’s theatre, he’s learned that children are intelligent and perceptive. 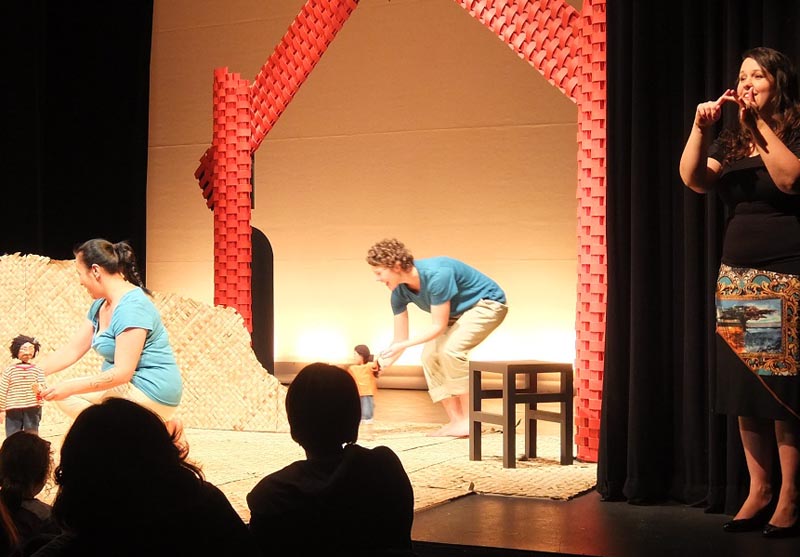 You don't need to dumb it down for them. They can work things out, and can handle the truth and deep emotions. We had 12-year-old boys leaving our production of The Whale Rider in tears because they were emotionally moved by the story.

“It’s taken me a long time to learn to trust the inner voice of creativity. Sometimes I'm stuck on something in a rehearsal room and something comes in from somewhere, I don't know where, and I'll say to the actors, 'Can you try this please?' and it fixes the problem.”

The Lighthouse Keeper’s Lunch runs from 11 to 30 April. There are two sign interpreted performances (10.30am 14 April and the 5pm Gala Performance 16 April). There’s a touch tour and audio described performance on 15 April, starting at noon and finishing at 2pm. For bookings, call 09 489 8360 or book online.

Tim Bray Productions is a member of the Arts For All Auckland network.