13 December 2018
Criminology and law students at Otago University are among more than 40 community volunteers supporting prisoners at Otago Corrections Facility.

The university students have been volunteering their skills for several years, visiting the prison once a week for 16 weeks over two semesters. This year, 30 criminology students have visited the prison where they’ve run a book club, a creative writing course, art classes and volleyball.

Dr Fairleigh Gilmour, lecturer in Criminology and Gender Studies, established the project for her criminology students in 2016. “I moved from Australia and in my first year here I asked a class of 300 students if anyone had been into a prison before. No one put up their hands.

“I thought, ‘Wouldn’t it be great if they could volunteer at the prison. What a great way to contribute to the community and broaden their experience!”

Fairleigh contacted Sherie Lucke, Principal Adviser Rehabilitation and Learning at Otago Corrections Facility, who was supportive and encouraging. The first group of criminology students visited the prison in 2017.

“People have strong ideas about the criminal justice system and how the prison system works,” Fairleigh says. “For criminology students, working with the men in Otago Corrections Facility is an eye-opening, positive experience. They get to know people with very different life experiences to their own and gain an understanding about what diversity means.

“It can also really benefit the students in terms of their careers because many want to go on and work with the Department of Corrections.” 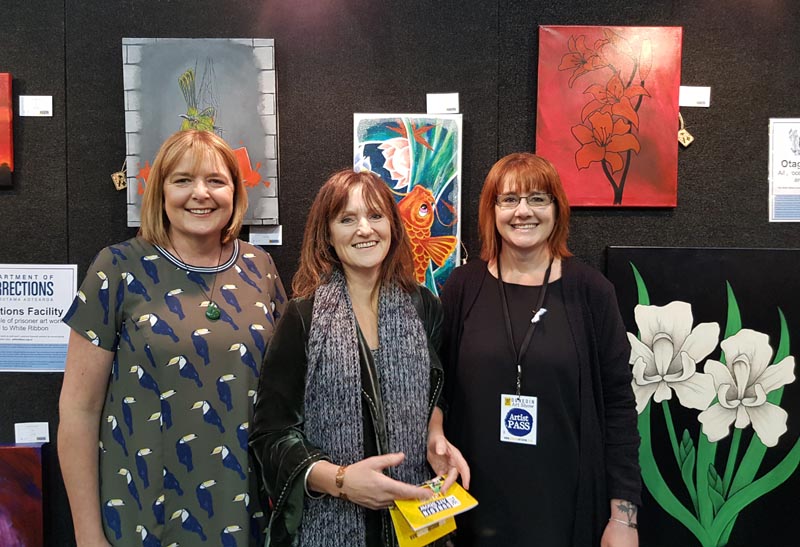 Sherie Lucke manages the team that co-ordinates the prison’s rehabilitation and re-integration programmes, as well as its constructive activities. The team includes seven staff, the volunteers and external providers.

“I’m fortunate to have a positive and energetic team of people who are passionate about delivering effective programmes to our prisoners,” she says.

Community involvement is an important part of the men’s rehabilitation and volunteers bring many different talents and skills, Sherie says. “The men are very appreciative of the volunteers who give up their time to share their knowledge and skills with them.”

As for the arts programmes and activities at Otago Corrections Facility, Sherie says they provide an outlet for the men’s creativity; teach new skills; help prisoners express their emotions and thoughts; inspire pride and self-confidence; and are a form of mindfulness.

The winning entry was Tuna Madness, chosen by a panel of judges. The writer was presented with a selection of books donated by the University Book Shop at a ceremony at Otago Corrections Facility.

A newspaper article says the winning writer, aged in his 50s, choked back tears and thanked Corrections staff for their support. “Thank you ... for showing me how to learn again. Your belief changed my life.'' 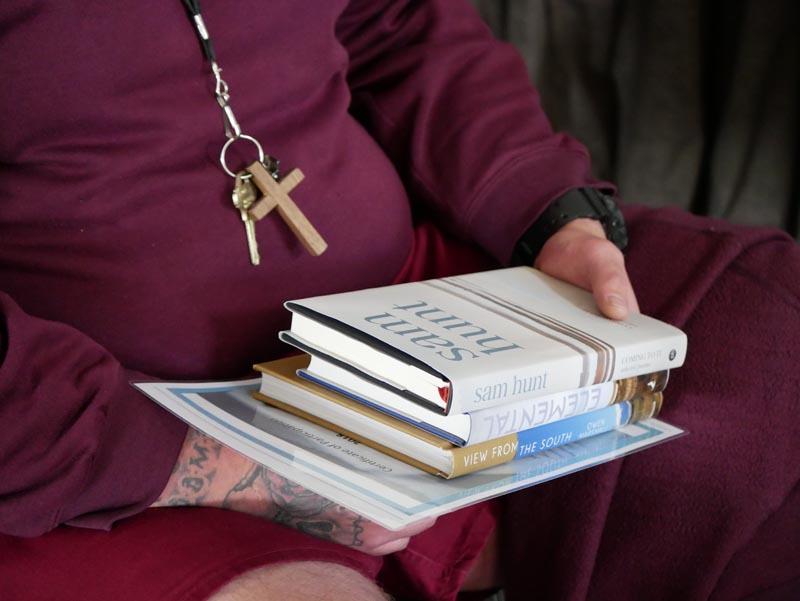 It was a similar story for the winner of the people's choice award voted for by ODT readers for his poem called The Plover. The writer, aged in his 20s, said: ''Everything is here for the taking for prisoners who want to grab it.''

Also this year, students ran art sessions over two semesters, supported by Corrections staff when they weren’t available. “The guys were passionate about doing their art and were able to work on it in their own time and as a group,” Sherie says. “Two of the men had completed level 4 certificates through The Learning Connexion, and this was a chance for them to mentor and support the others.”

The men worked on their art over most of 2018, Sherie says. They agreed to support the White Ribbon Campaign, which promotes respectful relationships between men and women, through the sale of their artworks. 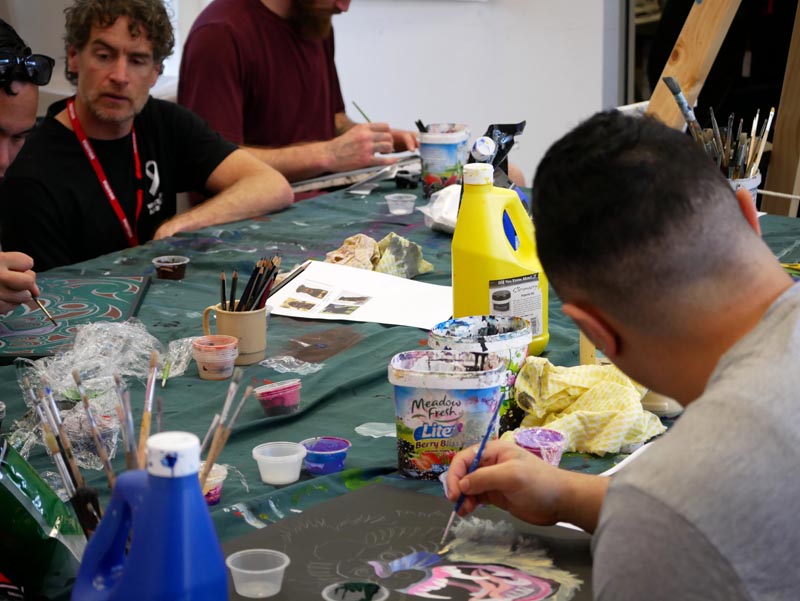 Organisers visited Otago Corrections Facility and one artist, Kate Morrison, spoke to the men about her work and what inspired her.

In the end, most of the 30 works were sold and the money raised – $2500 – was donated to the White Ribbon Campaign.

A third example of the connections that Otago Corrections Facility has built with the community is the drama group run by tutor and actor Ruth Ratcliffe.  For the second time this year, a group of educators – teachers, lecturers, tutors – were invited into the prison to watch and respond to the performance of a script the men had devised called Playing Right Up. Read more about Ruth Ratcliffe's drama group

Next year, Otago Corrections Facility will have its own volunteer co-ordinator. “This means we will be able to engage more with local volunteer organisations and individuals,” Sherie says. “I want to focus even more on the arts, including Māori artforms like whakairo and waiata.”

+ Text Size -
Do NOT follow this link or you will be banned from the site! Original generation time 2.7635 seconds. Cache Loaded in: 0.0004 seconds.