“I think of myself as an essential life-saving service but that's an unofficial statement,” Rob Mokaraka says in an email when he’s told that his solo show Shot Bro, due to be performed to men at Rimutaka Prison in two days’ time, has had to be postponed because of COVID-19. 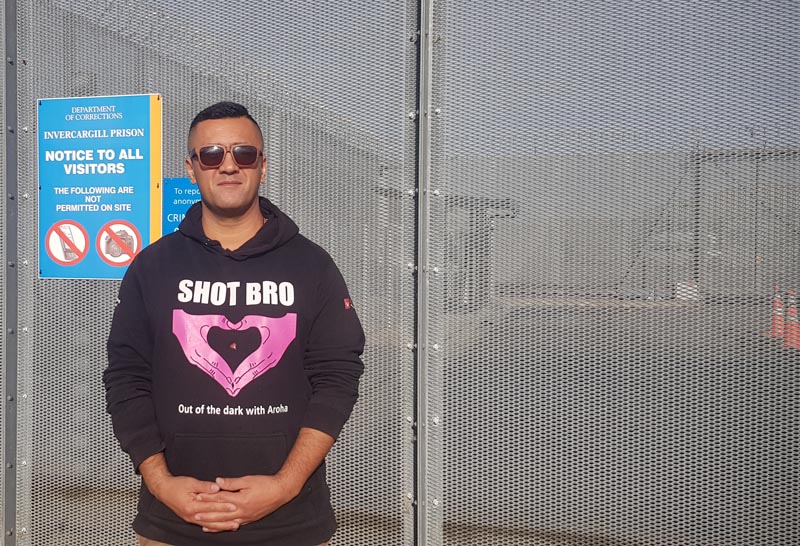 Described as “a healing true story about a very real fight with a bullet and depression,” Shot Bro was first performed at Rimutaka Prison back in 2016. Rob’s also performed it in Springhill Corrections Facility three times, Auckland Prison three times and Invercargill Prison.

How does it know it’s a “life-saving service”? Rob says he’s very hands-on in the mental health community and is “acutely aware” that he is only one of many people and organisations working to improve people’s mental health and wellbeing.

“But I know what I do works. People come up to me afterwards or send me emails thanking me and saying I saved their life or their marriage; that I’ve opened up doors for them.”

Rob has only one goal with his performances of Shot Bro: Confessions of a Depressed Bullet. It’s to save lives by “illuminating the shadows of hurt” with compassion and humour.

“When someone is brave enough to share their vulnerability, I feel humbled by their courage.”

Attempted suicide and a cry for help

The story of well-known actor Rob Mokaraka and how he nearly ended up dead or in prison in 2009 has been played out many times in the media and on the stage in Shot Bro. It’s a story of attempted suicide and a cry for help.

The story is one that resonates with men in prison. A 2016 report, published by the Department of Corrections, showed that:

When Rob performed to violent offenders in the therapy unit at Rimutaka Prison in 2016, it was the first time he had been in a prison. He was nervous, not sure what to expect. 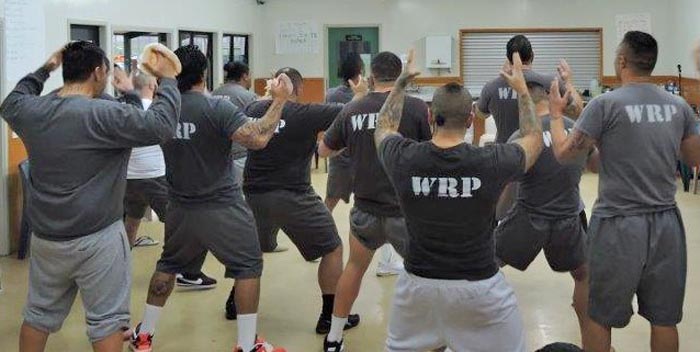 When he and director Erina Daniels arrived at the prison, they were welcomed into the unit with a mihi whakatau. Then at the end of the performance, which included a discussion with the audience, the men stood up and formed a line. One by one, they gave Rob a hongi.

“That spoke volumes to me,” he recalls. “I use humour to loosen up the audience. Once they start laughing, the story changes. It goes into some deep water and we start addressing some big things.”

Four years on from that performance, he says the show has evolved. “With help, I’ve unpacked my own trauma and so I’ve got a lot more tools in my healing tool belt. I can go deeper and wider into the darkness, always surrounding it with humour and compassion.

“The more the men can acknowledge the dark and the light together, the more they can articulate their feelings and get help.”

Framed with compassion and aroha

There’s always been a forum after the performance. If you are opening people up, you have to frame it with compassion and aroha, and provide a chance for people to discuss what they’ve just experienced. 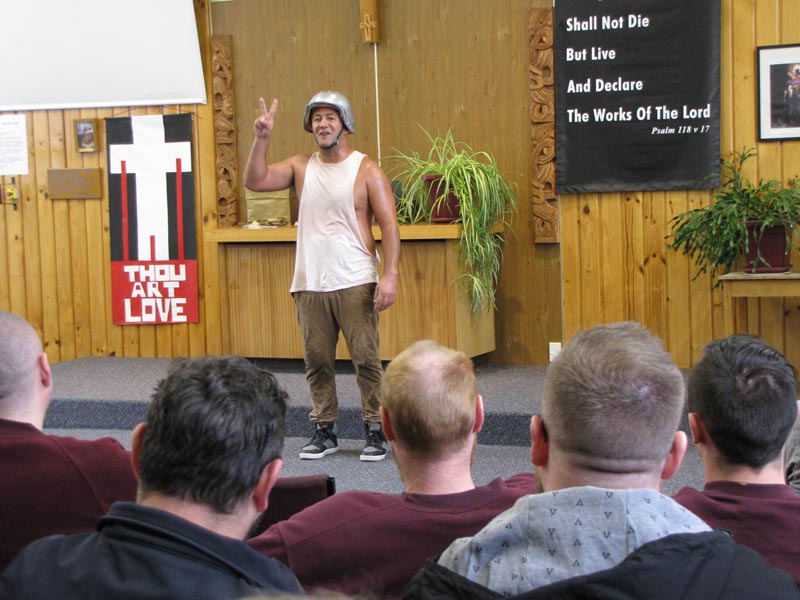 “One of the important tools I’ve acquired is listening without judging,” Rob says. “The moment you can do that is the moment people will start to heal.”

Given the subject of Shot Bro, how does he ensure everyone’s safety – including his own? Everything, he says, is done within a tikanga framework. There’s manaakitanga (respect, kindness, support), whanaugantanga (meeting and greeting) and karakia (prayers) to acknowledge the shared space.

“Throughout the performance, I check in with the audience so we’re all moving together,” Rob says.  “The wānanga after the show is the healing part and then we wrap up with some kai to ground everyone.”

Last year, Rob presented Shot Bro at the Southland Arts Festival and also performed it to men in Invercargill Prison.  Storybox, a creative studio in Wellington, also attended and filmed the prison presentation.

This became part of a one-hour documentary, based on Rob’s life and the play that he continues to present around the country on marae, in prisons and wherever he is invited.

“The documentary has given me more exposure and opened doors,” Rob says. “I’ve been getting a lot of emails, including one from someone in Washington DC saying how moved they were.”

Next up is a visit to Springhill Corrections Facility to perform Shot Bro for a fourth time. He also hopes to return to Rimutaka Prison when the current outbreak of COVID-19 is over and the country moves back to Level 1.

Although Rob waits to be invited to perform his play, his goal remains constant: to save lives.

+ Text Size -
Do NOT follow this link or you will be banned from the site! Original generation time 2.0505 seconds. Cache Loaded in: 0.0458 seconds.