How whakairo can turn on the light

Tikanga is “the air” of the Maori Focus Unit at Rimutaka Prison, says Kereopa Wharehinga, Corrections Officer and carving tutor. “It can take men from chaos to order and re-establish priorities within their lives.” 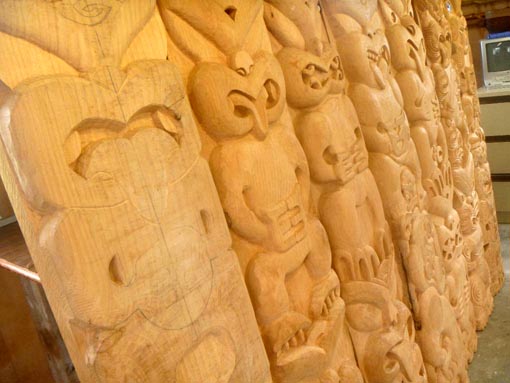 When men in the Maori Focus Unit make a decision to carve and understand whakairo, they start on the same path of discovery that he has taken, he says.

“There are immediate changes in their outlook. They’re not hiding. Their new skill gives them understanding. It gives them a sense of purpose. They’re thinking differently and although they may take on other creative projects, they’ve started growing.”

When Kereopa began his own research into whakairo and worked alongside other carvers on various projects, it gave him a deeper understanding of the tikanga he’d always known about. It also gave him a greater sense of respect for what he was learning, and for himself and others.

“All that came out of carving,” he says. “I believe that once you have that understanding and sense of respect, it’s what you can hand on to others. You can turn the light on for others – if they want it.” 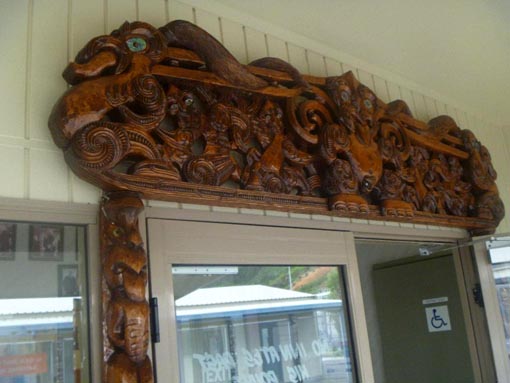 As a youngster, Kereopa had a passion for drawing and form. Much of his early carving was done with just one chisel. But the whakairo in the whare tipuna meeting houses that he looked at as a child puzzled him. He wasn’t sure what he was looking at.

Years later after he’d left his family home, his marae and community, he noticed an increasing gap within himself that wasn’t being met through his new friends and new environments.

“When I was living amongst people of other cultures, it was easy to identify the things that were important to them,” he says. “It also identified what was missing in my life – my own culture.”

Kereopa returned to te reo and tikanga Maori as an adult. At that point, he says, the gap inside him “began to close”.

“I met people who were strengthening their foundations of te ao Māori, and it was quite surprising to me that we all wanted this information,” he recalls.

Te reo also brought new understanding of his East Coast whakapapa (genealogies), which inspired a deeper interest in whakairo. He researched pathways of whakairo that spanned 500 years and included the Uawa traditions in what is now known as Tolaga Bay.

When the Department of Corrections was recruiting staff in the East Coast region in 2000, one of its questions was: “Do you think you can make a difference in the lives of prisoners?” He knew then he wanted to help people out. “I thought that was the end of the conversation but a year later in 2001, I was wearing a uniform.”

In 2010, he was seconded to the Maori Focus Unit to finish whakairo projects. “We have compulsory te reo, tikanga, waiata, kapa haka, karakia, powhiri and paepaetanga.” 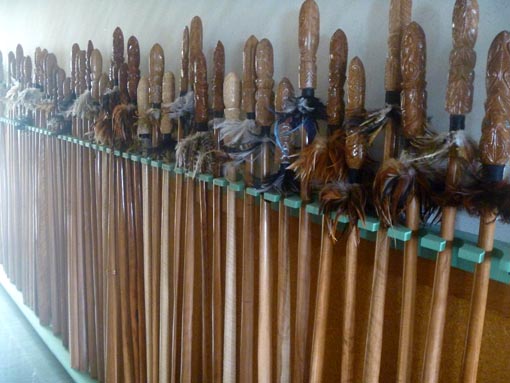 “But whakairo is not available to everyone,” he says. “It’s for the men who’ve been compliant: it’s a lift up. We interview them and see if they’re willing to work within the tikanga that’s required there. We take six carvers into the workshop because of its size. Some are strong carvers who already have a history of whakairo but many others are first-time hands on carvers.

“When we put men on to carving projects, they are immersed in the thinking of the environment; in the requirements of the work in front of them; and in the team they’re part of.

“You are able to see the man and how he operates. If we have six men in the carving workshop, then we’re looking at six different styles of thought approaching the same task or problem.

“We become a small community, discussing and concentrating on what we can do to create solutions by working and thinking together.

“It’s like seeing the turtle pulling its head out of the shell. There’s a new confidence and it’s a place for the men to grow from.”