Instilling a sense of pride and self-belief

There are often two camps that people fall into when they talk about prisons. Some people believe that going to prison is the punishment; others believe that you go to prison to be punished. I’m in the first camp and believe that what happens to a prisoner when they’re serving their sentence is really important.

As Ann Abraham said when I visited Arohata Women’s Prison as part of my Winston Churchill Memorial Trust Travelling Fellowship, “Our role is not to punish. Our role is rehabilitation and reintegration, and to reduce re-offending. It’s the judge who hands out the penalty. Our job is to turn the women out better than when they came in and make the women good citizens.” Those are inspiring words. 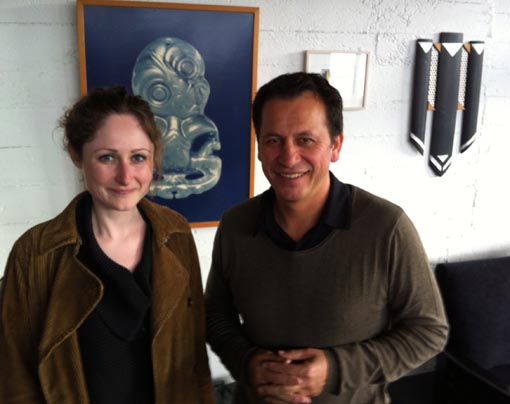 I want to stress that the thoughts and opinions in this column are my own, based on my experience teaching theatre in a Scottish prison and visiting prisons in Auckland, Wellington and Northland to find out more about their arts and cultural programmes as part of a Winston Churchill Memorial Trust Travelling Fellowship.

I like the fact that the Department of Corrections isn’t afraid to set itself some challenges: for example, making all the prisons smoke-free and aiming to reduce re-offending rates by 25% by 2017.

The first thing is the Māori and Pacific Focus Units, and the efforts that are made for the prisoners to connect with their heritage. New Zealand prisons have a disproportionate number of men and women of Māori or Pacific Island heritage. I learned on my visits that before going to prison, many knew little about their culture.

Sense of pride and family focus

I also learned that within Māori culture there is a real sense of pride and a heavy focus on family. But many of the people who have ended up in prison don’t have stable families and have got caught up in gang culture.

Many crimes in both countries are committed under the influence of alcohol and drugs. I believe that if you can instill in people a sense of pride and self-belief, they will not drink or take drugs to such excess.

It is also great that you do not have to be Māori to participate in the Maori Focus Unit. You just need to be committed to learning about Māoridom. This is something that could be used in an increasingly multicultural United Kingdom. Participating and learning about the cultures and customs of others might promote better understanding, and help prevent ignorance and fear.

The second thing that struck me is the effort to link communities with the prisons. I believe the community has an important part to play when prisoners are released and art projects such as the ones listed below help change people’s perceptions of prisoners.

• Prison art tutors help organise exhibitions that take place in the community and sometimes local high school students are involved. And in Auckland, the local council commissions work from the carving unit at Auckland Prison.

• Prisoners who study art via distance learning offered by The Learning Connexion have their work exhibited alongside other students.

• Songs From The Inside, a 13-part television documentary, was so popular that just about everyone I spoke to in New Zealand mentioned it to me. Here, four well-known musicians went into two prisons and taught songwriting skills to the prisoners.

If we can create better links between local communities and prisons, it would be hugely beneficial. Art centres such as Pablos Art Studios in Wellington provides a safe and supportive environment for people make art. It exhibits their work and provides professional tutors.

I think it would be great if supportive art centres like Pablos were set up in Scotland so prisoners could continue practising what they have learned inside.