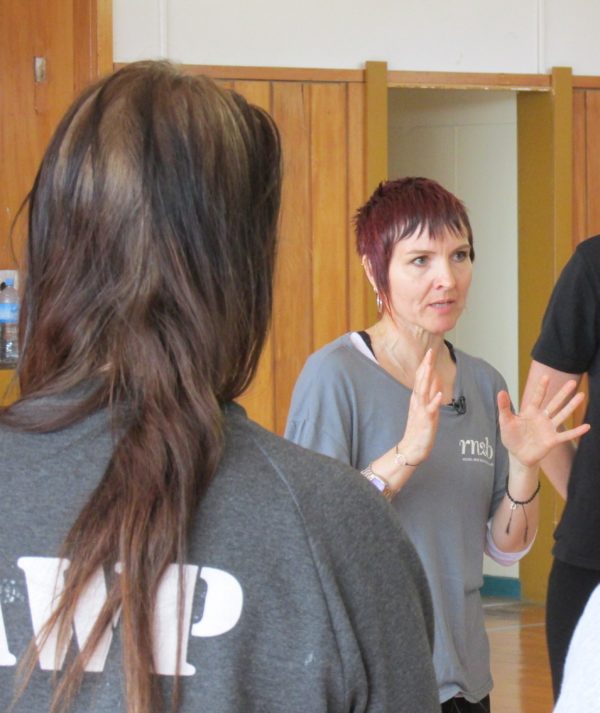 RNZB Dance Educator Pagan Dorgan, dancer Laura Saxon Jones and Education and Community Manager Pascale Parenteau are running six workshops with women in Arohata Prison. This project is  in response to an invitation from Corrections to create a dance project with a group of prisoners to be presented as part of its annual Christmas fundraising event to support the Women’s Refuge.

A primary goal of the RNZB Education and Community programme is to make dance accessible to New Zealanders of all ages by providing a gateway to connect with their national ballet company. More than 27,000 New Zealanders have taken part in RNZB education and community initiatives across Aotearoa this year.

The current project aims to enhance prisoners’ confidence, communications skills and ability to work with others. Participants were incredibly positive about the experience, saying it gave them hope and inspiration, provided a chance to grow as individuals, and made them appreciate life outside of prison walls.

RNZB Executive Director Frances Turner believes that the arts have a tremendous power to enrich lives. “We are very proud to be able to extend our reach to more New Zealanders through our work with Corrections and other communities.”

This is the fourth in a series of new initiatives this year, beginning in May and coinciding with New Zealand Sign Language week. The three other initiatives are:

The Arohata Prison project is generously supported via a grant from the Wellington Community Trust. The project will culminate in performances at the Arohata Christmas Concert for fellow prisoners, family members of staff and invited guests on December 7 and 8. The concert is co-ordinated by the Arohata Prison staff and sponsored by the Zonta Mana women’s volunteer group.

The Royal New Zealand Ballet would also like to acknowledge the Lion Foundation as the major supporter of its Education and Community programme, with additional generous funding provided by the Four Winds Foundation, Rata Foundation and the Les and Sonia Andrews Cultural Foundation.

The Royal New Zealand Ballet is a member of the Arts For All Wellington Network, facilitated by Arts Access Aotearoa. If you would like to become a member, please contact Claire Noble (T: 04 802 4349 E: claire.noble@artsaccess.org.nz).