The “ability, determination and courage” of Melissa Fox, a member of integrated company JOLT Dance in Christchurch, was recognised yesterday by Arts Access Aotearoa and its Executive Director, Richard Benge. 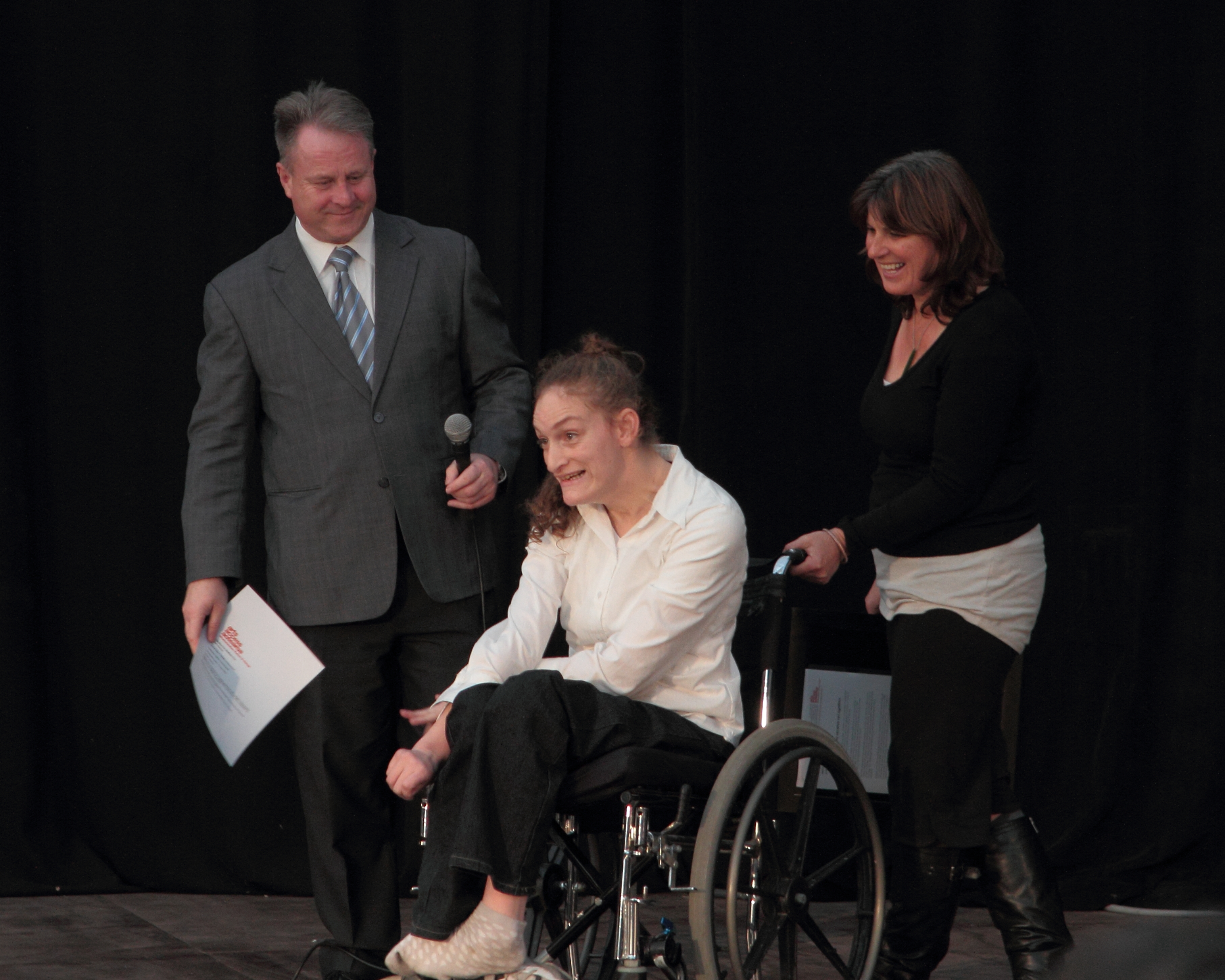 Melissa received a Highly Commended certificate in the inaugural Big ‘A’ Artistic Achievement Award, one of six award categories in Arts Access Aotearoa’s Big ‘A’ Awards. The recipients will be announced at an awards ceremony, to be held at Parliament on 18 July.

Richard presented the certificate to Melissa at JOLT’s annual show, Lean On Me, where Melissa performed with its company class. Richard, who was one of the six judges of the Big ‘A’ Awards 2012, says: “Melissa exudes ability, determination and courage. She challenges stereotypes and pushes the boundaries of what is possible.”

Melissa, who has cerebral palsy and uses a wheelchair, has been performing with JOLT Dance since 2004. When she joined JOLT Dance in 2004, she had very little movement. Since then, she has danced in seven performances, 11 conference works and five annual shows. She now has extensive movement and supports herself out of her wheelchair.

“Everyone who sees her is blown away by her performance. It’s been great to see her grow over the years and get a sense of herself as a dancer. Being a dancer is intuitive. People are born dancers and disability shouldn’t be a barrier.”

Lean On Me celebrated the abilities of more than 70 dancers, ranging from four-year-olds through to adults. Lyn describes the show, where disabled and non-disabled dancers performed together, as a celebration of each dancer’s unique movement and skill.

The Big ‘A’ Awards are presented by Arts Access Aotearoa every year. They are the key national awards in New Zealand celebrating the outstanding achievements of individuals and organisations working to enhance the artistic lives of people with limited access to the arts.