A collection of eight short films called Amy Street opens a window into the lives of nine residents of The Supported Life Style Hauraki Trust, and their heart-warming stories.

It’s all about the love, laughter, hopes and dreams in Amy Street, say the project’s filmmakers Kirsty Griffin and Viv Kernick. 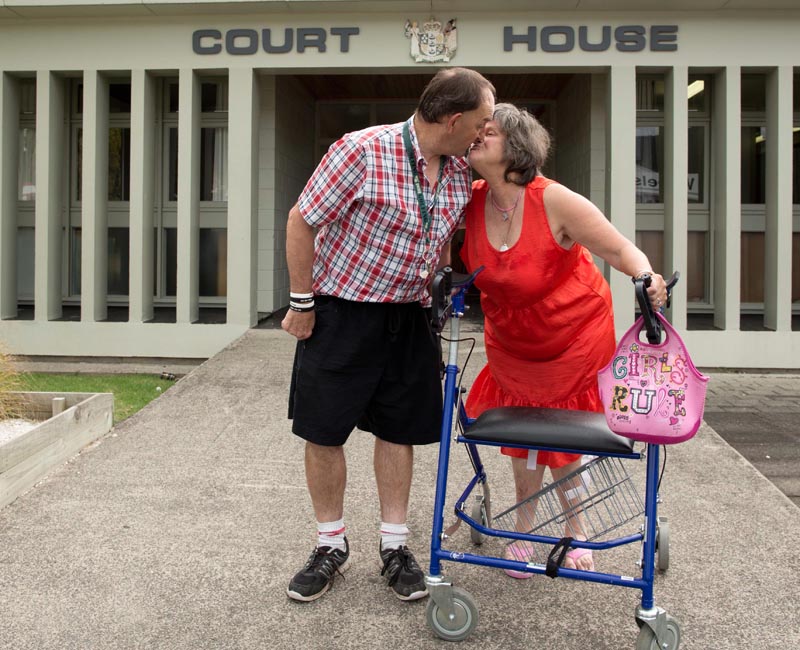 Topsy and Dave, a story about two of the residents getting married, will screen in the “Highlights” and “Heartstrings” sessions of the Show Me Shorts film festival screening around New Zealand from 1 October.

The eight stories filmed by Kirsty and Viv are based on a street in Thames, a town in the southwestern end of the Coromandel Peninsula, where 60 self-called “lifestylers” live in refurbished miners' cottages, assisted by carers from the trust.

Some of them live alone, others flat together.  But they all have the opportunity to live a relatively independent life within the community.

Kirsty and Viv visited Amy Street for the first time in 2014 when the trust approached them to make a film celebrating its twentieth anniversary.

Spending time with the lifestylers

They spent around one year shooting and editing, and spent a lot of time with the trust staff and the lifestylers. 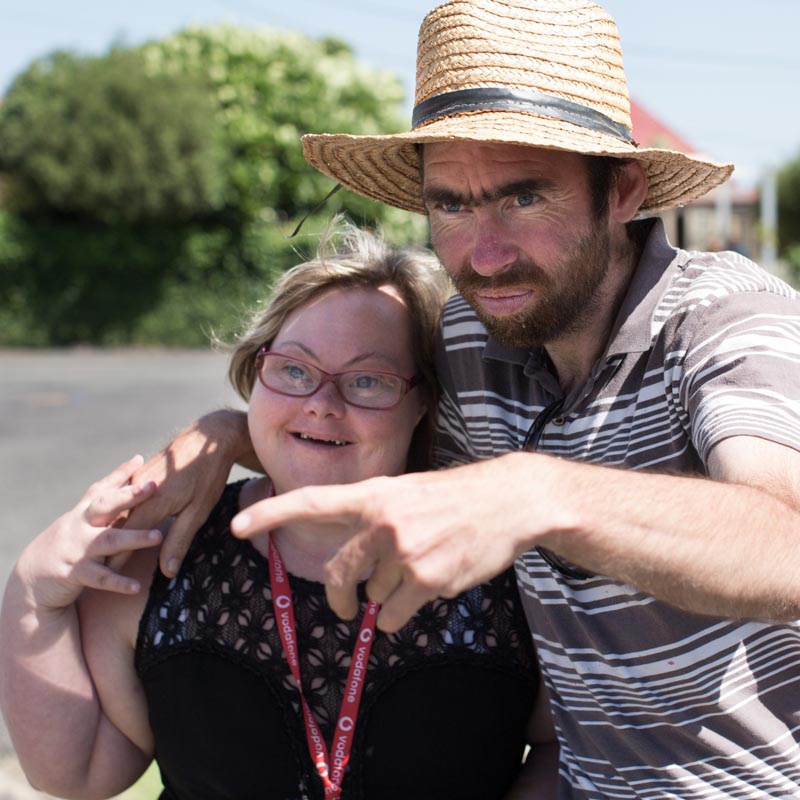 Wayne was the first film.  It’s a micro-portrait of a man getting along in life with limited communication skills and finding the meaning of living by his own after many years flatting with others.

Wayne earned an Award of Recognition at the Best Shorts Competition in Los Angeles in 2015.

But there was more. “We wanted to give the lifestylers a voice by making them the centre of the films, not the subject,” Kirsty explains.

“We’d like people to take a little more time with people with intellectual disability. It is fairly easy to see their vulnerability so with Amy Street we want to show their strength and the fact that they all have hopes and dreams like the rest of us. They just need a bit more of support to achieve those goals.”

The films tell colourful stories. Like Jessica, a fashion lover who made it to the catwalk with her own design made from cereal boxes collected over one year. Or Moyzee, a song writer who sings about his daily life, his girlfriend, his dreams and concerns.

“It is very easy to lump the residents all in together but Amy Street definitely shows that their ideas and plans about how they want to live their lives are as varied and interesting as anyone’s,” Viv says.

The filmmakers say they would like to continue exploring what it means to be disabled. “Every community has a right to be well-represented in the mainstream media, preferably as the heroes as opposed to subjects,” Viv says.

The Amy Street films can be watched on its website. “We’d like everyone to see this series,” Kirsty says. “Please share them on Facebook or email the link to your friends, and especially to people who may have little or nothing to do with intellectually disabled people.”

+ Text Size -
Do NOT follow this link or you will be banned from the site! Original generation time 1.9440 seconds.