“It was very demanding on the women. To be at such a low ebb in their lives and revealing their deepest thoughts through their songs to national audiences, week after week, took a lot of courage,” says Ann Abraham, Prison Manager at Arohata Women’s Prison. 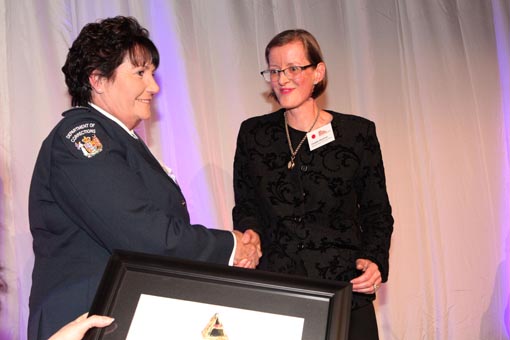 Ann Abraham, who last month was Highly Commended in Arts Access Aotearoa’s Big ‘A’ Prison Arts Leadership Award, is commenting on the women who took part in the Maori Television series Songs from the Inside. Here, four musicians taught songwriting over 13 weeks to prisoners in Arohata and Rimutaka Prison. The classes were documented in the television series, and an album of the resulting songs was recorded and sold.

When the Department’s National Office first suggested the idea of the songwriting programme and television series to Ann, she was fairly confident it would have a positive impact. “But I didn't realise just how great the project would be and how far-reaching the impact.

“The Department was 100 per cent behind the series being made and so delivering the weekly classes was very smooth. For the television crew and musicians, however, I think it was quite daunting being inducted into the Department’s security requirements for the 12 weeks – or 100 hours – they would be on the site.”

Exchange of dialogue and song

Establishing a relationship of trust between the women, the musicians and the crew was vital to the process. Ann says it started to happen in the powhiri when the women welcomed the visitors. The exchange of dialogue and song was settling for both groups.

So what were the greatest challenges? For the prisoners, Ann says, the biggest thing was coming to terms with the personal demands that the series made in opening them up to talk about their lives in front of cameras, week after week.

“The tutors and crew were exceptional in their response to the challenges and it was a revelation to the women that they weren’t being judged. As a result, they were able to relax more as the weeks went by.”

“A man who dares to dream”

This was due in part, she says, to the vision of Director Julian Arahanga whom Ann describes as “a man who dares to dream”. His philosophy, she says, “is that everyone deserves to be considered; that everyone has the potential to change, to be heard and to be supported”.

Julian was extremely well-supported by the producer, Maramena Roderick, and the rest of the crew, she adds. 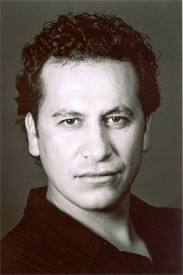 The music programme was designed by musician and teacher Evan Rhys Davies, who taught songwriting over 18 weeks in Spring Hill Corrections Facility in 2009 and recorded an album of the men’s songs, called If These Walls Could Speak.

Evan also became involved in Songs From the inside as a mentor for the musicians.
Songs that were developed in the classes were taken back to the wings, where the women continued to sing and share what they had learned with the other prisoners.

“I don’t think the women had any idea of the impact the series would have on communities when it was screened,” Ann says. “Many viewers watching the programme discovered that the women here are real people. The series began to demystify Arohata and help people to understand the Department’s goals to support women to be rehabilitated and to reintegrate back into the community.

"For these women, the programme has been absolutely amazing. They’ve learned how good it is to achieve and feel as ‘normal’ as they could in a prison setting. They were extremely appreciative of everyone who helped them see a light at the end of the tunnel. After the programme, they had goals, a structure and an outcome that they could take out to their families and communities.

“Personally, I really enjoyed seeing the women achieve new skills and grow in confidence. I also learned a lot about our prison and the community, and the impact that the positive community response has had on the women.

“The women who are now released tell me that people approach them in the street, and say, ‘Oh, you’re that girl we saw on TV. Good on you’. They’ve been rapt with the response.”