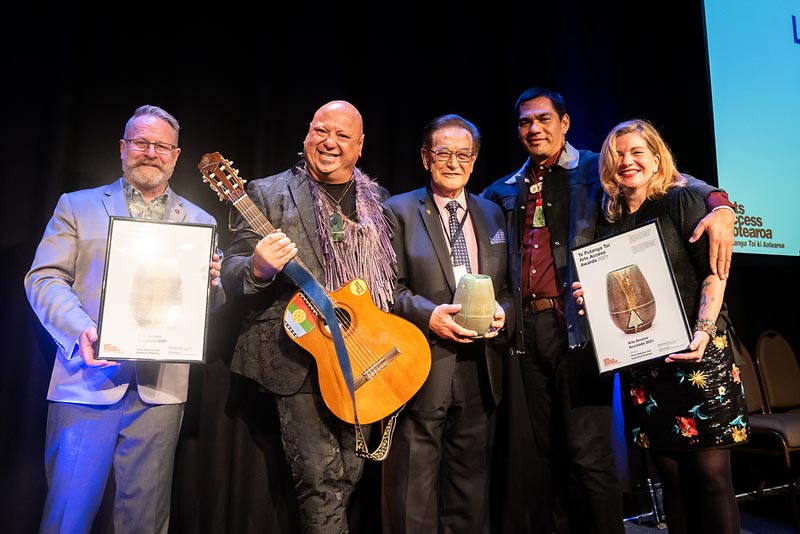 Hone Fletcher and Lawrence Ereatara took different pathways to get to Hawkes Bay Regional Prison but they are travelling on the same pathway now, and they are confident that pathway will provide the way for the tāne they work with to leave the prison – and never return. 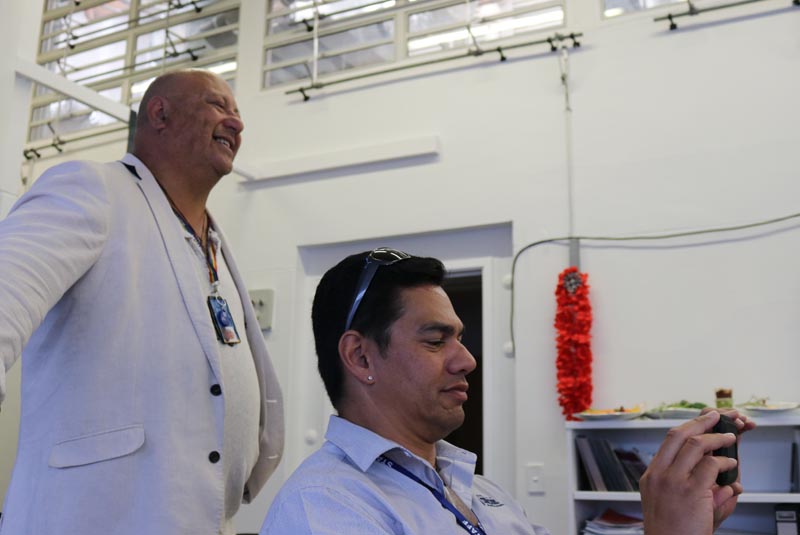 Lawrence (Ngai Tuhoe me Ngāti Kahungungu) comes from a more traditional Corrections background: he’s worked for the Department of Corrections for almost 20 years and has held many roles at Hawkes Bay Regional Prison.

However, both men are steeped in te ao Māori and it’s their deep knowledge that informs their work helping to implement the Māori Pathways programme at the prison.

The programme supports Corrections’ Hōkai Rangi Strategy 2019–2024 and uses kaupapa Māori and whānau-centred approaches to be more effective in reducing recidivism and the proportion of Māori in the Corrections system.

At present, more than half those in the Corrections system are Māori and yet they make up only 16% of New Zealand’s total population.

Hawke’s Bay is one of three regions trialling the Māori Pathways programme, along with Northland and Christchurch (for Mana Wāhine). In Hawke’s Bay, the programme is run as a partnership with the local iwi, Ngāti Kahungungu, working with both the men and their whānau. 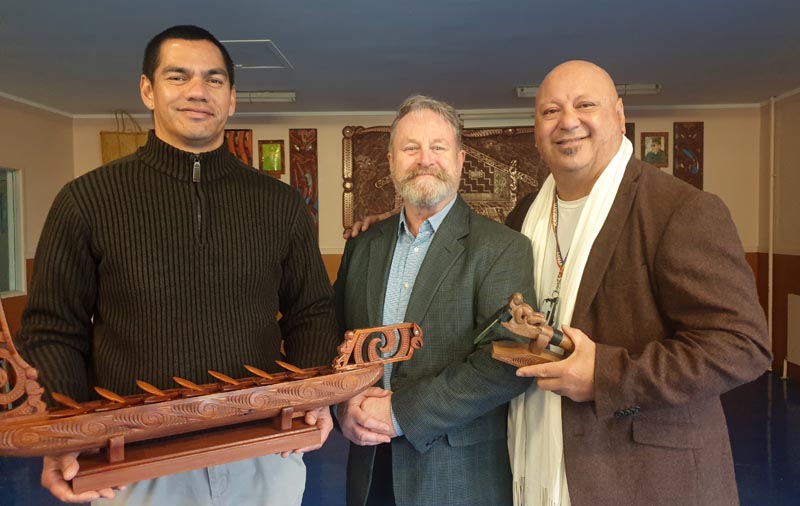 Both have worked closely with Arts Access Aotearoa during their years at Hawkes Bay Regional Prison, including arranging for tāne to carve some of the trophies presented at the annual Te Putanga Toi Arts Access Awards. They have also been closely involved in the Arts in Corrections Network.

And while the two of them have different job titles, they work as a team. Their collaborative practice has been recognised at this year’s Te Putanga Toi Arts Access Awards on 5 July, when they were named the joint recipients of the Arts Access Accolade 2021.

The Accolade recognises a person (or in this case two people) who have inspired the Arts Access Aotearoa team and helped the organisation achieve its vision of a society where all people in New Zealand have access to the arts.

Unlike the other awards, the Accolade recipients are selected by Arts Access Aotearoa's staff and board rather than a judging panel.

Generosity in sharing their knowledge and skills

They had this to say about Hone and Lawrence: “Arts Access Aotearoa applauds the outstanding contributions of Lawrence Ereatara and Hone Fletcher, who go above and beyond at Hawkes Bay Regional Prison and in their work with us to promote toi Māori and tikanga as a powerful rehabilitative tool. Their generosity is reflected in the way they work with carvers at the prison to create beautiful trophies for award recipients and in the way they share their knowledge and skills with the Arts in Corrections Network.”

For Hone and Lawrence it’s the changes they see in the tāne taking the Kaupapa Māori Pathways programme that makes their job so worthwhile.

“They’re more confident, more motivated to understand and address the issues that have got them there,” says Hone.

A lot of the Pathways work at the prison is focused on toi Māori – Māori arts. “A major part of what the programme is asking for is about reconnection to culture, to whānau, to te reo – and what better way to do that than to start with the arts?” Hone says.

Some of the arts the men have learned have taken them by surprise. Several years ago, when Lawrence was working in the prison’s Māori Focus Unit, the men were very resistant to learning how to do traditional Māori weaving because they saw it as women’s work.

“But when they understood about the whakapapa and the focus of it they realised how much it grounded them, and they became some of our best weavers,” Lawrence says.

Both Hone and Lawrence stay in touch with tāne after they have left the prison, catching up with them in the community. And while information about the success of the programme is still being collated, early results look good, with re-offending rates much lower for those who have done the Māori Pathways Programme.

“The most important thing we can do is to do things with aroha and enhance the men’s mana,” Hone says.