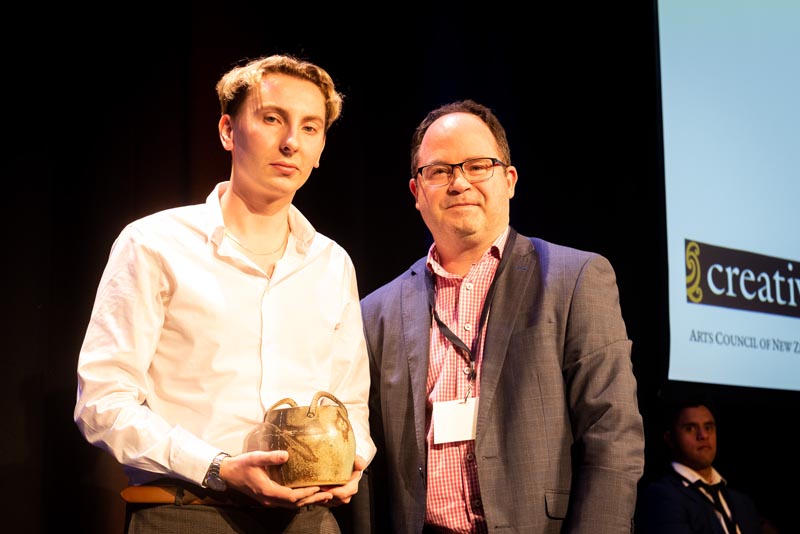 When Andre Chumko started working as Stuff and The Dominion Post’s arts reporter in the middle of 2020, New Zealand was a very different country from the one he had arrived home to nine months earlier.

Andre, who is the paper’s first fulltime arts reporter for several years and one of only a handful of dedicated arts reporters in the country, soon realised that the fundamental changes brought about by Covid 19 had also affected the arts.  These changes provided an opportunity to embrace and celebrate difference and make a commitment to accessibility and  inclusiveness.

“There was a greater willingness to share stories from marginalised voices, voices from communities who haven’t historically had their voices heard before,” he says. “It’s not just me – it’s a societal thing.”

Commitment to covering a wide diversity of arts

His commitment to covering a wide diversity of arts was recognised at Te Putanga Toi Arts Access Awards 2021 when Andre was named the recipient of the Arts Access Creative New Zealand Media Award. The award is not presented every year but rather presented when someone is considered to have demonstrated leadership and excellence in reporting on accessibility and the arts. 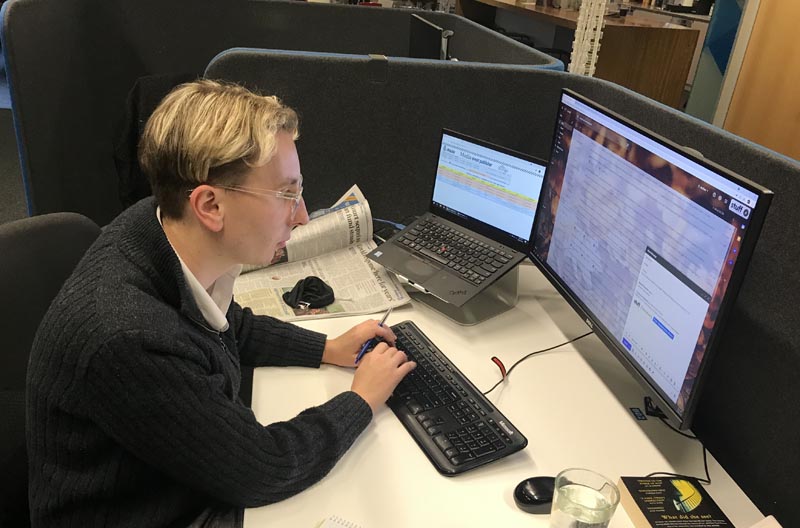 Andre is only the third recipient in more than 10 years of Te Putanga Toi the Arts Access Awards.

In naming Andre as the recipient, Arts Access Aotearoa said: “Andre Chumko demonstrates leadership and excellence in reporting about accessibility and the arts – in prisons, the professional arts sector and in the community arts sector. His work shines a light on the role of the arts in building a cohesive, engaged society. Thank you, Andre, The Dominion Post and Stuff for providing a voice that recognises Aotearoa’s rich, diverse arts.”

Andre started his journalism career in 2017 as a reporter for Stuff and The Dominion Post in Hawkes Bay, turning his hand to a wide range of stories from court and crime to local body politics and major weather events.

After a couple of years he was keen to travel, and spent four months overseas in 2019, during which he enjoyed visiting Europe’s many art galleries and museums. “It was amazing seeing the major cultural institutions over there. There’s so much happening.”

After returning to New Zealand, he worked nights and weekends in the Stuff newsroom while he completed his thesis on the dangers of dating apps for a master’s degree in journalism from Massey University. Once that was finished, he was ready to throw himself into what’s known as a round – a speciality area that a reporter spends most of their time focusing on.

The arts made sense as The Dominion Post was in the process stepping up its coverage of the capital’s arts scene after several years without a dedicated arts reporter.  As luck would have it, the arts meshed with Andre’s personal interests.

“Looking back I can see that right from the start, when I first started writing, I had a significant focus on the arts.”

Since then he’s had to get to grips with the often-complicated politics and bureaucracy of the arts sector, as well as getting to interview the many amazing and creative people who work in the arts community.

“The more people are having serious conversations about the arts and culture the more it will be taken seriously.”