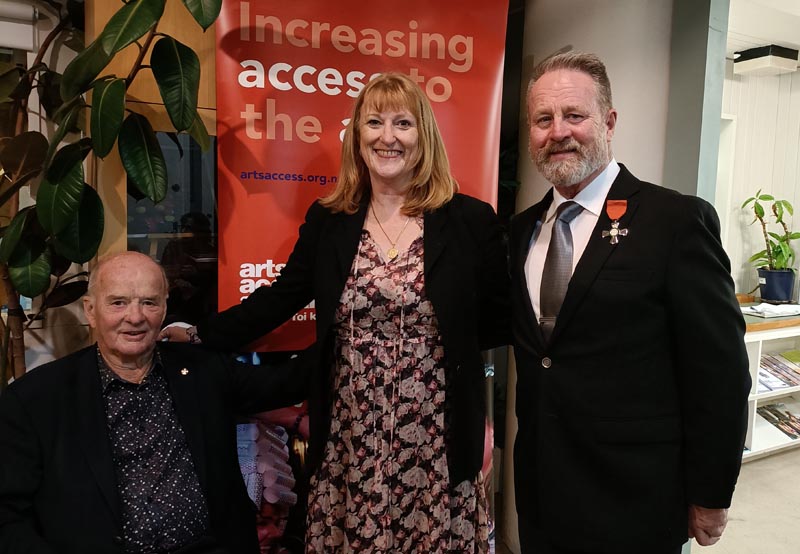 Mel Smith, Lynley Hutton and Richard Benge at an Arts Access Aotearoa function on 10 May 2022 recognising Richard's investiture as a Member of the New Zealand Order of Merit for services to arts accessibility.

Mel Smith was our much-appreciated champion, going back 27 years from when he was the Chair of the first board of trustees of Arts Access Aotearoa in 1995. Mel always delighted the staff and wider community of artists when he attended Arts Access Awards events and Annual General Meetings, where he expressed his support for people who experience barriers to accessing and participating in the arts. He also expressed his appreciation for the people who work to make positive change happen.

Executive Director Richard Benge said “One of the things I most appreciated and will miss were his regular and spontaneous emails or phone calls, offering encouragement and congratulations about an event he had attended or a development he had appreciated by reading our reports. I will miss these messages as they seemed to arrive in my inbox or the phone would ring just at the right time.”

Mel’s wide experience in the New Zealand public service included in the Department of Justice where he was Deputy Secretary for Justice and then its Acting Secretary. He had also been Deputy Secretary of Internal Affairs and was temporary Ombudsman.

“I think because of his experience in senior roles in the public service (he had been responsible for delivering controversial reports), Mel knew the value of a kind word of encouragement. When he talked about our organisation’s development over time, he was always quick to refer to the positive impact of what we do.”

Current Chair of Arts Access Aotearoa Lynley Hutton says: “I am deeply saddened by the passing of Mel Smith, founding Chair and Patron of Arts Access Aotearoa. Mel supported, encouraged, and gave wise counsel to our organisation from its very beginning. Personally, I will miss talking with Mel, his smile, his kindness and his presence at our events.  Aroha, Mel. Go with love, respect and gratitude from us all.”

Richard Benge says: “Mel’s kind, insightful words of encouragement will not be lost as we carry on, sad as we are to have lost our friend, but grateful that we ever had the good fortune to be supported by such an esteemed gentleman.” 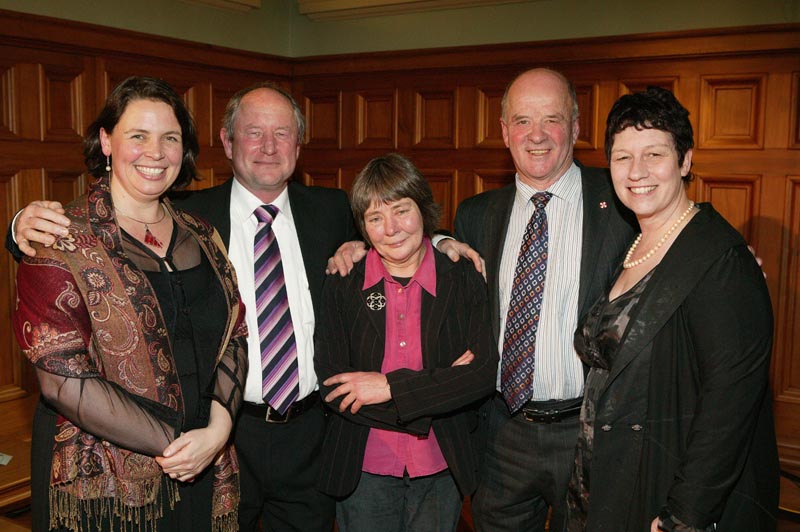