Encouraging men at Otago Corrections Facility to express their ideas, thoughts and emotions through creative writing is a part of Jamie Lee’s role as an education tutor at the South Otago prison. 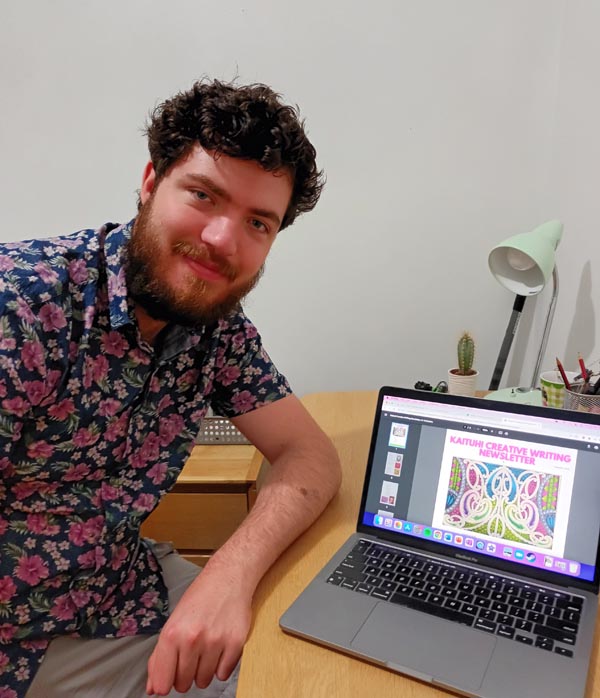 “Creative writing creates a platform for the men to understand and communicate their thoughts,” says Jamie, who took up his new role at Otago Corrections Facility in June 2021.

Teaching mainly mathematics and English, Jamie has been working remotely with the men since the beginning of 2022 because of COVD-19 restrictions. As education tutor, he facilitates, supports and administers Te Kura’s programmes. A state-funded distance education provider, Te Kura’s programmes are delivered mainly online and offer the chance for students to gain NZQA qualifications.

Some of the men have also been working through creative writing exercise booklets, developed as part of Youth Arts NZ’s Te Kāhui Creative Writing Programme. Designed for rangatahi in Mt Eden Corrections Facility, the programme and exercise booklets have expanded to other prisons around the country.

In October, Jamie decided to run a creative writing competition. He put up posters around the prison and men were told about the competition.

“Creative writing is something the men can do in their cells in their own time. All they need is paper and a pen,” he says. “Anyone was able to enter the competition even if they were busy undertaking work-related or rehabilitation programmes.”

"A very clever use of metaphors”

The winning entry was Vignette at Three – Ward. It begins: “Three is the smudge of a dawn yet to herald the palette of a dull and grey despair … ”

Judges Ruth Ratcliffe, drama tutor, and Kim Schiller, Community Development Worker, wrote of the winning entry: “We were both moved by this piece. We were both taken on a journey that captivated us, and we could visualise every description and feel every emotion. It's beautiful, reads well and has a very clever use of metaphors.”

Vignette at Three – Ward was one of four pieces of writing and seven images of artworks, created by men in Otago Corrections Facility and published in the summer edition of the Kaituhi Creative Writing Newsletter (pdf 15.2 MB).

Jamie designed, printed and folded the 1500 copies of the newsletter. In collaboration with Project Bruce, the newsletters were distributed to homes and businesses in Milton and Waihola.

He’s also keen to run creative writing workshops with the men when he can return onsite. 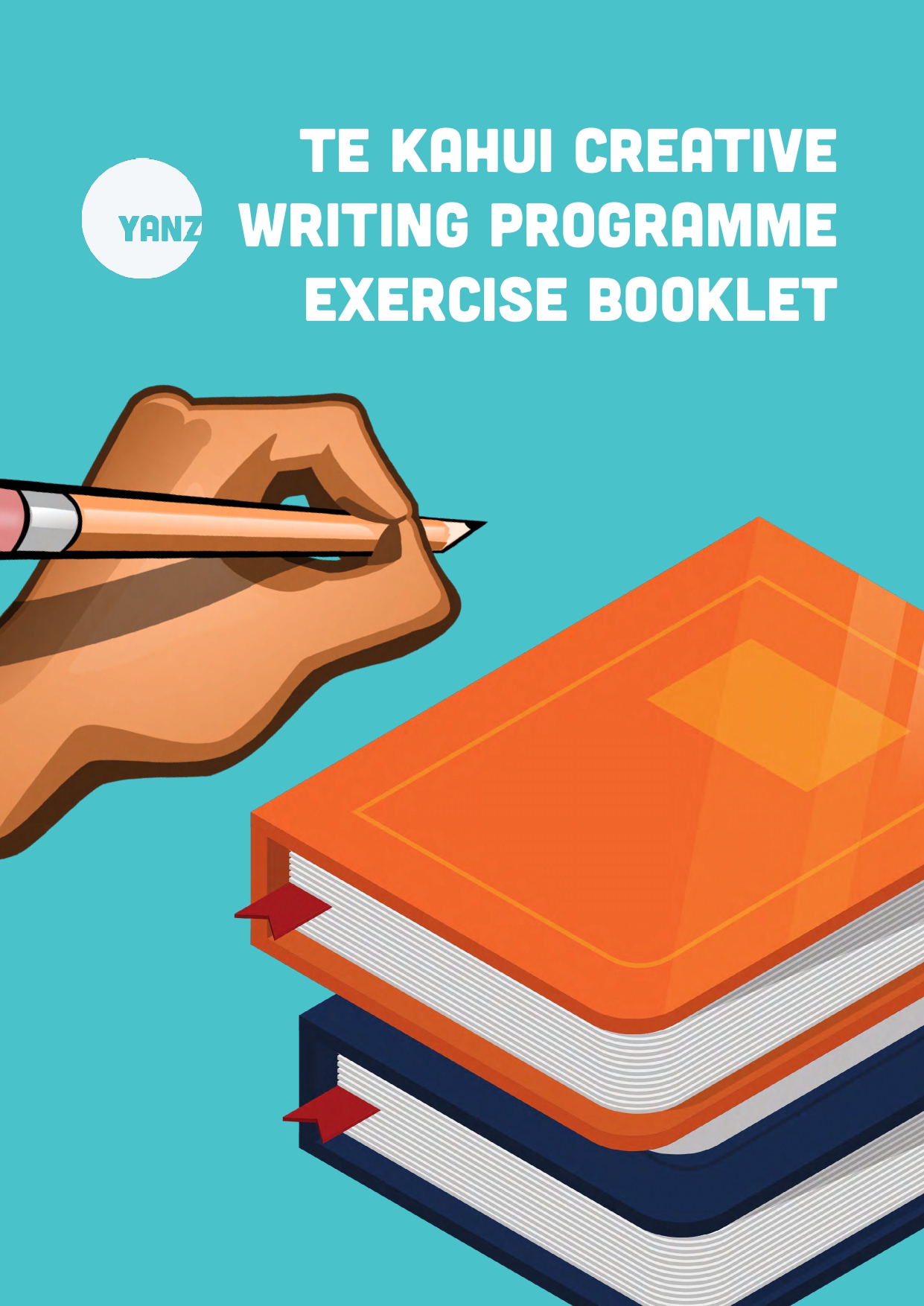 Undeterred, the Te Kāhui team developed two exercise booklets that rangatahi could write in and then receive feedback on their work if they wished. This meant the programme could continue without the facilitators going onsite.

The team has continued to expand the scope of its programme for rangatahi both within and outside the Corrections environment. Since December 2021, it has reached beyond its roots in Mt Eden Corrections Facility to communities in Whakatāne, as well as rangatahi in other prisons.

In the face of ongoing COVID-19 restrictions, the remote exercise booklet components of the programme have proved invaluable to maintain connection, the team says.Te Kāhui is also in the final stages of crafting a third booklet centred on te ao Māori. With the support of Penguin Random House, it’s also working to publish an anthology of writing from rangatahi in Mt Eden Corrections Facility. This will be finalised over the coming months and include two launches: one for the public and another for rangatahi onsite.

“We’re planting new outreach seeds every week and can’t wait to resume in-person facilitation, both in Corrections facilities and around Aotearoa,” the team says.

Write Where You Are, Wellington

Since 2014, a group of published writers and experienced creative writing teachers have been teaching creative writing in Rimutaka Prison and Arohata Women’s Prison, both in the Wellington region. In 2017, the group of volunteers formed the Write Where You Are charitable trust. 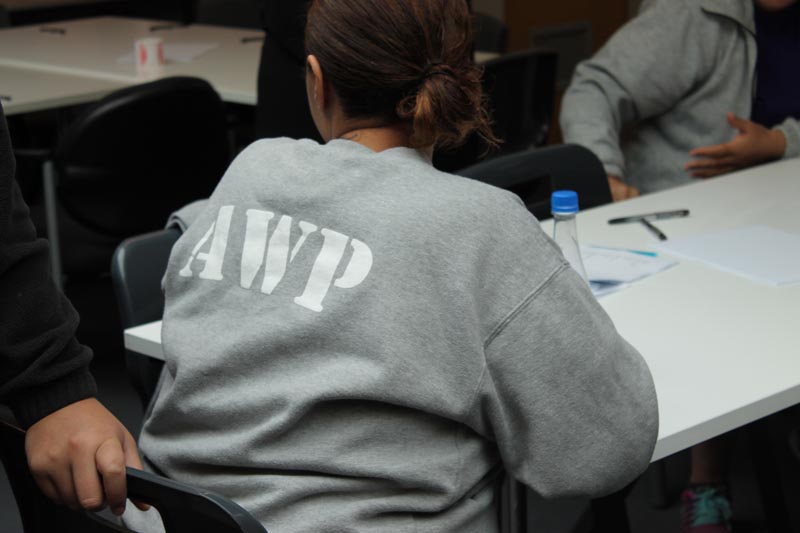 Although the workshops are on hold because of COVID-19 restrictions, co-founding Write Where You Are member William Brandt says the group is keen to return to the prisons and resume their workshops.

He says that over the years he’s been teaching in the prison, he’s observed three different kinds of intervention going on in prisons: therapeutic (e.g. Drug Treatment Unit, counselling, psychologists), educational (e.g. the Howard League) and occupational (e.g. quilting, painting).

“Creative writing, and the arts in general, seem to sit astride these three kinds of intervention. Like quilting, it’s something constructive to do. It also encourages literacy by encouraging the use of language and reading.

“And, while we always stress we’re not therapists and have no training in this, it can feel like a therapeutic practice – a non-destructive way of expressing feelings and of working through issues. This is what participants in our creative writing classes often tell us.”