The first theatre of its kind to tour internationally, Salonica is a devised work produced by Equal Voices Arts Trust, a recipient of the Arts Access CQ Hotels Wellington Community Partnership Award 2016. 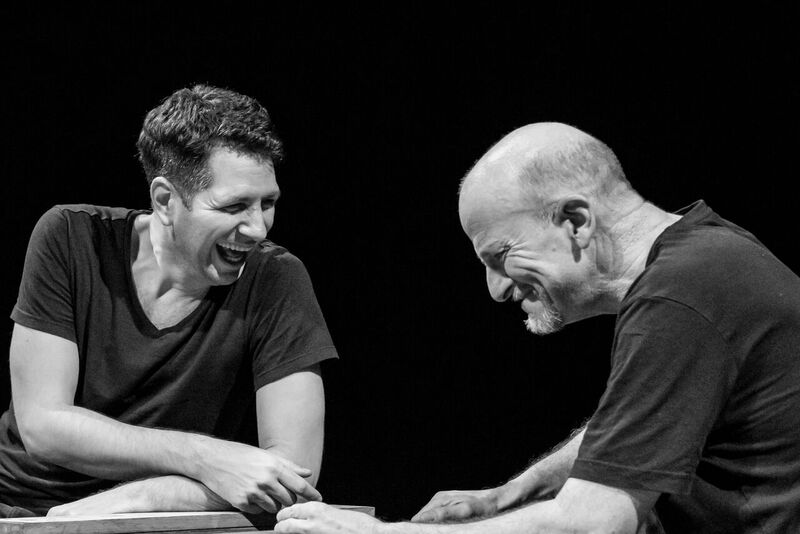 The ground-breaking piece of original theatre criss-crosses languages and cultures to share a story of friendship and communication against the odds with the backdrop of World War One.

The project is led by theatre director Dr Laura Haughey, Senior Lecturer in theatre studies at the University of Waikato and artistic director at Equal Voices Arts.

Laura has been working with an international team of Deaf and hearing artists from New Zealand, Serbia and the UK at the University of Waikato. The team will perform the world premiere of Salonica in Leeds, at the Carriageworks theatre, before embarking on its European tour.

“Salonica has been developed to be accessible to Deaf and hearing audiences in all the countries it travels to,” Laura says. “The piece is performed with no formal interpretation between languages so the languages are explored on stage with equal status. We explore the creative possibilities in making theatre accessible for diverse audiences.”

New Zealander Shaun Fahey is a Deaf actor in Salonica and his first language is NZSL. “I’m really excited to be bringing New Zealand Sign Language to European stages.”

Shaun performed and toured New Zealand in the award-winning Equal Voices Arts’ production of At The End Of My Hands in 2016.

Shaun will perform alongside Mihailo Ladevac whose first language is Serbian. Mihailo, an actor for the National Theatre in Serbia, has enjoyed the process of working in three languages in rehearsal.

“It was a great challenge exploring accessibility for diverse audiences within three languages, and reassuring ourselves over and over that theatre has no boundaries.

“However, the most exciting part is the fact that all we see in the performance actually could have happened: Shaun’s grandfather and my great grandfather were soldiers in the Great War and could have met in Salonica in 1917.”

The team developed the piece at the University of Waikato, and worked alongside UK based Writers Guild award-winning dramaturg Bill Hopkinson. The story centres on the friendship between a Serbian soldier and a kiwi sapper, who has concealed his Deafness to join up.

“The idea for the piece was inspired by actual stories of Deaf soldiers who concealed their Deafness to go to war,” Bill says. “There were British, Irish and Australian examples and who knows? There may have been Kiwis. So much Deaf history is now revealing itself to us as we become aware of its importance.”

The production will return to New Zealand to perform later this year.