For Māori prisoners, tikanga Māori – guidelines on how to behave in daily life – opens a door into Te Ao Māori (the Māori world), creating an awareness of who they are and where they have come from, says Phil Ngeru, a Māori advisor with the Department of Corrections. 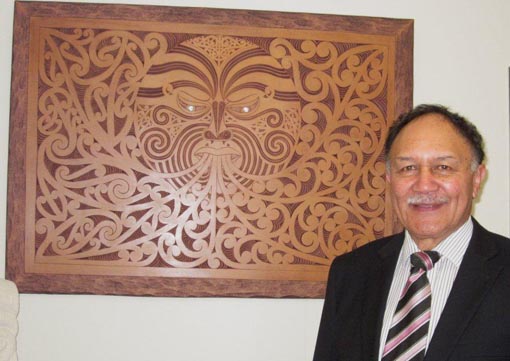 “If Māori follow tikanga, they won’t go wrong,” Phil says, explaining that the word “tika” means “right or authentic” and so the word “tikanga” means “the right things to do”, according to their iwi.

Māori, Phil says, are expected to live in two worlds: the Māori and Pākehā worlds. But a lot of Māori prisoners, particularly young Māori in the criminal justice system, have spent most of their time in Te Ao hurihuri, the wider world.

“If they don’t know about Te Ao Māori – who they are and where they’ve come from – they are lost,” he says. “Undertaking tikanga programmes will help them find themselves and gain a strong sense of whanaungatanga – family.”

One of eight Māori advisors

Based in Invercargill, Phil (Ngāti Ruanui ki South Taranaki) is one of eight Māori advisors (two in the South Island, six in the North Island) with the Department of Corrections.

Covering an area from Invercargill to Timaru, Phil describes his job of Area Advisor Māori, Southern Region, as being “a relationship broker” – providing a bridge between Corrections and Māori communities.

This involves building and maintaining strong relationships with iwi, hapū and rūnanga, along with Māori service providers such as Ngā Kete Matauranga Pounamu Charitable Trust and Hokonui Health and Social Services in Southland; A3 Kaitiaki in Otago, and Arowhenua Whānau Services in South Canterbury – to name just a few.

The overriding aim of all this relationship-building is to reduce Māori recidivism. “When Māori come out of prison, they need somewhere to go and help to keep them on a positive pathway. Community support is vital, and an important part of my job is to work with Māori communities to find ways to provide that support.”

Using his knowledge and networks, Phil advises his colleagues in Corrections about services in the community that will support prisoners on release and their whānau.

One of the many examples is Te Oruanui Marae in Ohai, a small town in rural Southland. It offers a range of services such as alcohol and drug counselling, free community health checks and whānau ora, stopping-violence courses, educational referrals, community law and sporting activities. “Pretty much everything,” says kaumātua Jim Malcolm, who praises the work that Phil does.

“Prisoners are often unsure what services are available to them on release. Phil can point them in our direction, or link them up with one of his colleagues in their home region to help them access services like ours.”

Phil’s been in his advisory role since 2010 and before that, he was a probation officer with Invercargill Probation Services. “I’m constantly out and about, networking and identifying key people in organisations that can best help us reduce Māori re-offending.

“I particularly enjoy working with Māori communities because it means I’m always learning and practising tikanga and reo – important aspects of my role.” 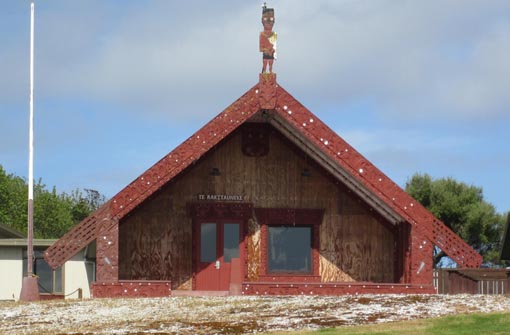 Phil points to the tikanga programmes provided by Waihopai Rūnaka in Invercargill and Otakou Rūnaka in Dunedin: one programme inside the prison and the other in their respective communities on Murihiku Marae and Otakou Marae.

Through toi Māori (Māori artforms), prisoners can use their creative skills to express themselves, communicate, become more self-aware and learn what is tika, Phil says.

“For some, it can provide employment. For others, it’s about a growth in confidence, self-esteem, self-discipline and wellbeing.”

The Department of Corrections contracted Waihopai Rūnaka to deliver the tikanga programme in the community in 2001. Ten years later, the programme was taken into Invercargill Prison.

Otakou Rūnaka’s involvement with its tikanga programme for Corrections is more recent. It was introduced into Otago Corrections Facility’s new prison in 2007, followed by a programme in the community at Otakou Marae in 2009. 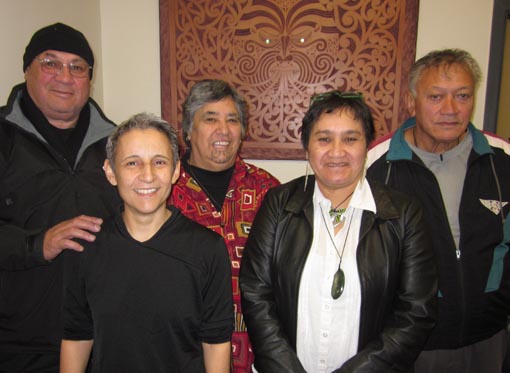 The programmes of both service providers include two facilitators, along with kuia and kaumātua from the marae. They visit the prisons, which provide a dedicated space for a noho marae where prisoners engage, exchange and experience tikanga Māori for a total of 60 hours.

On release from prison, the men can continue their learning and reintegration by participating in the tikanga-based programme on the marae.

“A key to the success of these programmes is whānau and whakawhanaungatanga – relationships between the rūnaka, Corrections, the prison and prisoners, their whānau and the community,” Phil says.

Waihopai Rūnaka and its tikanga programmes were recognised this year when it received Arts Access Aotearoa’s Big ‘A’ Prison Arts Community Award. “They were over the moon about getting the recognition and it’s encouraged them to ask, ‘What more can we do to help our Māori tane to stay offence-free?’”

Building on the rūnaka’s success, the programme was introduced into Christchurch Men’s Prison and Rolleston Prison in 2012. Waihopai Rūnaka runs the programme and co-facilitators Philomena Shelford and Peter Riddle, along with its two kaumātua Mhari Baty and Cyril Gilroy (both Ngai Tahu), travel to Christchurch twice a year to deliver the tikanga programme.