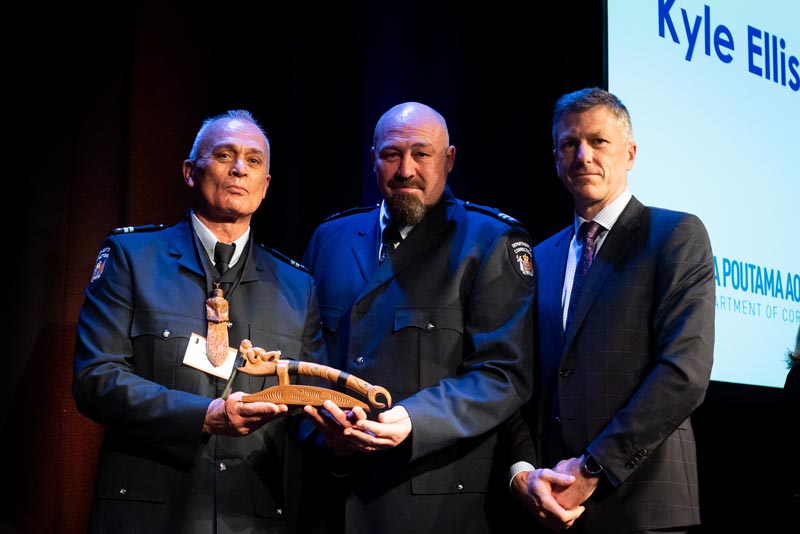 For Kyle Ellison and Pirika Taepa, being given the opportunity by the Department of Corrections to take part in a whakairo course at Te Wananga o Aotearoa in 2018 has been life-changing, on both a personal level and for the tāne they work with at Hawkes Bay Regional Prison. 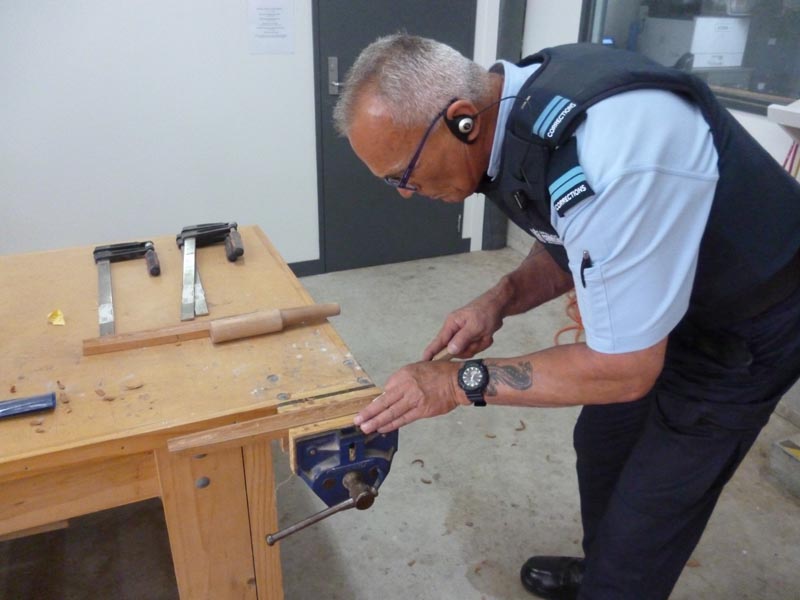 Both men work as offender employment instructors at the prison. Thanks to the skills and knowledge they gained on the whakairo (carving) course, they have completely changed what – and how – they teach at the prison to give it a strong Māori focus.

Kyle (Ngāi Tahu and Ngāti Porou), who teaches a Limited Credit Programme (LCP) certificate in wood manufacturing, says studying at the Wananga inspired him to move from teaching a completely paper-based course to one that incorporates a te ao Māori worldview.

The men taking his course gain practical carpentry and joinery skills by building model marae. At the same time, they learn the structure and tikanga around the marae – something most of them have little knowledge of.

So far two model marae, measuring about two metres by two metres, have been presented to local schools. Another two have been completed but are yet to be moved to their new homes. 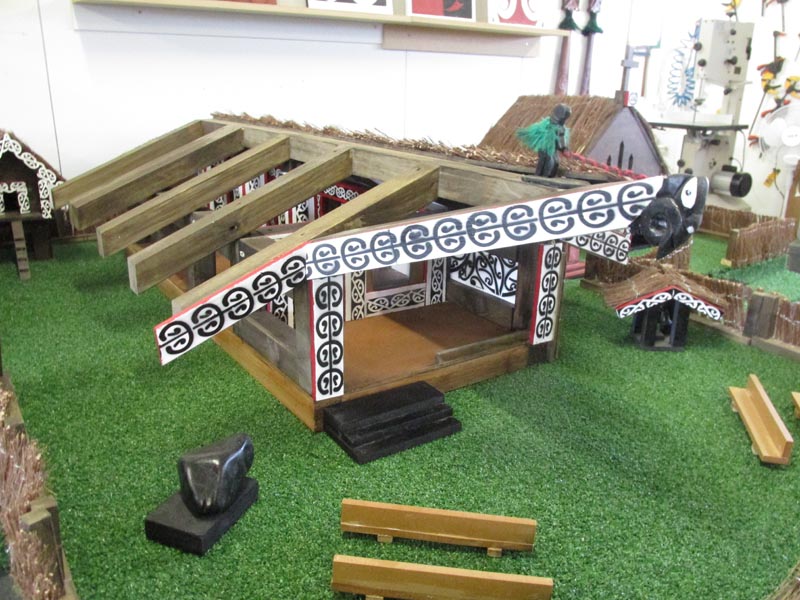 Kyle says taking the course increases the men’s confidence and gives them a sense of pride. “By giving them the opportunity to reconnect to their Māori identity, you see a  fantastic change in their demeanour. It’s amazing to see the transformation in some of the men.”

Pirika Taepa (Te Arawa, Te Atiawa and Ngati Kahungungu ki Wairarapa) was also inspired by learning whakairo at Te Wananga o Aotearoa. So inspired, in fact, that he is now completing a degree in Māori visual arts through the Wananga. He has also developed a new course at Hawkes Bay Regional Prison, teaching the men how to paint kowhaiwhai – the decorative patterns that adorn wharenui and other traditional buildings.

As with Kyle’s course, it provides an opportunity for the men to explore their whakapapa and connect with te ao Māori.

“One thing we do is work to establish their pepeha, because knowing where you’re from means that wherever you stand your whānau are standing with you,” Pirika says.

In their comments, the judging panel said:  “Kyle and Pirika are shining lights for the Department of Corrections, its Hōkai Rangi Strategy and investment in the arts. We love the energy of their mahi, their involvement with whānau and how they bring their whole selves to their work. They are role models, connecting community and prison through tikanga and toi Māori. They give hope and a future legacy based on strength, transformational change, aroha, tika, pono and mana.” 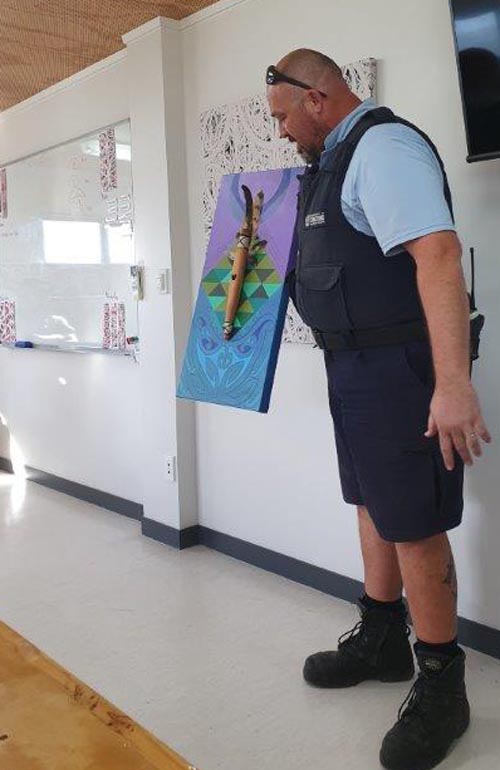 During his 24 years working for Corrections, Pirika has noticed that one of the things the men were most interested in was toi Māori – Māori arts. Through his own study he also knew how therapeutic it can be to paint kowhaiwhai. So with the support of his mentor, Glenn Hauraki, he decided to develop a course to teach it to men in the high security unit.

He’s still  working out how to align the course to NZQA’s unit standards framework. But despite not yet being able to get credits for the seven-week course, it’s very popular. Over the past year, Pirika has worked with 14 groups of men, with an almost 100% completion rate.

“The kōrero during the workshop of te ao Māori traditions and where they came from was therapeutic,” one participant says. “It’s helped me understand how to manage my PTSD through concentrating, listening and patience.”

Earlier this year, Pirika ran a week-long whakairo course for a group of 12 kowhaiwhai graduates, during which they carved taonga puoro (traditional Māori musical instruments). He hopes to eventually run more whakairo courses.

During the kowhaiwhai course the men work together on one large piece – most of which are now adorning the prison – before starting on a smaller, personal piece based on their relationship with a  loved family member.

A highlight of the kowhaiwhai course

One of the highlights of the course is the presentation ceremony at the end, where the tāne tell the story of their personal kowhaiwhai pieces for the first time; until then, they are asked to keep the story to themselves.

Hearing those stories can be very moving. “When you have a gang member who has produced a personal work and they have to talk about it, you can see how proud they are, and you can hear it in their kōrero too,” says Pirika.

Following the graduation ceremony these personal pieces are couriered to the whānau they were made for. “The families just love it and the men often tell us how much their whānau love getting that gift.”