Developments across the Tasman in arts for people who have lived with experience of mental illness, prison art, and the emerging concept of creative ageing were among topics discussed when Australian community cultural development worker Neal Price visited Arts Access Aotearoa this month. 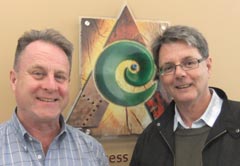 Neal, who has worked in the sector in Australia for 25 years, held discussions with new Arts Access Aotearoa executive director Richard Benge in Wellington.

He said there is emerging interest in Australia at the moment about creative ageing.

“We’re at a period where we’ve had one or two lots of baby boomers hit retirement. Coupled with growth in the number of residential homes for the elderly has come demand for greater lifestyle choices and an interest in how technology can assist entertainment and creativity. More and more older Australians are wanting access to the arts, whether it be theatre, music, dance, visual arts.”

Neal has been working on creative ageing projects focusing on oral histories and reminiscences.

“Everyone wants to tell their story when they are older. Many have a whole lot of old photographs about their particular suburb sitting in boxes, and the local history society down the road isn’t tapping into that resource. 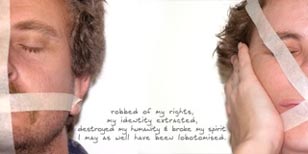 “I’d like to help elderly people document their lives so when they go to a new environment such as a retirement home they’ve still got access to their family treasures and memories.”

Neal has worked with a company called Feral Arts on an online digital storytelling project – using self-publishing to help older people and community members engage with computers and document their own personal histories.

“I’ve set up a reminiscence library which next year hopefully people will start using. From that I want to run oral history workshops and reminiscence workshops – all with an online component.”

Neal is currently working on a project for the Queensland Prisoners’ Legal Service, organising an exhibition and auction of prisoners’ art.

The exhibition is titled Last Works, because the 23 paintings and drawings on display are the last artworks exempted from new legislation in Queensland that bans the exhibiting of prison art.

“Prisoners in Queensland are no longer allowed to sell their art or receive any benefit from it. This has shut down a lot of activity around art in prisons.”

All the works in this month’s final exhibition are for sale, and the proceeds will go to the Prisoners’ Legal Service to extend their services to indigenous and non-indigenous prisoners.

Neal is concerned for the future of prison art in Queensland.

“With the shift towards privatisation of prisons in Australia, the emphasis seems to be moving from rehabilitation to punishment.  People in the sector are telling me it is increasingly difficult to find opportunities or new approaches in prisons. It is all very reductive.”

For the last six years Neal has been involved in a mental health art initiative with a hospital in Brisbane. 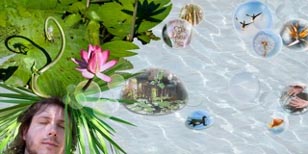 “We recently did a project called The Ripple Effect, which was 12 digital advertising images based on mental health issues – designed by mental health consumers in a collaborative process with two visual artists.

“It was taken to Melbourne where it won the mental health award at the Art of Good Health and Wellbeing Conference. The project is now ready for touring.”

Neal says Australia’s community arts sector is “still feeling the fallout from the demolition of the Community Cultural Development Board of the Australia Council five or six years ago”.

“The Howard Government decided the board wasn’t making the funding decisions it wanted it to, so the board was turned into a committee of the Australia Council called Community Partnerships. The focus shifted from directly funding individuals and arts organisations to only funding bodies that could find 50 per cent of the cost of a project from another partner.”

Community arts organisations are still getting funding through the new arrangement, but Neal says the amount of money available hasn’t grown, and several philanthropic trusts have frozen funding because of the world financial crisis.

“Communities change and respond in different ways. A lot of smaller to medium organisations that used to be able to access funding directly have disappeared or are struggling.  Others come up with innovative ways to continue, whether they are funded or not. That has been the resilience of a lot of community arts groups.”